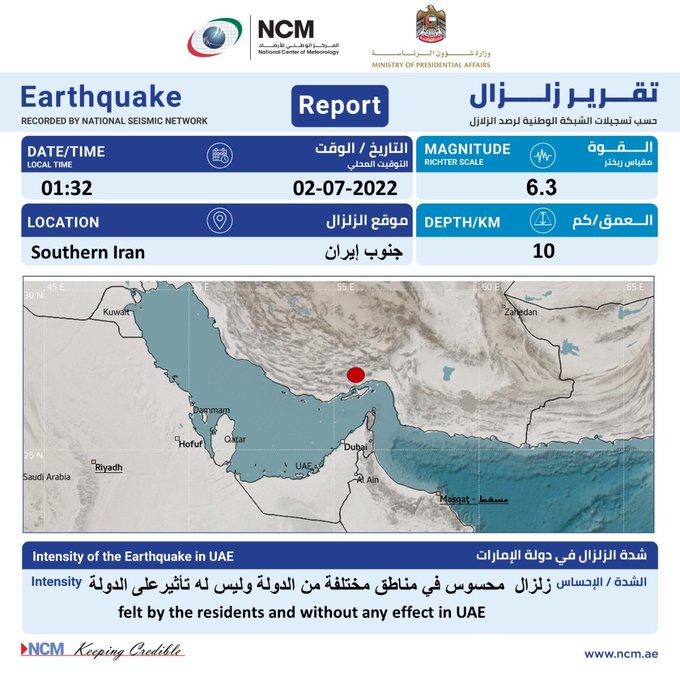 An earthquake measuring 6.3 on the Richter scale hit southern Iran in the early morning hours, as some residents of the UAE felt, according to official sources.

The UAE’s National Center of Meteorology said the stations of its national seismic network recorded a 6.3 on the Richter scale earthquake in southern Iran at 1:32 am, which corresponds to 07/02/2022, according to the local time of the UAE where the earthquake was slightly felt in The state has no effect.

The center added in its official account on “Twitter” that the earthquake was felt in several regions of the Emirates and had no effect.