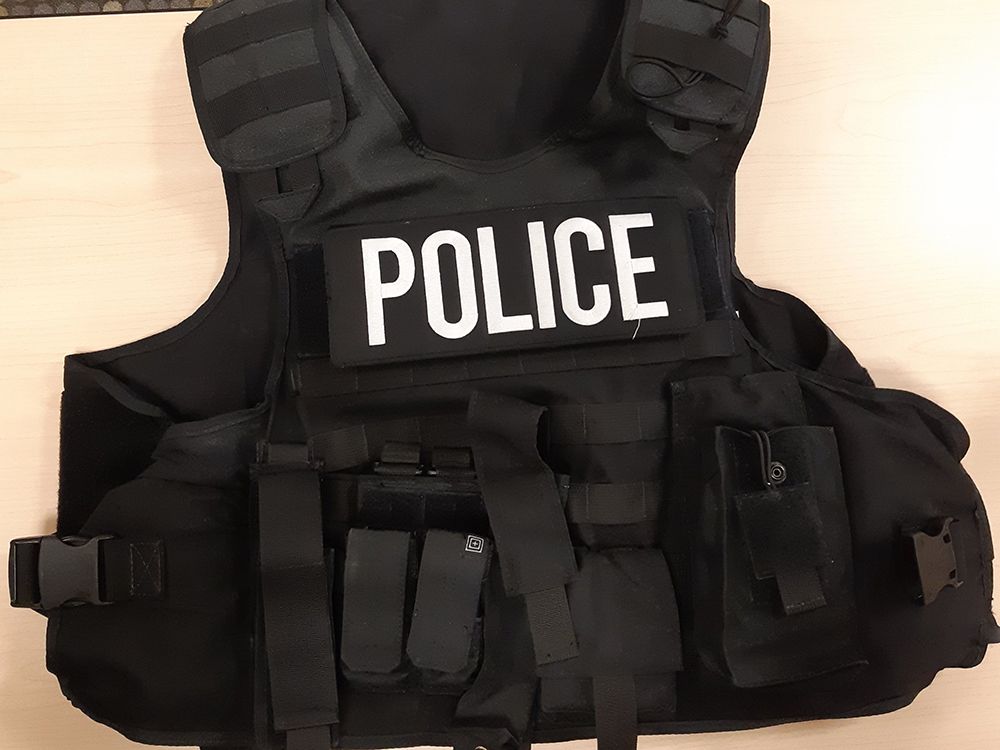 Calgary Police say some of their equipment was stolen from an unmarked service cruiser on Tuesday.

The agency said in a statement it would inform the public about the theft resulting from the possible fraudulent use of police-marked clothing.

The vehicle was parked downtown, with officers clear of the car. When they returned, they found that some items had been stolen.

These include a large black vest with a police patch on the front and back, with applied soft armor panels.

Police are investigating how the car entered and who was nearby at the time of the theft.

“We wanted to alert the public to gather information about the theft and to become aware of how this equipment might be used,” the Calgary Police Department said in a press release.

Those unsure whether a police officer approaching them is legitimate are asked to call 911 to verify the officer’s identity.

Police said every officer is required to wear a badge and identify himself by his last name or regimental number when requested by a member of the public.

“We understand this may cause alarm and concern to the community and we have devoted several resources to this investigation in hopes of quickly restoring this equipment,” said Staff Sgt. Mark Auger of the CPS’s General Investigation Unit said in a statement.

Police asked those with information about the theft to call the Non-emergency line at 403-266-1234, or leave tips anonymously through Crime Stoppers at 1-800-222-8477 or calgarycrimestoppers.org.