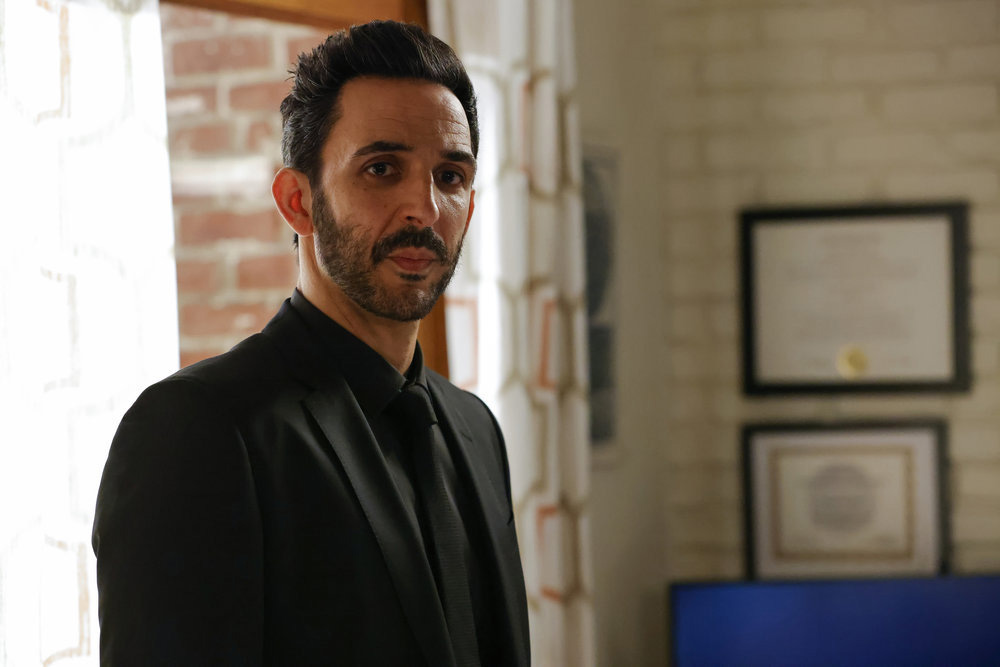 EXCLUSIVE: The blacklist bids farewell to two regulars on the series, including one of NBC drama’s longest-serving cast members, Amir Arison. The actor, who played Aram Mojtabi for the past nine seasons, is leaving as he prepares for his Broadway debut this summer as Amir in The kite Runner.

Also leaves Laura Sohn, who played FBI agent Alina Park for the past three seasons. The endings of both characters were revealed at the end of the Season 9 finale.

As Arison departs as a regular series, the door remains open for him to make guest appearances in Season 10. His departure comes a year after another big one. Black list cast exit in the Season 8 finale when the original female lead signed Megan Boone.

“I am so honored to play Aram Mojtabai for 9 years on the blacklist,” Arison said in a statement to Deadline. “It has not escaped my notice how lucky I am to have had the opportunity to work and evolve with a role for 9 years with this extraordinary cast, crew, writers and producers. However, I couldn’t pass up the opportunity to fulfill a childhood dream of playing ‘Amir’ on Broadway in The kite Runner with a stage adaptation that is both breathtaking and topical. The producers, studio and network have been so supportive of my decision and Aram remains “alive” with the potential for a possible return at some point. Story-wise, it feels so organic with the events of last season to take this step, and I couldn’t have asked for a better outcome.”

SPOILER ALERT: Beyond this point, there are details about the season finale of The blacklist†

In the finale (more details on that later), Aram announced that he is taking some time off and plans to “maybe” [catch] a Broadway show” as he steps back after an intense story act that culminated in the recent episode “The Bear Mask,” which emphasized the importance of mental health.

Arison joined The blacklist as a recurring in season 1 and was promoted to series regular in season 2. He was one of four season 9 series regulars who had been on the show since season 1, alongside star James Spader as well as Diego Klattenhoff, Harry Lennix and Hisham Tawfiq.

“Amir has been a big part of” The blacklist family,” executive producer/showrunner John Eisendrath said in a statement to Deadline. “He’s a great actor and an even better person. We wish him the best and hope he can return next year to reprise the role for some very special episodes.”

Sohn joined The blacklist in season 7 as a recurring show and was promoted to series regular from season 8. She leaves the series to pursue other projects.

Tonight’s Season 9 finale opens with Harold (Lennix), Dembe (Tawfiq), Red (Spader), and Alina (Sohn) on the hunt for Marvin (Fisher Stevens), who is later discovered on a private jet set to take off to Cuba . Marvin is taken into custody and presents a deal to Cynthia (Deirdre Lovejoy) to replace Red in the Task Force and have him arrested. Marvin tells Cynthia that he would start a new task force and send a steady stream of criminals to Justice. Red later threatens to kill Marvin, who orchestrated Elizabeth Keen’s murder, but Marvin ends up taking his own life and shooting himself in a car after being released from custody.

At the end of the episode, with Marvin now dead, Cooper cleared of charges related to the death of Doug Koster, and the Reddington Task Force set to continue, the team assembles at Liz’s grave to celebrate the third anniversary of to mark her death. While remembering Liz at the cemetery, Aram announces to the team that he has decided to take some time off.

“It’s been three years since we lost Elizabeth. In some ways it has become easier. But in most ways it still hurts,” Aram says. “There goes my hope of doing this without crying… And this part won’t be easier. After much thought, I decided to take a break. I don’t know how long, but I do know…gone.”

He continues: “My plan is not a plan. I found a cool place in Brooklyn. I go there and you just know I go on my bike, do New York, eat a lot of pizza, watch the people, maybe a Broadway show. Anyway, I know we’re here to talk about Elizabeth, but I wanted to tell you already.”

Alina van Sohn also announces to the team in one of the last scenes that she is pregnant, and after an appointment with the Bureau neurologist, she tells them that this is probably the cause of the headaches she has been experiencing that have recently started. worsened, but until the cause is known she has definitely decided to go on medical leave.

In the final scene, Chin Han reprises the role of Wujing, one of the very first Blacklisters from Season 1, escaping from prison after learning from Marvin that Red is actually an FBI informant responsible for his imprisonment. Wujing, now free, sets his sights on killing Red, rather than returning home, but he won’t do it alone. He has Gerard’s list of other Blacklisters he can recruit to defeat Reddington, setting the stage for Season 10.

Arison leads and tells The kite Runner, based on the NYT bestseller, a haunting tale of friendship that spans cultures and continents. Set in Afghanistan, it revolves around a man’s journey as he faces his past and finds redemption. After a West End run, the piece will begin on July 6 for a limited run through October 30, opening night on July 21.

On TV, Arison also recently appeared in Hulu .’s limited series the outage starring Amanda Seyfried. His other TV credits include recurring and guest appearances on shows including: Law & Order: SVU, American Horror Story, Ramy, Billions, Bull, Homeland and girls† On the movie side, he recently starred in the indie drama 20 weeks.

Arison is currently directing a docuseries about working with 8-year-old cancer survivor Tatianna Bernard on the making of Tati’s Fashion Show and its impact on her health and family life. He is the recipient of MIFF’s Mendez Award, presented to an individual in the entertainment industry who uses their platform to give back, and also recently received the SJFF Pomegranate Lifetime Achievement Award.

Sohn also has a guest role in NCIS: New Orleans, God befriended me and Instinct.

Arison is represented by Sweet 180 and Meyer and Downs.