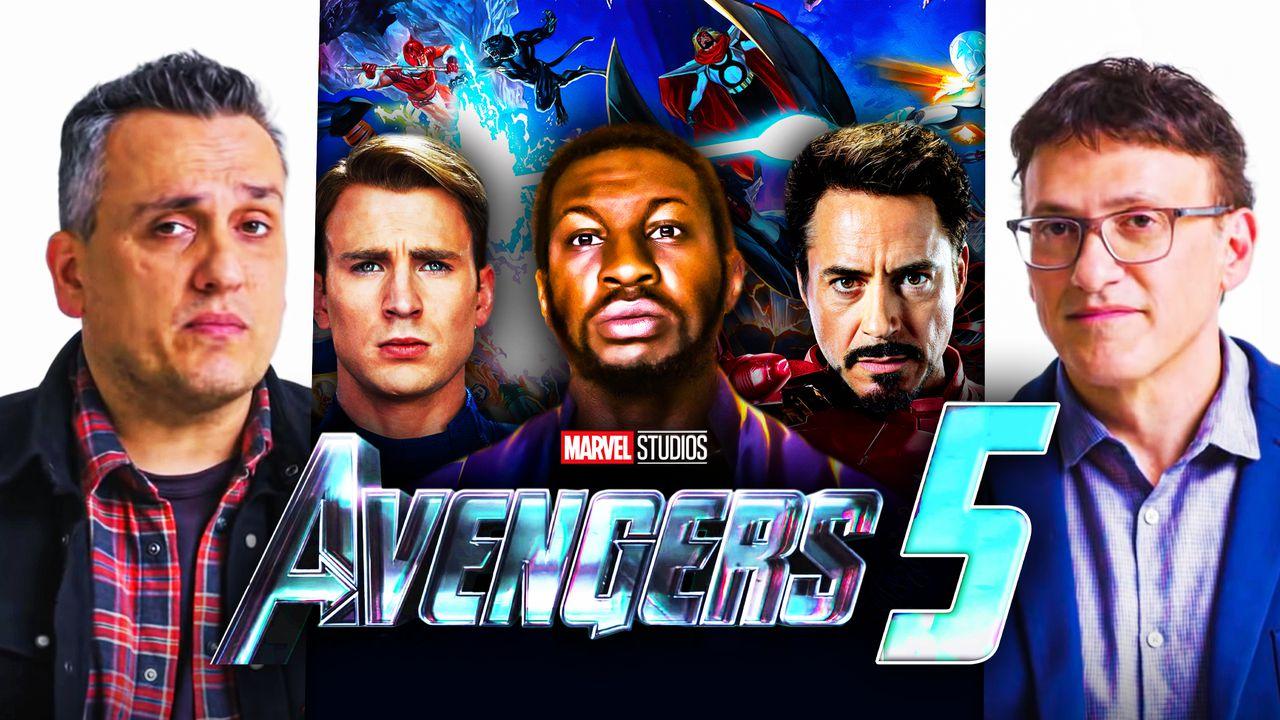 As directors of Avengers: Infinite War, and Avengers: Endgameand the last two Captain America movies, brothers Anthony and Joe Russo have established themselves as titans in the world of MCU creators. Some of the Infinity Saga’s most beloved works were brought to the screen by the Russos, and fans have long wondered if they’ll return to lead another MCU project.

The brothers recently shared glimpses of their next non-MCU work, but they haven’t been silent about their potential interest in a Marvel return. Their tastes remain dependent on the big events, it seems, as the Russos have their eyes set on one of the biggest conflicts in all of Marvel lore: the Secret Wars. As Kang is poised to take center stage and the Multiverse becomes a household name among MCU fans, there’s plenty of reason to think the catastrophic World War will be set in Avengers 5.

The brothers were recently asked about their thoughts on returning to their MCU tribal area and what it would take to lure them back.

Russos would return for the right story

A tweet from AP entertainment showed a clip from an interview with the Russos where they commented on their return to Marvel. The brothers were immediately receptive and said: “We’re always open to it. We love those guys, we love everyone there.”

They did notice that “straight away [their] slate is quite full”, with work for their production company AGBO. Several works in progress by the company were specifically mentioned, including: Everything everywhere at once, the gray manand the Netflix distributed The electrical state.

Joe Russo would definitely add that “you never say never” and made it clear that “If the right story is set at the right time, we’ll all get back to work.”

The Secret Wars could surpass the Infinity Saga

The work the Russo brothers did to create civil war, infinite war, and Endgame in colossal blockbusters confirmed the MCU’s status as an entertainment titan. With the Infinity Saga now in the past with the dawn of Phase 4, many are wondering if Marvel Studios could ever hope to overshadow the epic battle against Thanos.

While there are plenty of theories as to what Kevin Feige and the other behind-the-scenes creatives might be lining up for, it’s clear it’s going to have to be something groundbreaking. For many fans – especially given Phase 4’s love of the Multiverse – the obvious answer is the Secret Wars. The multiverse war was already suggested in Lokiand with the Fantastic Four coming to the big screen, the conflict’s orchestrator, Doctor Doom, may join them.

Not many villains have the kind of impact Thanos has, but Doctor Doom is definitely one of them. In the Secret Wars comics, Doom rose to the title of God-King of Battleworld – a huge combination of worlds from across the Multiverse. A story like that would prove to be an incredible storyline to bring to the big screen, and it’s one the Russos have said they’d love to direct.

It still depends on whether the Russos will return. For now, fans will have to be content with a battle between the gods when Thor: Love and Thunder crashes in theaters on Friday, July 8.