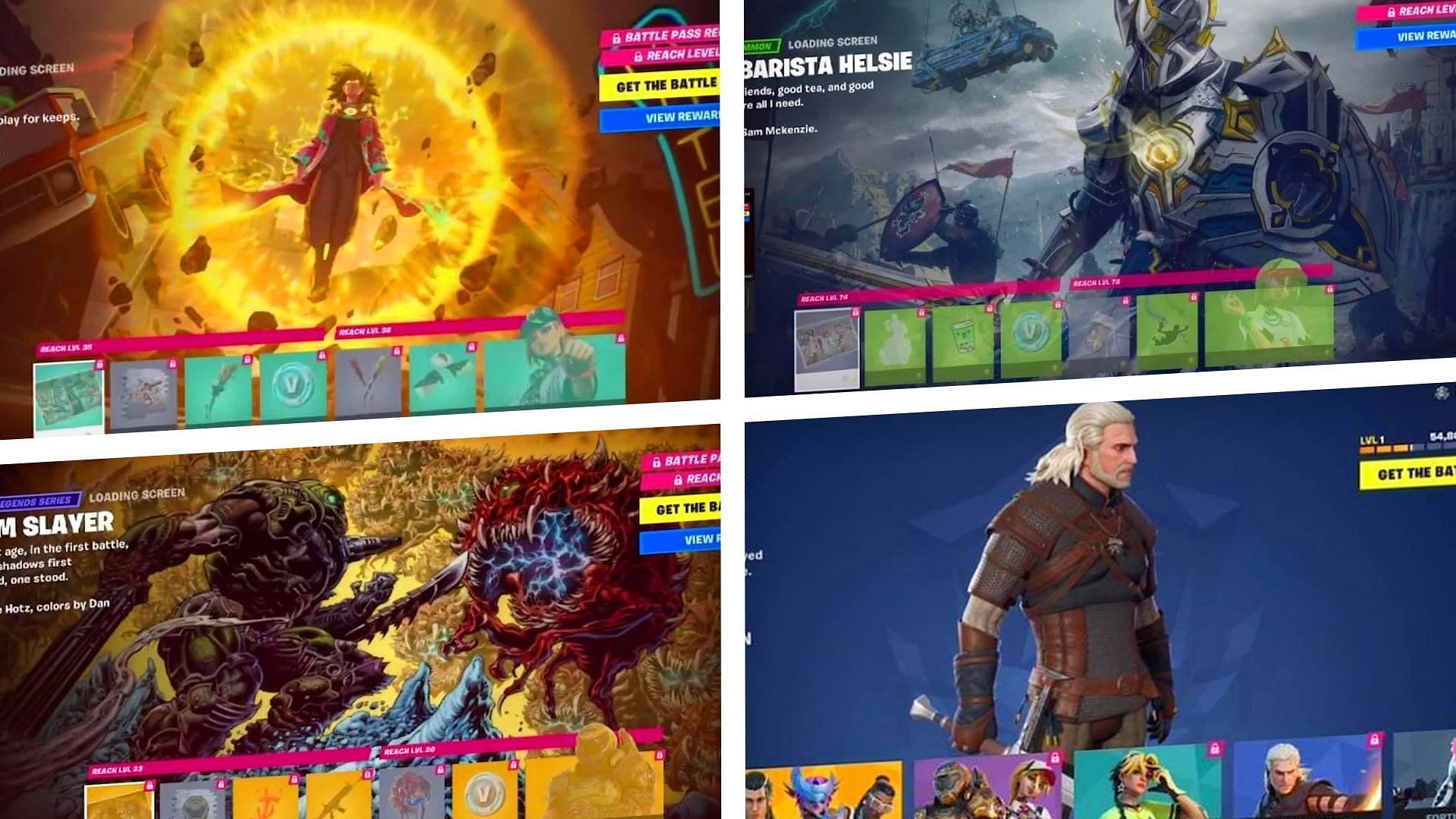 Fortnite Chapter 4 Season 1 Battle Pass Leaks are starting to flood the community on Twitter. Despite the official trailer still hasn’t premiered and the downtime is still a while away, leakers have been able to get their hands on leaks for cosmetics

While the cosmetics on display in the game are more than enough to get the hype train rolling, the developers have gone the extra mile this time around. Based on the leaked images seen so far, the UI has been redesigned and looks great.

Instead of having to scroll down and look at a cluttered page full of cosmetics, things have been reworked to look more streamlined. That said, here’s more information on Fortnite Chapter 4 Season 1 Battle Pass Leaks.

Here’s a first look at the new Battle Pass UI. This already looks much better than the current system!

(Thanks to @MrDarkWobbles for providing all these leaked images!)

Here’s a first look at the new Battle Pass UI. This already looks much better than the current system! @MrDarkWobbles for providing all these leaked images!) https://t.co/PelCgcmqku

As seen in the Fortnite Chapter 4 Season 1 Battle Pass Leaks, the UI looks much cleaner and easier to use than that of the Chapter 3 Battle Pass system. Everything is neatly spaced out to make it easier to find the tab most relevant to the user.

In addition, cosmetics are also compressed. Each segment of the Battle Pass is now divided into eight levels (subject to change from page to page). Players can unlock one cosmetic item per level they progress.

While this may not seem like much of a change, for those who regularly use the Battle Pass to look at cosmetics, it will give them a cleaner look at things. That said, it’s time to check out the skins and other cosmetic items.

It’s no secret that Geralt of Rivia will be an in-game skin. As shown in the Battle pass UI, it even has its own tab. In total, there are six cosmetic items available under his tab that players can acquire as they progress through the Battle Pass.

In addition to this monster slayer, Doom Slayer will also be featured in the Battle Pass. After rumors of a collaboration started to surface in December 2021, it was only a matter of time before the skin appeared in the game.

The self-proclaimed savior of reality, Geno, will also be featured in Fortnite Chapter 4 Season 1. Known as The Ageless Champion, he likely has multiple styles for players to choose from.

Aside from these S-tier skins, Fortnite Chapter 4 Season 1 Battle Pass Leaks also show other characters. For now, however, their names are largely unknown. Nevertheless, based on their first impressions, they will also make great in-game skins.

Most of them can be found in the lower pages of the Battle Pass. This makes obtaining them relatively easy and fast. It should also be noted that all of them will probably also have bonus styles to unlock later in the season.

While Winterfest 2022 has nothing to do with Fortnite Chapter 4 Season 1 Battle Pass Leaks, it has been thrown into the mix. The lobby screen for the winter festivities has been unveiled and it looks absolutely cozy.

Additionally, according to leakers, a new variant of Guff, currently called Winter Guff, will likely be the first free skin for Winterfest 2022. Like last year, players will receive freebies throughout the month of December.