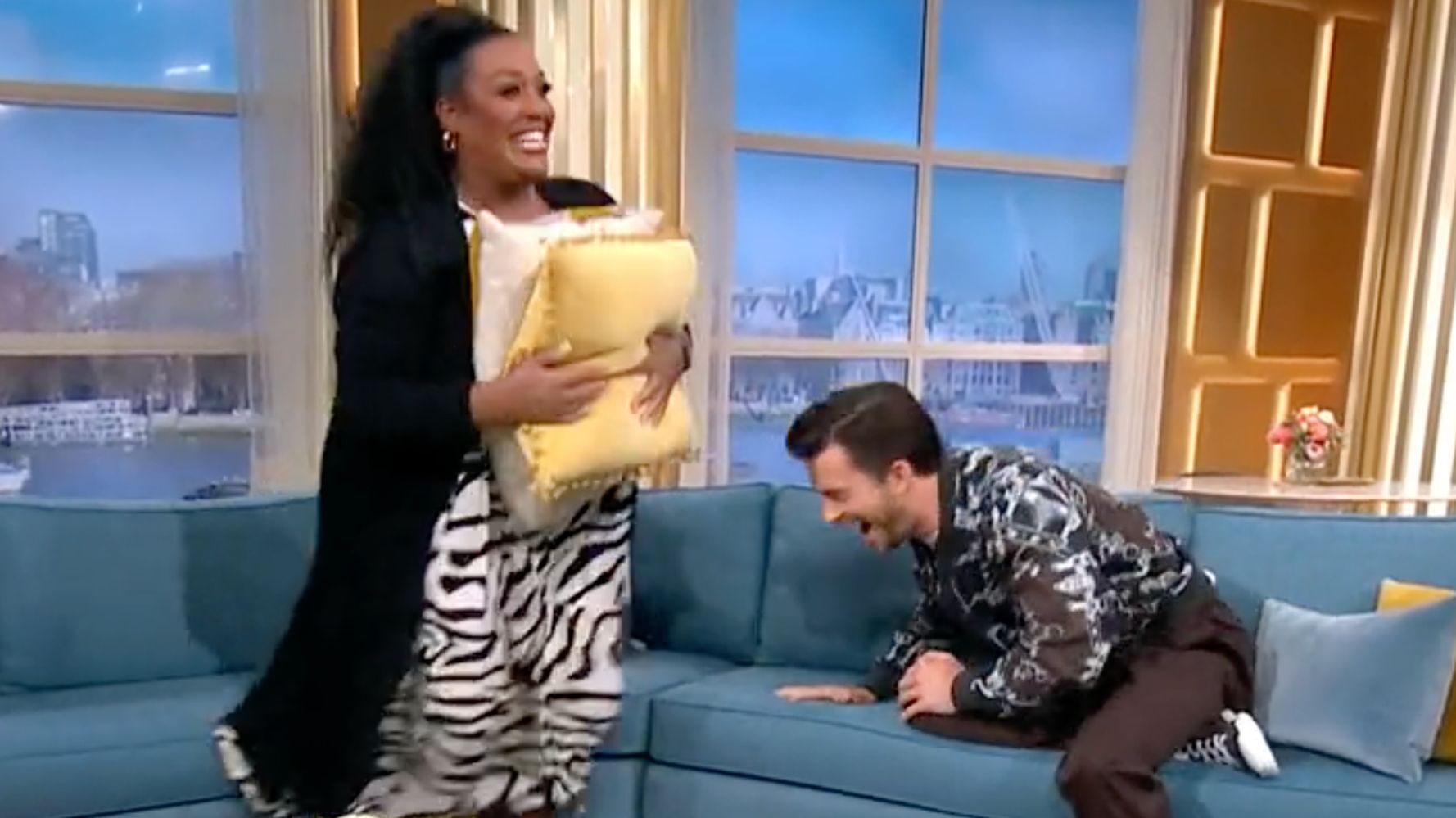 While Alison Hammond might not be a fan of all the “shakey shakey” in Bridgerton, she was still keen to have a live demonstration of how the show films its infamous sex scenes during an interview with leading man Jonathan Bailey.

The actor – who plays Anthony Bridgerton in the hit Netflix period drama – appeared on This Morning on Friday to discuss the second season of Bridgerton, which debuted last week.

When the topic of the reduced number of sex scenes in the new series was brought up, Alison admitted she prefers it that way, but still got into the nitty gritty of how they film them.

Asking about the half-inflated netball it was recently revealed was used during filming the show’s intimate moments, Alison shouted out across the studio: “Have we got a netball anyone? So we can get a demonstration?”

As Jonathan shifted on the sofa, Alison said: “I thought you were coming to show me then.”

She then began gathering up cushions from the sofa, shouting: “I’m ready!”

Jonathan revealed there was a “three barrier rule” during filming, explaining: “You’ll have your barrier, I’ll have mine and this would be the half-inflated netball.”

Alison’s amused co-host Dermot O’Leary noted she was being “very thorough with her research”, with Alison insisting: “I just want to know how it works.”

“This is like a screen-test… you’re passing with flying colours,” Jonathan told Alison. “I’m knocked off my feet.”

As the interview ended and Alison threw to a break, she could be heard saying to Jonathan, “let’s go back to what we were talking about,” before screaming.

Later in the show, Alison revealed that during the ad break, Jonathan had also obliged in allowing her to dance with him.

“Best day of my life,” Alison said. “I just wanted to dance with him in this moment… I’m a little bit flustered.”

Dermot joked: “More often than not, when someone comes in and ask, ‘can I have a picture please?’, suddenly that escalated.”

This Morning airs weekdays at 10am on ITV.