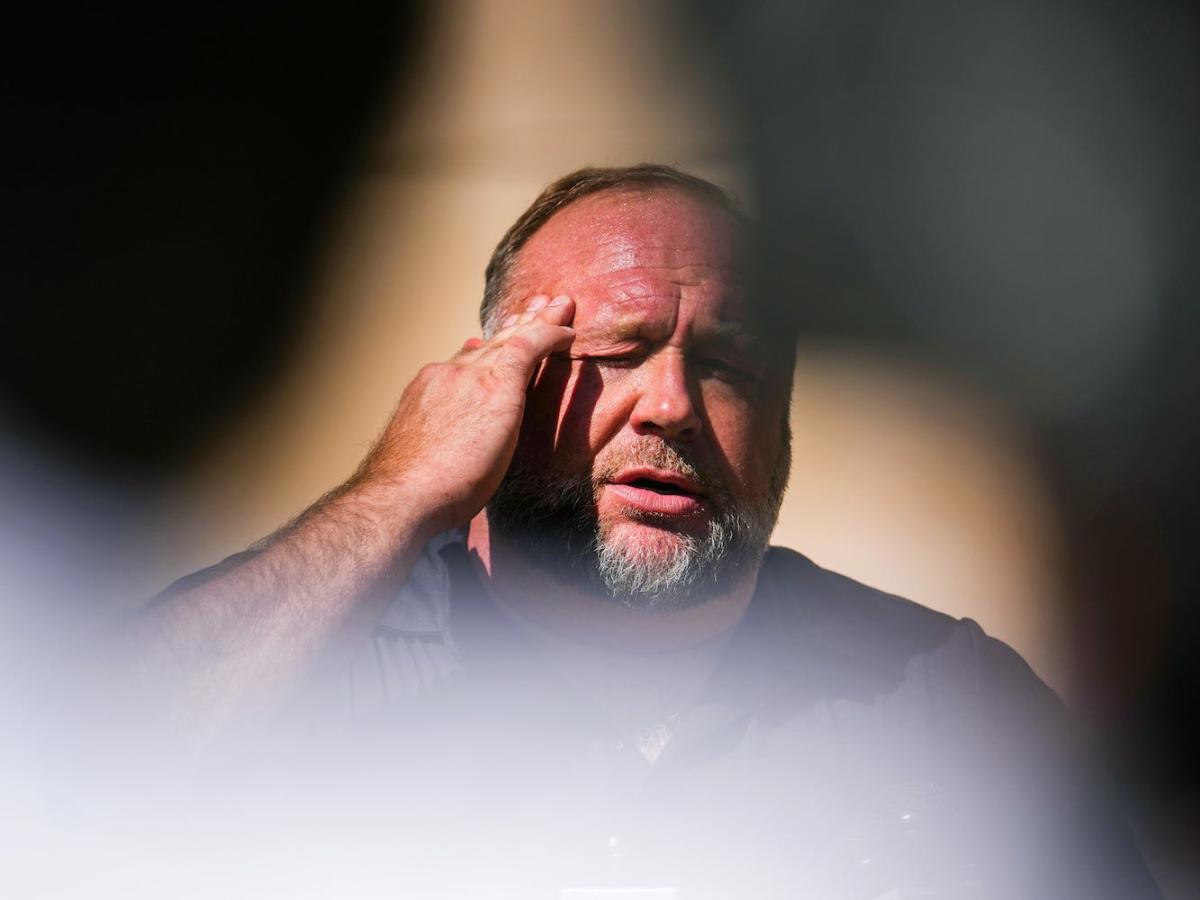 InfoWars host Alex Jones, who mocked families of Sandy Hook victims and swore they would never be paid, said Wednesday he has less than 1% of what he owes them, Reuters reported.

In a lawsuit filed Wednesday in a Houston court, Jones said it would be “functionally impossible” for him to pay the $1.5 billion he owed to the families of elementary school children killed at the Sandy Hook shooting in 2012.

The conspiracy theorist said he has less than $12 million of the amount ordered and asked for more time to file financial reports, claiming his personal finances are “slightly disorganized,” Reuters reported.

Jones was ordered to pay damages to the families of the Sandy Hook victims following a series of libel lawsuits this year.

In the latest verdict in October, when a Connecticut jury ordered Jones to pay relatives nearly $1 billion in damages, the conspiracy theorist responded with laughter and disbelief.

“Do these people really think they’re getting any of this money?” he told viewers as he live-streamed the verdict at the time, according to NBC News reporter Brandy Zadrozny.

During Jones’s first bankruptcy hearing in court on Wednesday, an attorney for the Sandy Hook families questioned whether Jones was lying about his finances.

“We’re here because Mr. Jones’ share of the trade is lies, not truth,” David Zensky said, according to Reuters.

Jones was not present, although his lawyer, Vickie Driver, was present. Driver did not immediately respond to Insider’s request for comment.

The conspiracy theorist has spent years spreading false theories about the 2012 Sandy Hook shooting in Newtown, Connecticut, which killed 20 first graders and six adults. He repeatedly claimed it was a government hoax aimed at restricting access to guns.

Since his legal troubles, Jones – who has continued to appear on InfoWars – has been asking his viewers for direct donations.