Anthony Albanese has been sworn in as Prime Minister, but we don’t know yet whether Labor can form a government itself.

Labor currently has 74 seats, and two more are needed for a majority.

Seven seats are still too close to call as the votes are counted and the preferences are handed out.

In the Brisbane seat, Labor and the Greens are nearly tied for second, and the winner has the potential to beat the LNP’s Trevor Evans.

On the Deakin battlefield in Melbourne, Michael Sukkar has recaptured the lead by just 55 votes.

In the previously safe Labor seat of Macnamara in Melbourne, incumbent Josh Burns is fighting for his job with Greens candidate Steph Hodgins-May. This will come down to liberal preferences.

In Ryan’s Brisbane seat, Julian Simmonds of the Liberals is narrowly ahead of Elizabeth Watson-Brown of the Greens. This seat will depend on who the Labor voters elected first.

In Sturt’s Adelaide seat, Liberals’ James Stevens is a thousand votes ahead of Labour’s Sonja Baram. 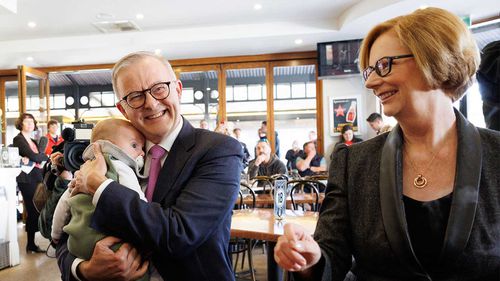