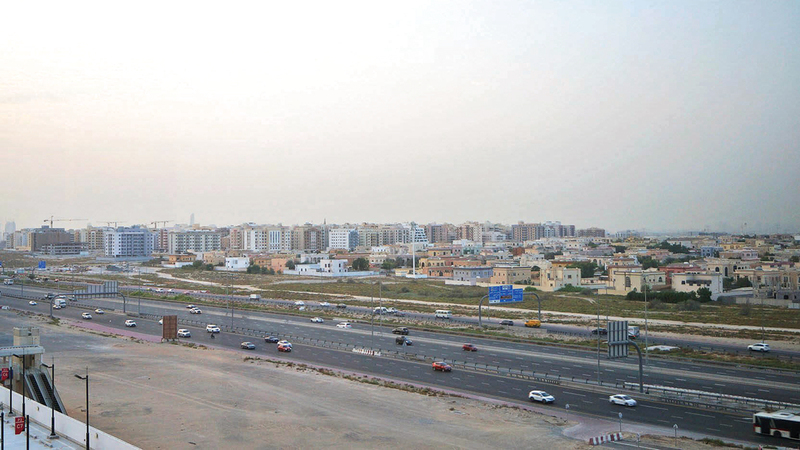 A recent report from Bayut.com, a website specializing in real estate research, monitors the prices of rental properties in the Al Warqaa area of ​​Dubai, for both apartments and villas.

According to the report, of which “Emirates Today” reviewed a copy, the Al Warqa area includes distinguished options for apartments and villas, at a time when it is witnessing significant and ongoing development in residential real estate.

Divided into five sub-districts, Al Warqa stands out for its strategic location on Sheikh Mohammed bin Zayed Road, making it easier for residents to reach other vital areas of Dubai.

Al Warqaa also includes parks and leisure parks as it is home to the “Dubai Safari” park, in addition to three other parks in “Al Warqa’a 4” and “Al Warqaa 3”, which include running and cycling trails, in addition to two soccer fields and a basketball court, and another for tennis, residents can also shop at Al Warqa Mall, which includes a distinguished group of stores.

The report stated that the majority of real estate in Al Warqa is limited to villas, but a group of apartments can be found in Al Warqa 1 .

Al Warqa 3 is considered to be one of the most popular residential complexes among those looking for rental villas in the Al Warqaa area as it includes sports fields and a garden for families, in addition to its proximity to Al Warqa Mall.

In turn, “Al Warqa’a 2” is distinguished by the inclusion of a wide range of residences, including apartments and villas with distinctive facilities, and includes fitness clubs and swimming pools, in addition to running tracks.

According to Bayut.com, the search rate for villas for rent in Al Warqa 2 was about 25.83%, while the average annual rent for a villa is 211,000 dirhams, and five-bedroom villas can be found with an average rent of 246,000 dirhams per year. .

The report pointed out that “Al Warqa 4” is one of the preeminent residential complexes in the region, as it is also characterized by the availability of amenities such as playgrounds, parks and running tracks, leading to an increase in the search rate for villas for rent. in it up to 24.29%, while the average annual rent for a villa in the region is 217. thousand dirhams.

Most of Al Warqa’s real estate is limited to villas and a group of apartments can be found in Al Warqaa 1 .