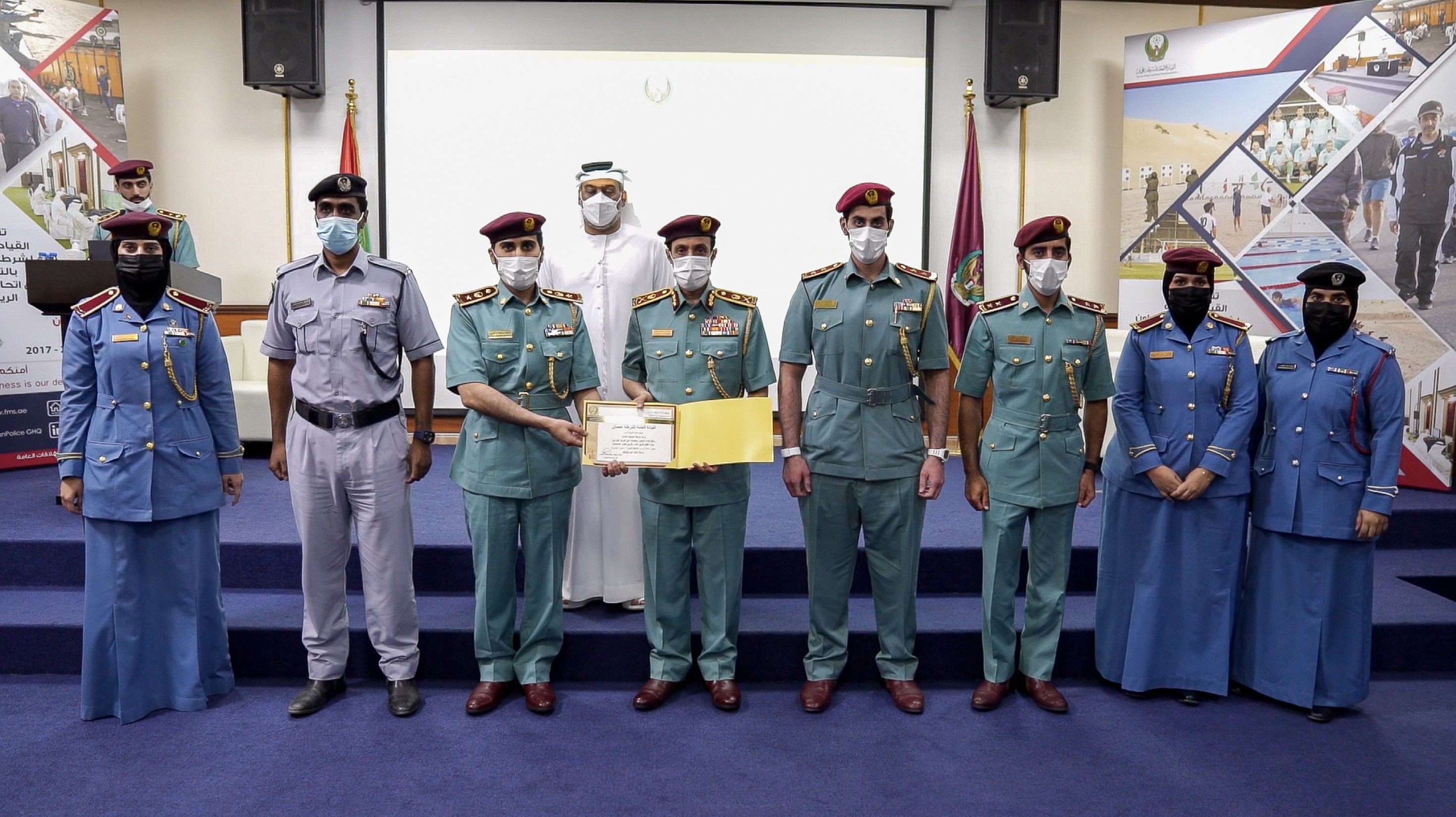 The Commander-in-Chief of Ajman Police, Major General Sheikh Sultan bin Abdullah Al Nuaimi, honored the winners of His Highness the Minister of the Interior’s award before the Supreme Commander’s podium in his sixth session, in the presence of the Deputy Supreme Commander, Brigadier General Khaled Muhammad Al Nuaimi, Directors General and Department Directors of the Ajman Police Force, Team Members, Residents and Supervisors of the Award, and Distinguished The Awarded Officers and Associates, at the Emirates Hall at the Police Training Institute.

Major General Sheikh Sultan bin Abdullah Al Nuaimi presented a Certificate of Honor to the Director General of Police Operations, Brigadier General Abdullah Saif Al Matrooshi, for winning the Leading Entity Award by the General Administration, and the Axes Achievement Award for the axes of achievement the vision and axis of distinctive value The Director General of Resources and Support Services honored Brigadier Mubarak Khalfan Al Razi for winning the Public Administration Award for achieving the potential axis.

The award included the institutional and police excellence teams, who won first place with two awards for the best work team, and the leading squad group Al Nuaimiya Comprehensive Police Center, while the Electronic Performance Management System Project (Enjaz) took first place with the award for the best development project.

In a related context, and in appreciation of their outstanding efforts, the Commander-in-Chief of Ajman Police Department honored and commended the evaluation teams and the administrative work team for their efforts, which had a prominent impact in the implementation and organization of the award.