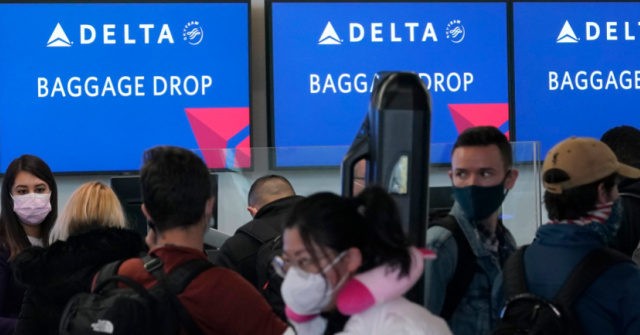 As passengers experienced more than usual delays and canceled flights on July 4, an Axios report revealed airlines knew ahead of time there would be problems.

However, the airline tried to pre-empt a potential problem by allowing customers to change their plans with free rebooking, normally at a cost of as much as $200 per ticket.

Delta’s system-wide travel waiver allows customers to “rebook their trip to before or after potentially challenging weekend travel days — with no fare difference or change fees, as long as customers travel between the same departure point and the same destination.”

As Axios noted, Delta’s waiver allows customers to not pay the fare difference for a new flight as long as the new flight has the same departure point and destination. However, Delta’s travel window is tight, specifying that rebooked trips must be completed by July 8, a Friday, and customers will not be allowed to travel to the weekend.

Despite all this, no one wants to take the blame. The airline industry and the federal government agency responsible for air travel – the Federal Aviation Administration (FAA) – blame each other.

Delta’s CEO, Ed Bastian, told his staff in a June 29 webinar that he sees a “stressed out” air traffic control system as the leading cause of flight disruption.

“This is about a partnership and the government has to step up,” Bastian added. “It should get better, but this will be a limitation that will stick with us for a while.”

But Biden’s secretary of transportation, Pete Buttigieg, the head of the department overseeing the FAA, has blamed downsizing airlines, which saw a significant drop in air traffic during the coronavirus pandemic. .

“Most cancellations and most delays have nothing to do with air traffic control personnel,” Buttigieg told NBC News’ Lester Holt on June 28.

Jacob Bliss is a reporter for Breitbart News. write it down [email protected] or follow him on Twitter @JacobMBliss†