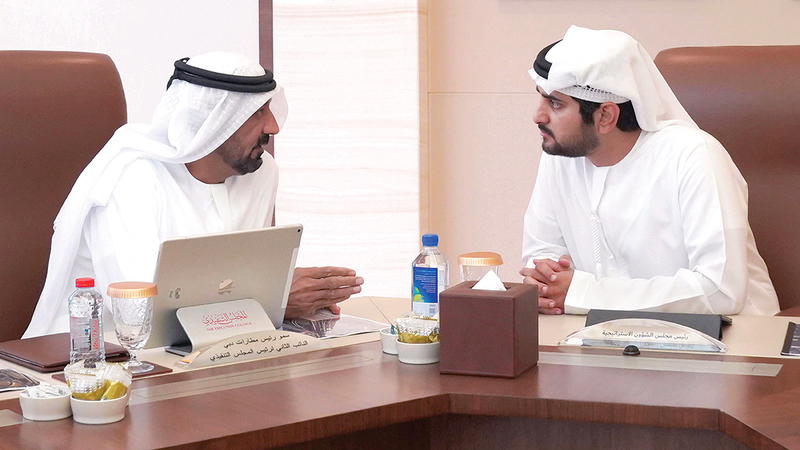 His Highness Sheikh Maktoum bin Mohammed bin Rashid Al Maktoum said in a tweet on his Twitter account: “In every chapter of Dubai’s success you will find the name Sheikh Ahmed bin Saeed Al Maktoum… he accompanied his leader since childhood and worked according to his vision to make it one of the most beautiful.” Cities of the Earth.. He contributed to her global leadership in the aviation sector and dedicated his efforts to build a pioneering government, a global economy and a modern city. Thank you to Sheikh Ahmed bin Saeed for what he has done and presents to Dubai every day.

Today, he is the top president and CEO of the Emirates Group, which includes dnata, which specializes in travel, tourism and ground handling services, among a number of other companies related to the aviation and travel industry.

Under his leadership, Emirates Airlines has grown into a multi-award-winning global company, operating a network of more than 150 destinations on six continents, operating more than 270 aircraft and the largest fleet of Boeing 777 and Airbus A380 aircraft in the world.

Proving the vision and strategies of His Highness Sheikh Ahmed bin Saeed Al Maktoum are the major achievements of Dubai International Airport in its transformation from an airport with 45 airlines serving 80 destinations, with passenger numbers not exceeding 8.3 million passengers in 1985 , into a global aviation hub with an airline network of more than 130 airlines connecting 220 worldwide destinations.

It also marks the opening of “Dubai World Central” – Al Maktoum International Airport in June 2010, one of Dubai’s historic moments, and the transformation of the emirate into a prestigious global center for civil aviation and logistics. With the launch of the airline “Fly Dubai”, Dubai added more success to its account.

Given the leadership positions that His Highness Sheikh Ahmed bin Saeed Al Maktoum has held in government, his role in formulating policies and strategies has helped advance Dubai’s vision, economy, local associations and culture in the emirate.

His Highness, who received a university degree from the University of “Denver”, Colorado, in the United States, has achieved international acclaim for his distinguished contributions to the development of the civil aviation industry in the Middle East. He has been honored by the British Royal Aviation Society, one of the oldest, most respected and respected professional bodies in the world, for his achievements in civil aviation, whose membership has been since 1994.

Ahmed bin Saeed devoted his efforts to building a pioneering government, a global economy and a modern city.