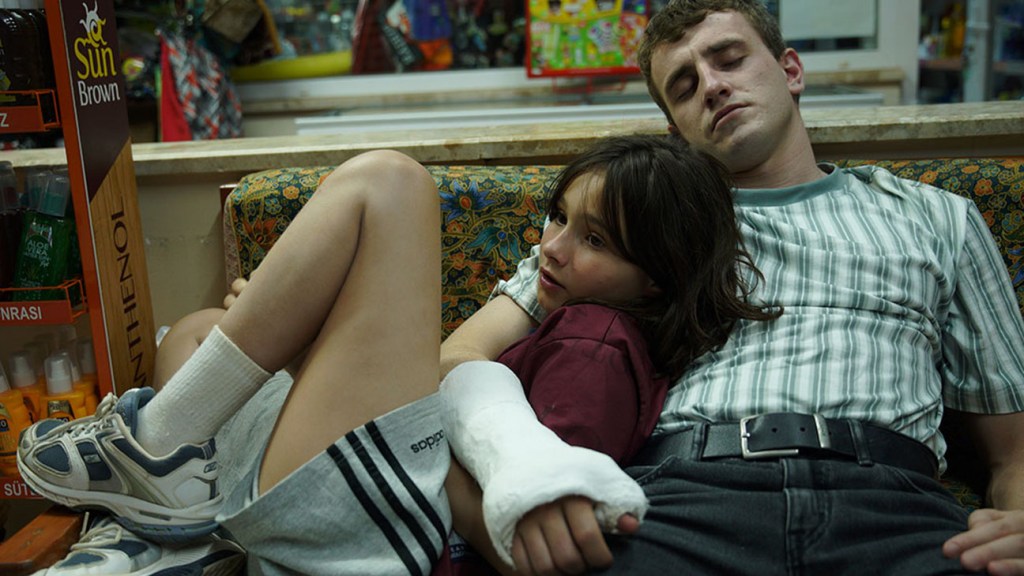 The drama about the complex relationship between father and daughter won the award for best British independent film, presented by Daisy Edgar-Jones (Normal people, Where the crawfish sing), Best Director, Best Directorial Debut and Best Screenplay on Sunday Night.

The film, which became a breakthrough hit at Cannes, where it was won by A24 and Mubi, also previously won three craft awards: Best Cinematography for Gregory Oke, Best Editing for Blair McClendon and Best Music Accompaniment, a new honor introduced this year, for Lucy Bright.

The other, now gender neutral, acting or performance awards went to Letitia Wright and Tamara Lawrance for Best Joint Leading Role for their roles in The silent twin, about real siblings who only communicated with each other; Safia Oakley-Green for the Breakthrough Achievement Award The origin; like Our river … our sky cast members including Zainab Joda, Darina Al Joundi, Amed Hashimi, Mahmoud Abo Al Abbas, Basim Hajar, Labwa Arab, Meriam Abbas and Siham Mustafa for Best Ensemble for their work in the story of neighbors captured in Baghdad during the civil war of 2006.

The big winner in the documentary awards category was Nothing comparesthe story of singer Sinéad O’Connor, who won both Best Feature Documentary and Best Directorial Award for Kathryn Ferguson.

Meanwhile, the BIFA for the best international independent film went to Joachim Trier The worst person in the world. After receiving the award from Pugh, the director urged everyone not to believe the naysayers who claimed that independent film was dying.

The organizers stressed after the nominations that it was “a strong year for female filmmakers and performers”, adding, “Women dominate the performing, writing and directing categories.”

As previously announced, Samantha Morton (Jane Eyre, In America, Minority Report, The living Dead) was honored this year for an outstanding contribution by an actor to British film.

The Special Jury Prize, determined by BIFA’s Head Jury and presented by Jenna Coleman, was awarded to the organization Open Door for its work “helping talented young people without funding or resources gain places in leading UK drama schools.”

“I belong here with you, you cool people,” producer Nadira Murray (winners) said in accepting her second honor of the night, earning cheers and much applause.

Fellow double BIFA winner Ferguson was also applauded when she told the audience about the Irish singer who is the focus of her honored doc: “There must be a million more Sinéads in the world right now.”

Morton dedicated her award to director Lynne Ramsay who directed her Morver quiet.