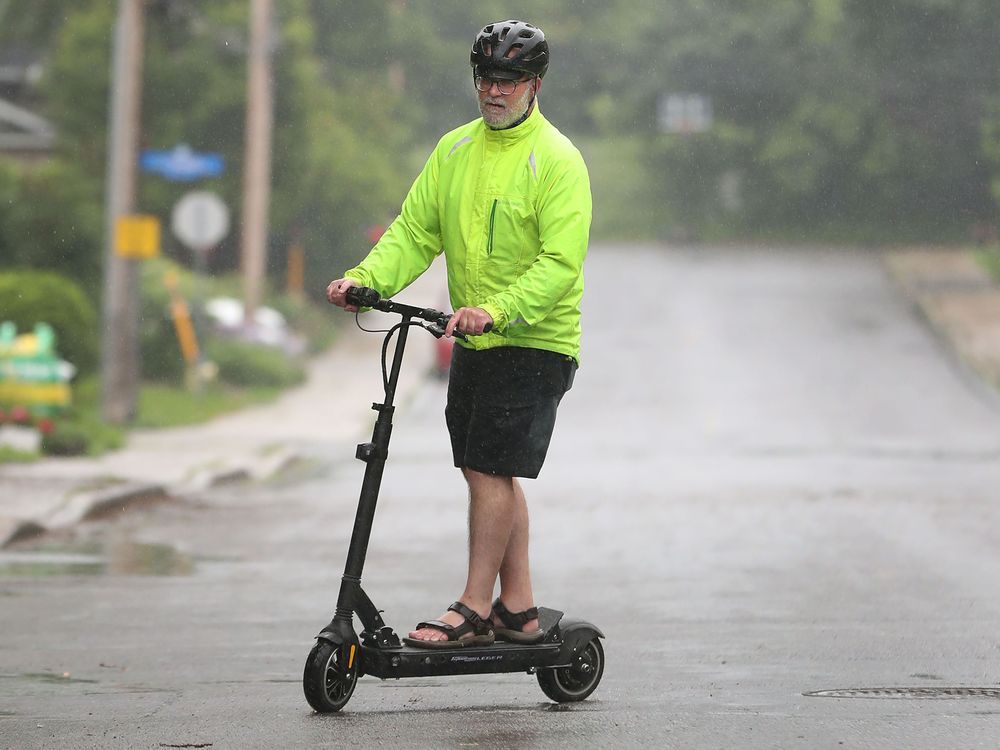 It’s been called the make-or-break year for e-scooters in Ottawa.

In the past two pilot seasons, people have flocked to the devices for recreation and use, enjoying a new way to zip through the city center without having to walk, wait for a bus, or burn gasoline. They’ve also been a hazard, as anyone knows who’s had to dodge an oncoming rider or confront a scooter that’s been abandoned on the trail they’re trying to ride.

When the transportation commission and council voted earlier this year to extend the Ottawa e-scooter pilot project through 2022, they made it clear that scooter providers and their riders should be kept on a shorter leash.

The size of the scooter fleet will decrease from 1,200 to 900 and only two instead of three companies will be allowed to participate in the program this year. The city is in the process of selecting those, Heidi Cousineau, district traffic program manager, said Tuesday, and a launch date for the season is still unknown.

To be licensed to participate in the 2022 pilot, e-scooter providers must have the capacity to provide approval through their user platforms before riders can dump their scooters at the end of the trip. They are expected to block curbside riding via “geo-fencing” in their GPS systems, tackle the problem of riders illegally traveling in the wrong direction on city streets, and record continuous sound transmitters on all scooters.

It wasn’t enough to get everyone on board. Kitchissippi ward council. Jeff Leiper was the only member of the transportation committee to vote against another summer of e-scooters, despite being a huge fan of the devices and even owning one. He explained on Tuesday that he wasn’t sure there would be a solution to the sidewalk and parking problems that had plagued the pilot so far.

Phillip Turcotte, chair of the city’s advisory committee on accessibility, said he and his fellow members hope the technology changes will be effective, but were unconvinced when the matter went to council for approval.

It is now in the hands of city officials – who recommended that the program, with changes, continue for another year – to verify that e-scooter providers meet the municipality-approved eligibility requirements. And the impression the staff left at Turcotte was that if they couldn’t find a supplier on day one who could deliver the promised technology solutions, there would be no scooter season this year.

As someone with cerebral palsy who walks with leg rests and sometimes uses a mobility scooter, Turcotte can’t avoid an e-scooter speeding down the sidewalk. If one of the devices is left where it shouldn’t, and he uses his wheelchair and has no room to move around, “that means my journey ends there,” he explained.

“It affects how I can experience my city and feel safe in my city.”

Something encouraging for Turcotte is that when councilors discussed another year of the program, it seemed as if councilors understood the serious safety concerns faced by people with disabilities. He believes it’s a summer for e-scooters in Ottawa for quite a few of those councilors.

Brian Wade has a similar mindset. The only member of the Accessibility Advisory Committee to support another scooter season, as well as Vice-Chairman, Wade, said he thought it was too early to end the pilot, which has both advantages and disadvantages in terms of mobility, and wanted to give the city a chance. to allay the concerns raised.

“This year will certainly be the year of storytelling.”

As a councillor, Leiper said he is open to changing his mind about the upcoming e-scooter season and hopes to reduce past issues to a level that will allow him to support their continued presence in the city.

“I want scooters to succeed. They are potentially a very important part of our transport mix, addressing climate change goals, tackling urban congestion…there is a really compelling reason for them and the role they could play in making it a better transport system for us all in the city town.”