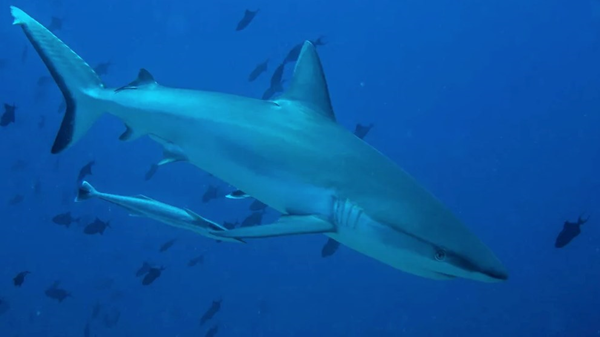 Today, Sunday, the chairman of the steering committee of the Egyptian Hotel Establishments Chamber, Alaa Akel, reassured tourists after the shark attack, south of Hurghada, and emphasized that the Egyptian authorities are currently taking the necessary measures.

Egyptian authorities have decided to close a beach in the resort town of Hurghada in the Red Sea Governorate, south of Cairo, and take necessary action after a shark attacked two tourists, killing them on the spot, Sky News said. .

Alaa Aqel said that “two Austrian tourists were swimming in a beach in the Sahl Hasheesh area of ​​Hurghada and were attacked by a shark and died as a result of the attack.”

He added: “It has so far been confirmed that the attack was from a shark, but the size and nature are not clear, so a committee of specialists was formed to study the situation and collect all details about the incident. , while the Governor of the Red Sea has decided to close the beach where the attack took place for a period of 3 days until it is confirmed.” It is completely free of predatory fish.

“This attack is rare, but it is natural and happens once every 10 years or more because the sea is open and contains all kinds of fish and their behavior is unsafe, and tourists know this before they go to the water, which is why the accident is accidental and will likely happen anywhere in the world,” Akil added.