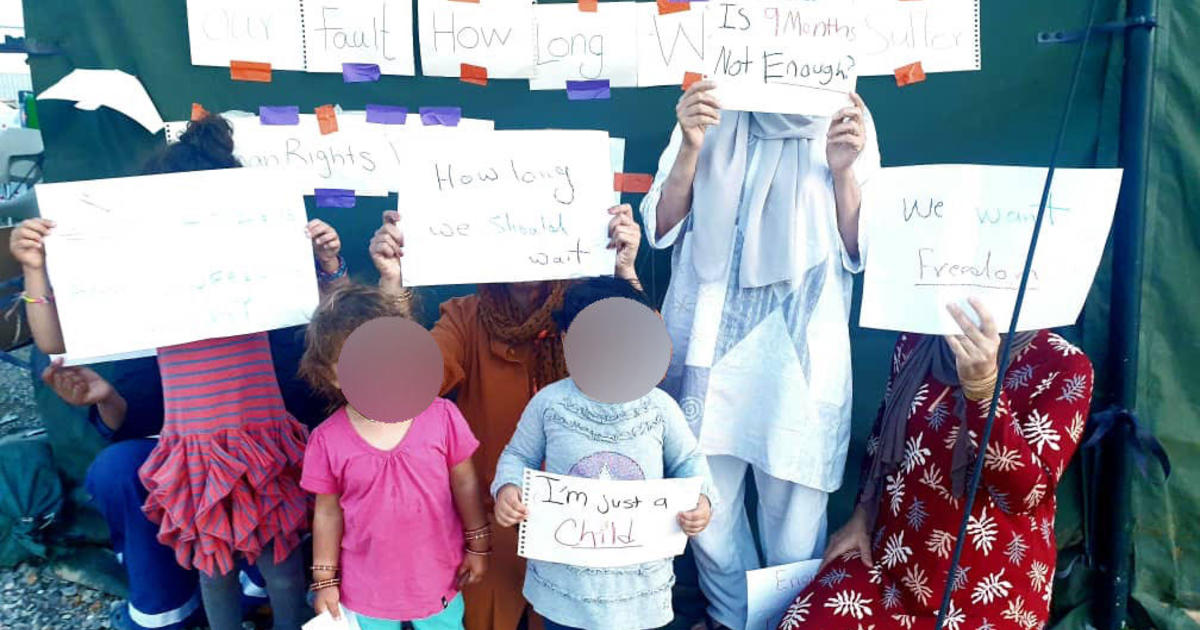 A former Afghan intelligence official and politician who worked closely with the United States after the September 11 terror attacks says he and about 45 others Afghan refugees are detained at a US military base in Kosovo in unsuitable conditions since they were evacuated by the US from Afghanistan last summer, and that they felt like ‘prisoners’.

Muhammad Arif Sarwari, known as ‘Engineer Arif’, worked with the CIA during the US invasion of Afghanistan in 2001. He was a top intelligence official and a politician before the Taliban regained control of the country last August.

“There are people here who have worked in the Ministry of Defense (MOI) in Afghanistan, those who have worked in the CIA, the US embassy in Kabul, police officers and a few ordinary people who have escaped the Taliban,” Sarwari told. CBS News. in a text message from Bondsteel camp in Kosovo. “We have absolutely no freedom to leave the area. We only have access to one field, the bathrooms, the dining room and our tent. … Not only can we not leave the camp, but we can’t talk to most of them. the visitors.”

He said that when he and some of the other refugees came on a US military plane to evacuate people from Kabul during the chaotic US withdrawal last August, he was initially taken to Kuwait and Qatar, but was then told he was going to Kosovo. would be brought in for further processing. † He said that when he arrived at Camp Bondsteel, he was told that if the refugees were to stay there for more than a few weeks, better housing would be provided.

But Sarwari said nothing has changed in the camp in the past nine months, except that there are refugees access denied to the United States.

That, plus a lack of information about their affairs, prompted some Afghans to protest earlier this month. In small groups, they held signs that read: “Human rights violation”; “How long must we suffer”; “We want justice”; and “We want freedom.” In the photos Sarwari shared with CBS News, children were among the refugees.

“I am here with my wife and two daughters. After about 3-4 months of our stay, they have given a few lessons for the children and some games to distract them. There are no real schools,” Sarwari said.

He believes that stress has caused a series of medical problems in the camp. “The only trip we’ve had so far has been going in and out of the hospital. A man here had a heart attack severe enough to be sent straight to the US for surgery. The cause was stress. the ladies here had miscarriages – also caused by stress. We’ve had multiple other health problems.”

Another refugee at the camp, who also worked with the US in Afghanistan during the war, said he was one of the Afghans who was told they would not be given a visa to enter the United States after months of waiting in Camp Bondsteel. He asked to remain anonymous to protect his family, who are still in Afghanistan.

He said that after he was refused entry to the United States, he was told that the State Department would arrange for him to get a visa to go to another safe country. After waiting another two months for that visa, he was recently informed that he would not be eligible to go to his requested country.

The refugee said he was desperate to leave Camp Bondsteel so he could start earning money to support his family in Afghanistan, and considered simply trying to walk out of the camp.

“We have been living in the camps like prisoners and even lower than prisoners since day one; prisoners have the right to work and the right to find a way to support their families, but why don’t we have that right too? ” he said in a letter to the State Department dated June 25, 2022. “Why are we being deprived of all freedoms? We are not allowed to leave the camps. Why are we not allowed access to legitimate legal entities and services? Media are not allowed to enter the campus.” and we should not look for solutions individually for ourselves.”

CBS News has contacted the State Department for comment, but has not received a response. A Camp Bondsteel official said a CBS News visit request was being reviewed.

Last week, three refugees at the base — two of whom had worked for Afghan security forces under the previous administration — asked for permission from the US to return to Afghanistan, and their requests were granted, the anonymous refugee said.

“If they return to Afghanistan, they will have to face a credible threat of death and could certainly be killed,” he wrote in a letter to the State Department. “Who would be responsible if they were killed?”

He said he had not received a reply to his letter.

“Engineer Arif” said his application for a Special Immigrant Visa is still pending, but that “we know nothing about our case.” He said he was told the US is in the process of migrating him and his family to a third country where they have relatives, but he is still waiting for more on that.

“After 9/11, I welcomed the first American group to come to Panjshir province at the time, and it feels like a contradiction to their mission name, ‘Operation Allies Welcome,’ to make someone who welcomed them first almost feel unwelcome,” Sarwari said. .

Operation Allies Welcome is what the US military called its operation to evacuate Afghans who worked for the US or who supported the US after the Taliban took Afghanistan last year.

“People here have worked with the US against terrorism and have risked their lives for this cause and are innocent, but some have been declared unfit. While other people have an unclear future. The vetting team and Washington have clearly failed, as have they have failed in Afganistan.”

Haley Ott is a digital reporter/producer for CBS News, based in London.