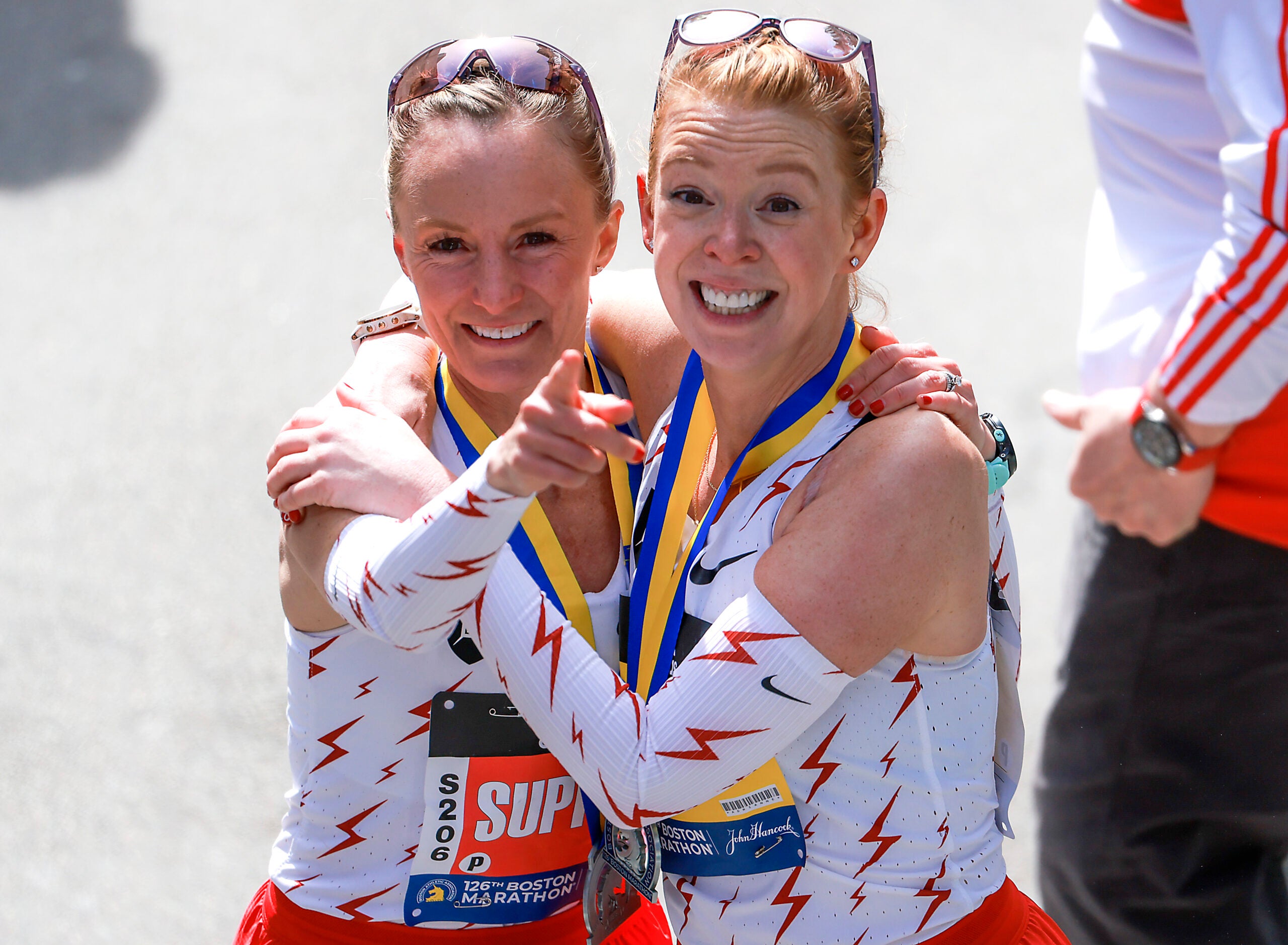 Adrianne Haslet had seen her worst moments on or near the Boston Marathon course for the 126th running of the event on Monday. But at the time, the marathon offered what she could say was “the best day of my life.”

Haslet, who lost her left leg in the 2013 bombing and suffered serious arm injuries in 2018 when she was hit by a car crossing a street near the finish, was a runner on Monday, completing the race for the second time in three attempts. In the Para division of the marathon, Haslet completed the 26.2 miles in 5 hours, 18 minutes, and 41 seconds — well ahead of the six hours expected by Shalane Flanagan, the legendary marathoner who coached and ran as her support.

On Tuesday morning, Haslet was mostly feeling excitement, with only a little bit of exhaustion to be expected after completing such a grueling task. Initially concerned that her leg would be swollen where it meets the prosthesis, she was happy to put it on. She had some pain in her thighs and arms, but she still celebrated Monday night with friends and Tuesday morning with lobster.

“I’m lucky that my body is recovering the way it is,” Haslet said in a telephone interview. “I especially feel a lot of adrenaline and happiness.”

The run itself was “amazing,” especially a moment when she stopped to cuddle Dr. Ian Nurse, the Wellness in Motion physician who, along with his team, “rebuilt this body strongly for something like this.”

Even Heartbreak Hill couldn’t crush her mind as Flanagan coached her through it. “Here it is,” Haslet told her. “’Strengthen your arms and let your feet touch the ground as little as possible.’ And I got a second wind near the top of Heartbreak Hill.

The noise from the crowd was overwhelming and it “was so emotional,” Haslet said. “People were calling our names non-stop and it was great to run past the place where I lost my mobility and much more. To redefine it was a real moment for me and so powerful.”

As she passed the place where she lost her leg, she slowed to walk a few steps “to take it in and hold out” before crossing the finish line. She was so happy and motivated as she ran through the finish and described Flanagan yelling at her that her race was finally over.

Although Haslet raced in 2016, cold, rainy conditions caused her to abort the 2018 race. The following year, her plan was derailed by serious arm and shoulder injuries from the car accident. Then the 2020 race was canceled and she rolled her ankle training for the 2021 race last fall.

This time the stars are aligned.

“I’ve been through so much trauma and tried so many times to get to that starting line, and I had to start over and over again, and my performance exceeded my expectations and my time,” she said.

Now that she’s helped bring a Para division to the Boston Marathon, Haslet hopes the Paralympics will expand her events. Flanagan believes she is best suited to running medium distances and so is Haslet herself, as she plans to continue advocating for more events “for people like me” in the 2024 Paralympic Games. She has already heard of the International Paralympic Games. Committee, she said, “and I hope that means Paris.”

In the meantime, she ‘runs on nothing but adrenaline and happiness’, enjoying a runner’s high and a little champagne.