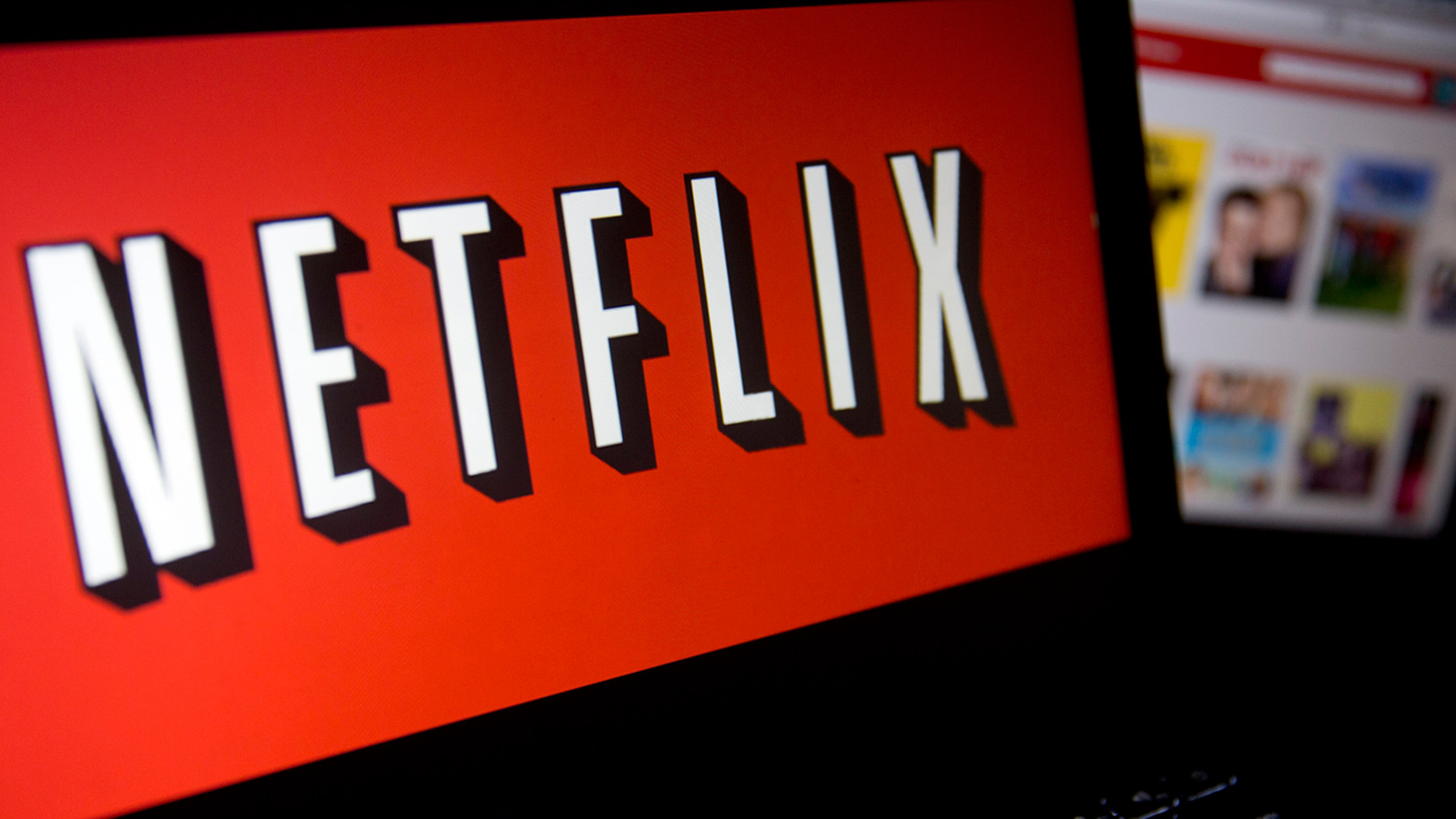 A few weeks ago, I couldn’t find an Atlanta Braves game on television or streaming. My 11 year old is a huge fan of Braves and he wanted to see their game and he couldn’t find it anywhere despite the arsenal of entertainment subscriptions in our house. (Any time your kid can’t find a game and calls on you to help, you know they’re really desperate). The Braves game was blocked on our local regional sports partner for a hockey game, it was blocked on MLB Extra Innings, which we subscribe to in an effort to fix this problem, and despite spending the better part of half an hour trying to trying to track it down and watch it my son was eventually demoted to check his score tracker app to see what was happening in the game.

I’m old enough to remember an era when sports fans listened to games on the radio because they weren’t available on television or cable. Hell, I even remember the days when I bought the newspaper to find out who won the games the night before. But the promise of my generation, at least from a sports fan’s perspective, was that essentially every game we could ever want to watch would be available on cable or satellite television. The cable bundle, for sports fans, though expensive and at times frustrating – did the NFL really ever have to limit off-market games to DirecTV? – for the most part, made sure that every game we wanted to watch was available to us with the minimum of effort.

But that’s changing in a streaming era.

And it doesn’t change for the better.

Chances are most of you reading this right now have noticed too – I bet many of you haven’t been able to watch a game you wanted to watch due to streaming issues. Think about this: The New York Yankees will be broadcasting games this year on YES, ESPN, Fox, Prime Video, Apple TV+ and Peacock. Many Yankee fans, through no fault of their own, will spend an inordinate amount of time tracking down their favorite team’s games. And if people in their 40s, like me and young kids, who are usually the most adept at finding games, have a hard time tracking down MLB games, how many people older than me will totally fail when it comes to tracking down of their favorite teams and their matches?

Just wait for Amazon to start streaming NFL games on Thursday nights this fall and suddenly everyone is trying to track down their Amazon Prime passwords. (I once told my wife to just sign up for a brand new Amazon Prime account because I couldn’t remember or retrieve our old password.)

How come while technology is advancing so fast, we are still going backwards in terms of the ease with which we can watch our favorite teams play the sports we love?

From a business perspective, this may make sense for Major League Baseball, at least in the short term, but in the long run, slicing and dicing your product’s distribution does it increase your audience or increase your fan base? I think the answer is clearly no, it isn’t. (Plus, if you’re a real fan of a team, you probably also get streaming announcers for many of these teams who have no real knowledge of your team. One of my 11-year-old’s favorite things about watching Braves- baseball is listening to the local crew calling the game on our regional partner. Streaming instead of creating a better connection, you create a worse one.)

I am increasingly convinced that a streaming future for sports will be no better than the sports on television that we have all become accustomed to in the past generation. In fact, I think it will be much worse. Instead of technology making things better, it makes things worse. (And that doesn’t take into account the fact that streamed sports are sometimes a full minute behind games broadcast on cable. This makes texting with your friends or live betting on sports virtually impossible. This latency problem, which hardly anyone discusses is absolutely horrendous.)

In the heyday of early streaming projections, there was hope that the average family would save money without having to pay for a cable or satellite subscription. What if, many asked, we could just pay for what we actually watched?! (This ignored the fact that the people who got the best deal possible from the cable bundle were sports fans, since our sports channels were paid for by people who never watched.) But as the number of these streaming services has increased, it feels like the most of us pay at least the same, if not more, for all of our streaming subscriptions. While, at least if you are a sports fan, now you also have to keep a cable or satellite subscription.

I know that in my household we have Comcast cable, Netflix, Amazon Prime, Hulu, Disney+, HBO Max, Paramount and Peacock – I can never remember the difference between these two, who made the decision to have two streaming services so close to the same name? This is exactly the same as my Hyatt and Hilton problem. I still don’t know the difference between Hyatt and Hilton hotels either, in fact I regularly go to the wrong version of the hotel because they both start with H – the only thing we didn’t buy is CNN+ which is probably the reason is why CNN+ is already breaking. Anyway, my point here is that we’ve all sold the fiction that streaming would save us money and the reality is it’s costing us a lot more money than we paid before streaming and it’s harder to track down the shows we’re watching. want to check out, especially, again, if you’re a sports fan.

But it’s not just sports that I don’t know how to stream, my wife and I have both given up trying to figure out how to get to “1883,” the spin-off of “Yellowstone,” a show we both love. , can stream. Our DVR does not record “1883” despite valiant efforts to set up the DVR and the two of us spent an hour or more trying to figure out how to watch “1883” but to no avail. We cannot be alone in this struggle. There must be multitudes of you reading this right now with your own streaming calamities. I feel like we need a support group, none of us want to admit publicly how confusing and annoying this has all become, but the reality is if we all have to track down our passwords while a four year old screams he wants to watch the latest Disney+ show , streaming doesn’t make our lives easier.

I was thinking about all these things before today’s Netflix-related disaster – the stock is currently down $125 after the subscriber count drops, setting off alarm bells that we may have already reached, especially in the United States and Canada, the maximum number streaming subscribers that will sign up for these services. The resulting stock price collapse has brought Netflix’s stock back to the same price it was in January 2018, effectively wiping out the last 4.5 years of streaming value in the stock. These were the 4.5 years when it became conventional wisdom to claim that streaming was the complete and total future of media and that Netflix would destroy everyone else.

In one year, Netflix has dropped from an all-time high of over $700 a share to about $225 a share. And now Netflix is ​​so desperate for subscribers that they are working on an advertiser-backed model of their streaming product. Support programming with advertiser dollars? What a new idea, someone should have thought of that sooner! But seriously, unless the ad model is more lucrative than the subscription model, it seems possible that Netflix will lose revenue from existing subscribers with the new model, as the most budget-conscious subscribers wouldn’t spend less on Netflix, leaving Netflix desperate to maximize ad revenue. to try to make up for the difference? After all, how many people aren’t subscribed to Netflix right now, who would subscribe if there was an advertising model? It seems like a small number, meaning I don’t see how an ad version of the product will dominate subscriber numbers.

And it’s not just Netflix struggling, by the way, Disney, which jumped seriously on the streaming train in 2019, now sees its stock price at the same level it was before Disney even entered the streaming world. Indeed, Disney shares have fallen from a high of nearly $200 a share last year and are now at $125, essentially unchanged in price over the past five years. And Disney may be in an even more precarious place than Netflix. Because at least Netflix based its entire business on streaming.

Remember when streaming would take Disney into the stratosphere? Rather than help save the collapsing cable model that Disney relied so heavily on, it now appears that Disney is experiencing dwindling subscriptions on two simultaneous fronts — what if the Disney+ streaming business has or is soon to peak and now? to join the cable business in a downturn? That would mean Disney might have two, rather than one expensive company falling into disrepair. Alone, unlike the cable and satellite bundle, which has been hugely profitable for the past few decades, Disney may have already peaked its streaming subscriber base without ever turning a profit.

Which leaves me with this last question, and I hate to ask this question as an old man at age 43, but what if we get to the point where technology doesn’t actually make anything better, it just changes the way we spend our time? The transition from horse to airplane was quite drastic in a hundred years, that changed transportation forever, but what technology has made it substantially better when it comes to travel over the last fifty years?

And if you think about it from a sports perspective, has the technology behind streaming really made anything better for sports fans? It seems to me that sports peaked in about 2010, when every sport you could ever want was easy to consume when you sat down on your couch and chose the station where your favorite game was broadcast on a cable and satellite channel.

Above all, over the last decade and change, we have increased the costs we all pay to watch sports and made watching the games more complicated than ever before. That combination does not seem ideal to me and certainly not a good business model in the long term. Because ultimately all sports, and business in general, is about reach, the more people know your product and can consume your product, the more fans you have. In an age where children have more entertainment options than ever before if you don’t make it easy for them to consume your product, you risk losing them to other easier entertainment options.

Because you know what my 11-year-old finally decided to do on the night of a few weeks ago when we couldn’t find the Braves game?

How many young kids — and adults — shrug their shoulders every night about failed streaming and choose video games, or YouTube, over fandom every night, just like he did?

I bet it’s millions a week.

That’s why those streaming dollars may well turn into pennies in the long run. It increasingly feels like the future of streaming could be a business disaster.