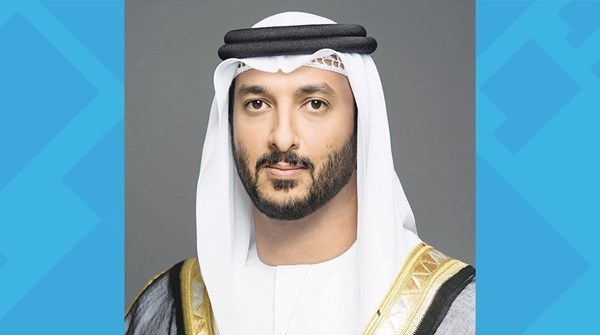 His Excellency Abdullah bin Touq Al Marri, Minister of Economy, elevated to His Highness Sheikh Mohamed bin Zayed Al Nahyan, President of the State, may God protect him, the highest blessings on the election of His Highness as President of the State, to to succeed Sheikh Khalifa bin Zayed Al Nahyan, the best successor to the best predecessor. He added that His Highness Sheikh Mohammed bin Zayed Al Nahyan’s appointment to the presidency of the state makes a new history in the march of renaissance, progress and prosperity, which the state continues under the leadership of an exceptional leader… the leader of thought, values ​​and principles… the leader of the future march. His Excellency said: We swear allegiance to you, Your Highness, for loyalty and obedience, and we ask Almighty God to protect you, guide you and direct your steps.