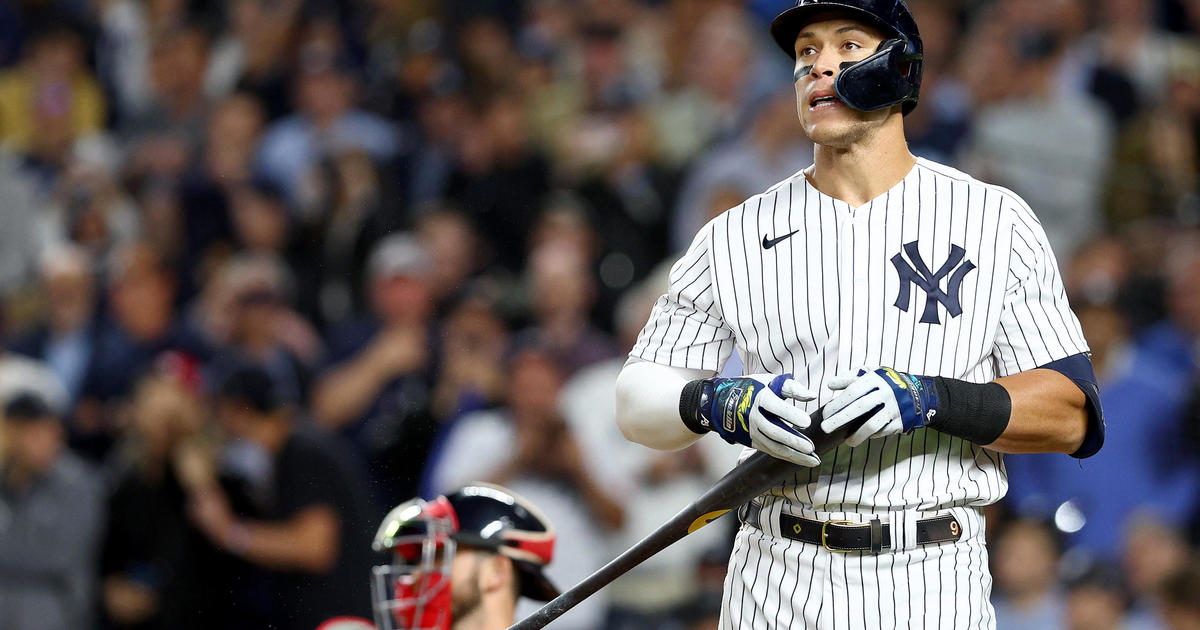 Judge had walked three and struckout once before coming in at the plate with the score 4-all in the ninth. The crowd of 43,123 people stood on their feet for every pitch and Judge drove a 2-2 fastball from Matt Barnes, just right of center.

“I just kind of got under it,” Judge said. “A pretty windy night so I was hoping it might blow out when I hit, but I just missed it.”

The ball left the bat at 113 mph and fans waited in anticipation as Judge jogged to first base. But they groaned in unison as Kiké Hernández took the catch one step in front of the fence, not far from the 408-foot backboard — leaving Judge still one home run away from Yankees slugger Roger Maris’s 1961 American League record. .

Judge also threw out a runner on second base to hold off Boston in the ninth, showing off his defensive prowess. Tommy Pham hit a one-hopper off the right field wall against Clay Holmes (7-4). Judge played the carom and struck out from the warning track to shortstop Isiah Kiner-Falefa for the tag. It was Judge’s sixth assist of the season.

Giancarlo Stanton hit a two-run homerun for the Yankees, and Harrison Bader had a tying sacrifice fly in the eighth on Stanton’s leadoff infield single.

New York holds a 7 1/2 game lead in the AL East over Toronto and advances to the playoffs for the 24th time in 28 years.

“A great achievement. We have worked hard over the course of the season to get to this point,” said Judge. “But I think you could ask everyone in this room: the job is not done yet. We have an ultimate goal to go out and win our division, and get ready for the postseason. And this is step No. 1, step No. 1 of many steps to come.”

Triston Casas hit a solo homer and pinch-hitter Reese McGuire drove for three runs in a seventh of four runs off Clarke Schmidt, while Boston trailed 3-0.

Aroldis Chapman had another shaky outing for the Yankees in relief, walking two batters with one out in the eighth – the second out of four pitchers.

Yankees: LHP Zack Britton (Tommy John operation) was activated from the 60-day IL and LHP Wandy Peralta (back) was put on the 15-day IL, retroactive to Monday.