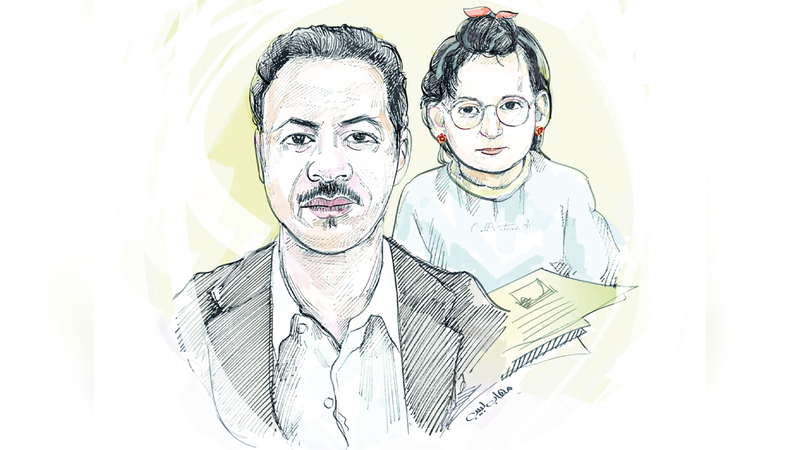 An Arab woman said her divorcee, who lives outside the country, is threatening to lose custody of her daughter if she claims her legitimate rights, noting that she stood by and supported him when he was in trouble, but he denied her favor as his financial affairs improved, wondering if she should file a lawsuit requiring him to pay alimony without dropping custody of her 14-year-old daughter.

This came in a new episode presented by legal counsel Dr. Youssef Al Sharif, through the “Emirates Today” platforms, on social media, to shed light on the Personal Status Act and the new legal articles contained therein.

The questioner said she “married a person of her nationality 17 years ago, and God blessed them with a single daughter, who is now 14 years old”, noting that “she came with her husband to work and in the country. , in 2011, and they got two job openings, until a pandemic broke out (Corona), so her husband’s services were left out and he couldn’t find another job.”

She added: “Eventually he decided to return to their country, to look for a job there and to arrange livelihood, while she stayed and she was her daughter, until things improved and she returned to her husband, mainly because she still works and her daughter is in school, and she needs expenses.”

She indicated that her husband could not find a job, so he traveled to France, with the help of some acquaintances, who helped him get a job, and his things improved greatly, but he changed from her side, and she does not know the reasons for this.

She added that she was “finally surprised by a phone call from her husband, who told her he was divorcing her and would leave her custody of the girl, in exchange for not asking him for her legitimate rights or any rights.” of the girl”, noting that despite the support and support she gave to her husband, during their married life, he was ungrateful.

She stated that she decided to return to her country because she was unable to continue living alone and raise her daughter, but she asks: “How can she sue her husband, oblige him to pay the legal costs? at the same time, he threatens to drop her custody if she demands her rights, knowing that her husband is no longer also living in the Emirates.