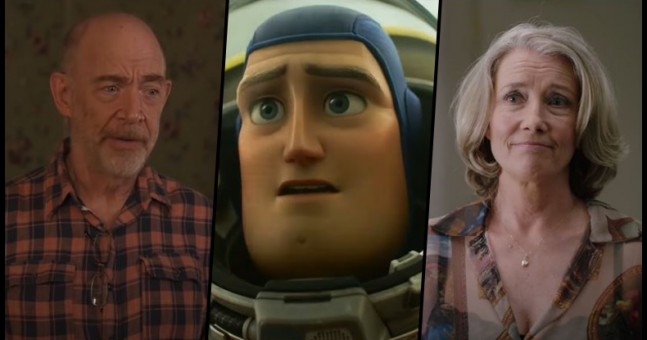 To infinity and beyond…

Welcome back to JOE’s weekly trailer column where every seven days we collect the best teasers released in the world of film and TV.

While we covered the first look at the upcoming MCU entry Thor: Love and Thunder in a separate article here, a handful of other noteworthy trailers have surfaced this week that we’ve rounded up below for your perusal.

Starting with movies, Disney and Pixar unveiled a new action-packed trailer for Lightyear, their highly anticipated spin-off of the Toy Story franchise.

The upcoming movie features an origin story for the fictional astronaut character who inspired the Buzz Lightyear action figure in the previous Toy Story movies.

It will see Buzz (here voiced by Chris Evans) get stuck on a hostile planet and try to find a way back home.

Good luck to you Leo Grande

With an impressive 97% rating on Rotten Tomatoes after premiering at this year’s Sundance Film Festival, it’s also slated for an Irish release on June 17.

Narrated by David Attenborough and produced by Jon Favreau, the streamer says the show “combines award-winning wildlife films with the latest paleontological knowledge and state-of-the-art technology to reveal the spectacular habitats and inhabitants of the ancient Earth for a one-of-a-kind immersive experience.” experience”.

Based on the trailer above, you can expect breathtaking footage when Prehistoric Planet roars on the service from May 23.

the wife of the time traveler

Audrey Niffenegger’s popular novel The Time Traveller’s Wife has been made into a 2009 film starring Eric Bana and Rachel McAdams and is being brought back to the screen, this time as a series.

The sci-fi romance follows Henry (Theo James), a man with a genetic disorder that causes him to travel unpredictably through time, and his wife Claire (Rose Leslie), an artist who must cope with his frequent absences.

It becomes an emotional watch – “Why is love enhanced by absence?” asks Claire in the powerful trailer – the show lands on Sky Atlantic and NOW from May 16.

Last but not least, there is another sci-fi series with a touch of romance.

In Night Sky, JK Simmons (Whiplash) and Sissy Spacek (Carrie) play an elderly couple who own a room in their backyard that inexplicably leads to a strange, desolate planet.

The show is coming to Amazon Prime Video on May 20.