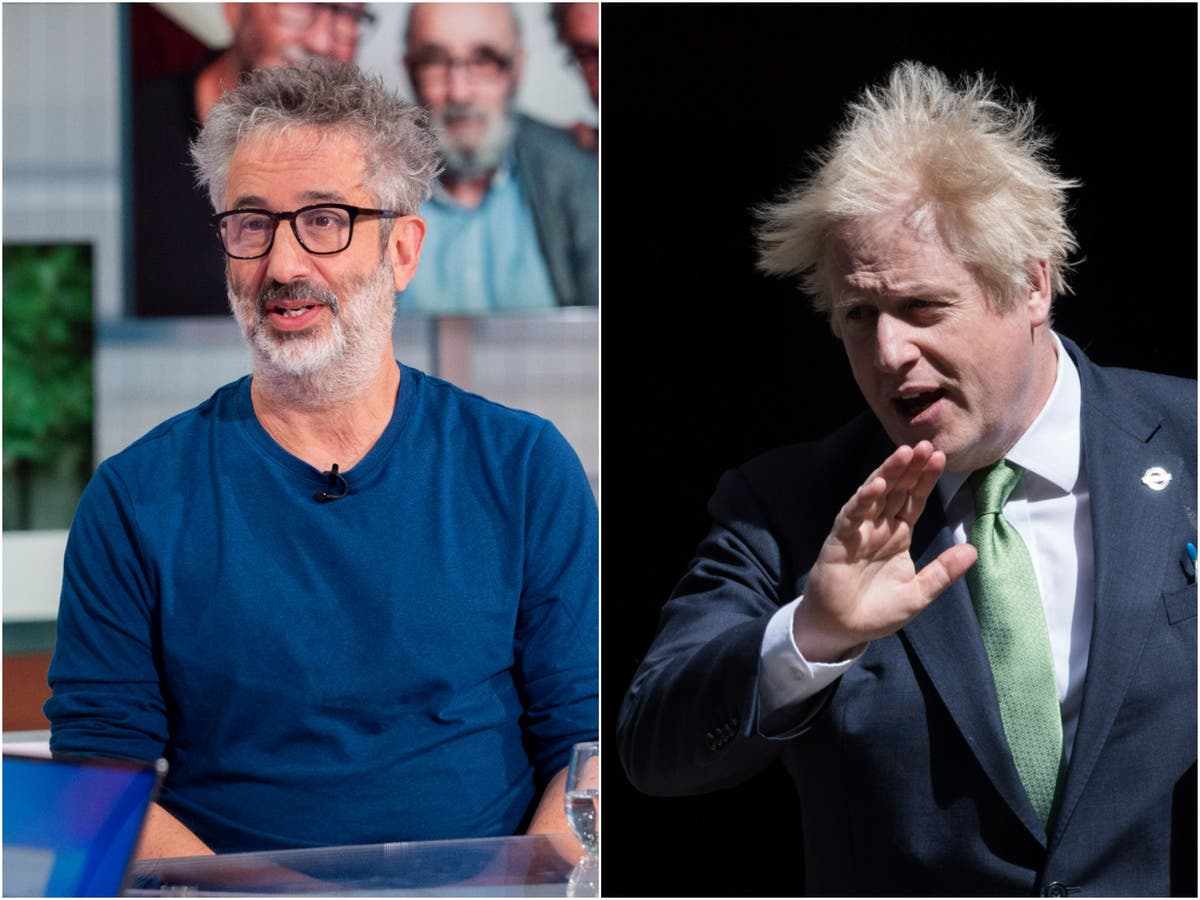 In the four photos, obtained by ITV News, the Prime Minister appears to be raising a glass at a farewell party for his then communications director Lee Cain on 13 November 2020.

A number of people can be seen gathered around a table with feasts and booze, despite – at the time – the rest of the country being banned from socializing during the height of the pandemic.

Baddiel shared the story on Twitter, quipped, “Are the other people blurry to give the impression of how much he’d been drinking?”

He posted a zoomed-in image of the table on Twitter, adding: “I love this almost iconic image – perhaps in years to come this will be the image that defines this government – ​​of a small hand sanitizer fenced by several bottles of booze. ”

Previously, Dominic Cummings, Johnson’s former senior adviser, had claimed photos would appear within the next 24 to 48 hours showing the Prime Minister “clearly lied” to police and the House of Commons about Downing Street parties.

Cummings predicted photos would be released by warring factions within No 10, before senior official Sue Gray’s official partygate report is finally released this week.

After the photos were released, Deputy Labor leader Angela Rayner said Johnson “humiliated his office” and that “there is no doubt about it now”. [that] he lied.”