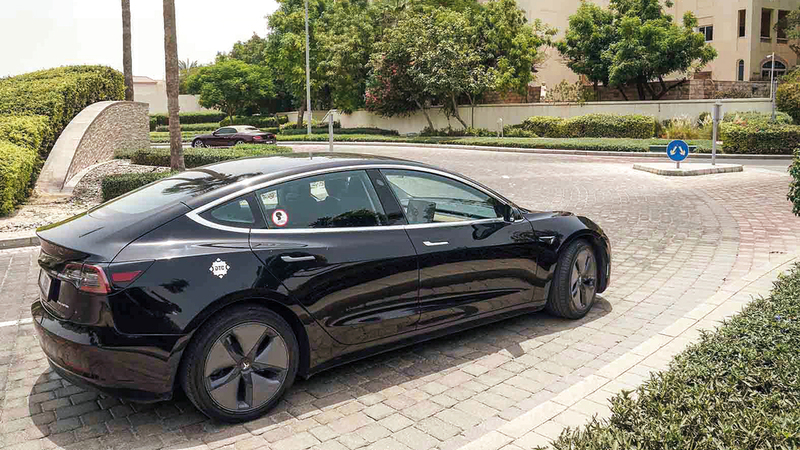 Dubai’s Roads and Transport Authority has announced the start of the trial run of the “Tesla 3” vehicle, within the fleet of Dubai Taxi Corporation vehicles, following the success it has achieved since 2017 using 172 Tesla vehicles in the limousine service. in the emirate.

Mattar Al Tayer, Director General and Chairman of the Board of Directors of the RTA, said the use of Tesla’s electric vehicle in the taxi sector is a special experience that contributes to support the initiative of His Highness Sheikh Mohammed bin Rashid Al Maktoum, Vice President and Prime Minister of the UAE and Ruler of Dubai: (Green Economy for Development), sustainable), and supports the government of Dubai’s energy and carbon reduction strategy, which aims to set an example for Dubai on energy efficiency and reduction of CO2 emissions.

He pointed out that in 2017 the Authority started using 172 Tesla vehicles within the limousine fleet in (Dubai Taxi), and that these vehicles recorded positive indicators in operational efficiency in the limousine sector, especially in the absence of carbon emissions, and their performance of high indicators of customer satisfaction.

Al Tayer emphasized that the success of this experiment will promote the expansion of the use of electric vehicles within Dubai Taxi Corporation’s fleet in the coming years and help support the initiative to convert 90% of limousines in Dubai to eco-friendly vehicles (hybrid and electric), by 2026, which is the first of its kind. At the global level, the introduction of almost complete conversion of limousines, to be environmentally friendly, in addition to converting 90% of taxis in Dubai to hybrid vehicles (hybrid) by 2026.