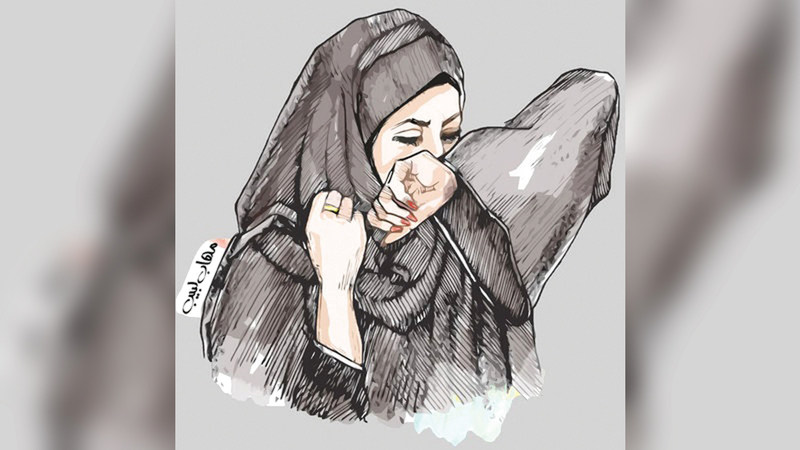 The legal advisor, Dr. Youssef Al-Sharif, affirmed that the problem with the execution of sentences, urgent and temporary decisions, written or documented minutes, or approved conciliation minutes related to alimony or custody, or their appeal, does not lead to the termination of the enforcement proceedings, unless the court decides otherwise. specifically.

In the episodes he presents on the pages of “Emirates Today”, to shed light on the recently enacted law on personal status, Al-Sharif presented the story of a woman’s dispute with her ex-husband over her legal rights. , after he abandoned her after she got cancer and married another.

The questioner said that she married a person of the same nationality at a young age, and the beginning of their life was stable and happy, and she had two children from him (10 and 8 years old), and two years ago she felt very tired and when she examined the doctors, she was found to have cancer and need a long treatment.

She added that after discovering the disease, her husband turned 180 degrees in his behavior and treatment of her, as he always made her feel inferior, blaming her for making herself sick, or that she exaggerated in visiting doctors, clinics, hospitals, centers, conducting examinations, and others, which aggravated her condition and caused her great shock. And the opposite of what I expected from him was that she would receive support and help in such circumstances.

She confirmed that in light of what she saw of her husband’s actions, she had asked him to marry another woman if it would make him happy, leave her alone with her children and not hurt her with his words. , but his response was a surprise, as he told her, “I’m waiting for your permission, I actually married a girl.” Beautiful and healthy.”

She added that she was finally able to get a divorce through a custody case of her children, but he kept threatening her that he would appeal the ruling once or twice, and if he lost, the execution would be stopped by a problem in the verdict, wondering if this problem is stopping the verdict on divorce and custody?

For his part, Dr. Youssef Al-Sharif that part of the questioner’s statement is true and the other is not, so in fact, after the first verdict, he can appeal against him, and if he loses, he appeals, and this is the final stage, after which the sentence is carried out.

He pointed out that the questioner’s divorced wife is misunderstood in this regard, as the problem with the implementation of Sharia rulings does not end unless the judge issues a cessation order, and in the case of the questioner, the judge often does not stop the execution, so the divorced woman did not correctly understand the text of Article (11) of the law The Personal Status of the Emirates, which states: “A problem in the execution of sentences, urgent and temporary decisions, written or documented minutes , or approved conciliation minutes regarding alimony or child custody, or the appeal thereof shall not terminate execution proceedings unless the court decides otherwise.