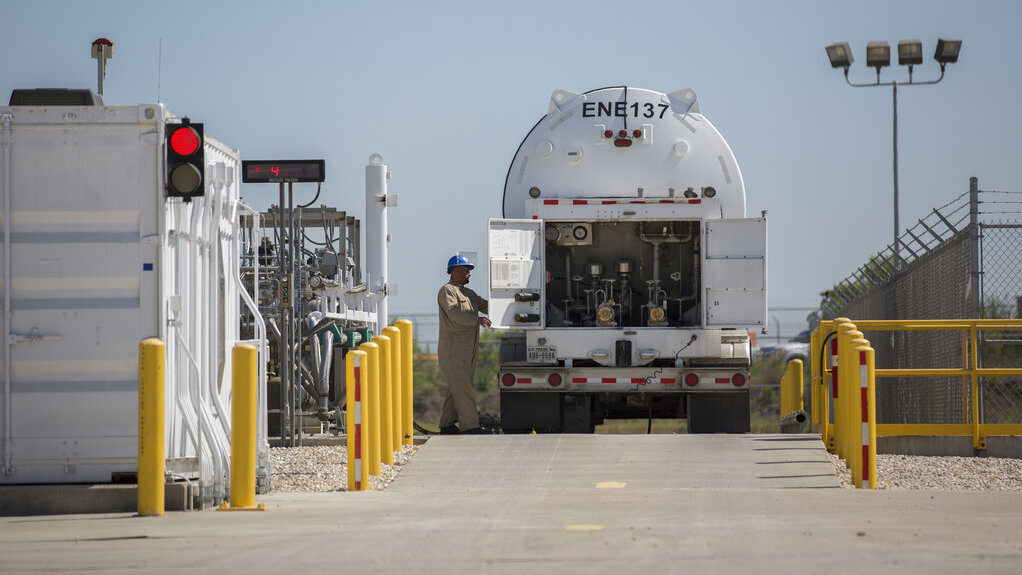 A worker opens the back of a liquefied natural gas truck to fill the tank in George West, Texas, in 2019.

A worker opens the back of a liquefied natural gas truck to fill the tank in George West, Texas, in 2019.

NEW YORK — An explosion at a liquefied natural gas terminal in Texas has upset local residents and is taking a significant chunk of the fuel off the market at a time when global demand is soaring.

Melanie Oldham, who lives in Freeport, said she heard three loud bangs on Wednesday morning and went outside to find out what was going on.

“It makes me feel like we live with a high risk of explosion, gas release, public health issues on a daily basis, not just for us in Freeport, but for all the people who go to those great beaches on Quintana Island,” said Oldham, a physical therapist and co-founder of Citizens for Clean Air and Clean Water of Freeport and Brazoria County. “We don’t know what could have been released into the air or even into the water.”

A fire in the LNG terminal’s liquefaction system led to excessive emissions of carbon monoxide, nitrogen oxides, particulate matter, sulfur dioxide and volatile organic compounds, according to an incident report filed Thursday with the Texas Commission on Environmental Quality.

Freeport resident Gwendolyn Jones, 63, said she was about a mile or two from the facility when she saw a white cloud hovering over the facility after the fire. She was concerned that residents of Freeport had not been evacuated or warned of the incident by local authorities and felt that local residents should be provided with respirators to reduce the risk of inhaling hazardous fumes.

“We should have meetings where we can discuss things to make sure this never happens again because I’m scared of what’s going to happen,” Jones said. “Nothing but the grace of God has kept us alive in these situations.”

Typically, Freeport LNG exports about 2 billion cubic feet of liquefied natural gas per day, about 15% of the country’s LNG exports.

The shutdown comes at a time when global demand for LNG is high as many countries try to get rid of Russian gas, which is mainly sent to Europe through pipelines. US exports have soared.

According to Rystad Energy, the majority of Freeport LNG’s exports went to Europe. Europe may be able to make up for lost volume with increases in other facilities, said Emily McClain, vice president at Rystad. Europe gets about 45% of its LNG from the US, with the rest coming from Russia, Qatar and other sources, she said.

Freeport LNG sells gas to a mix of buyers, including major oil and gas companies, Asian utilities and commodity traders, and “those buyers will not be getting supplies from Freeport until the facility is repaired,” said Ross Wyeno, principal analyst at S&P Global. Resource Insights. Wyeno said it is unlikely that other LNG terminals around the world will be able to increase production to make up for the backlog, because “everyone has reached as close to their maximum as they can.”

As a result, LNG prices are rising and consumers in Europe are likely to feel the impact, Wyeno said. But in the US, natural gas prices are falling as a major buyer of gas — the LNG terminal — stopped buying, he added.

Lower domestic natural gas prices, however, are not calming the nerves of people living near the terminal. Freeport residents such as Oldham and Jones have long been concerned about the possibility of incidents at the terminal.