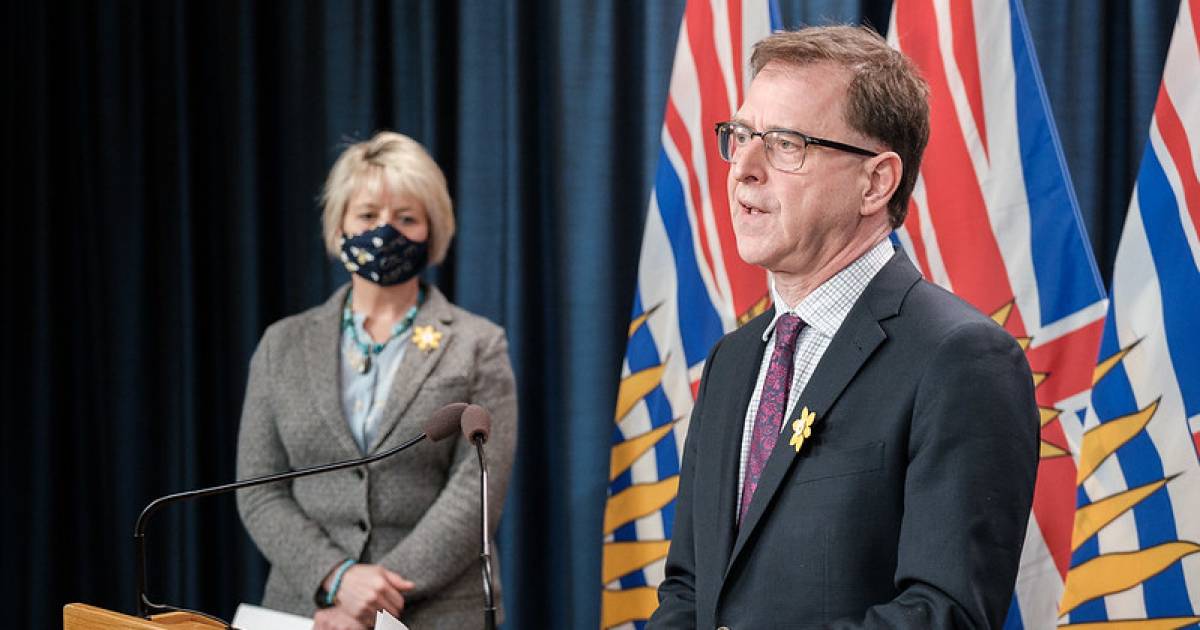 This week, a smart lawyer asked me one of those “hardworking questions”.

That’s a phrase I first heard many years ago from veteran Canadian journalist John Sawatsky. Hardworking questions are those that really make you think.

The lawyer wanted to know why the BC media has given the BC government and Dr. Bonnie Henry such a soft ride in its oversight of the pandemic.

A former senior civil servant and diplomat has also been highlighting the media’s kid-gloves treatment of Henry and Health Minister Adrian Dix.

Norman Spector, now a media commentator himself, noted that in the old days, press gallery members would have chased those two up the staircase if they had limited reporters to one question and one follow-up. That’s not the case anymore.

“Media deference has been deadly in BC,” Spector tweeted on March 30.

But back to the lawyer’s question.

I don’t meant to insult anyone personally, but here are my thoughts.

Lots of the senior journalists in the BC media don’t have as much formal education as their younger colleagues.

Many of these senior journalists are good writers and industrial, so they rose up the ranks. Plus, many have the requisite emotional intelligence to get along with their peers. Some of them are very intelligent.

So their employers trust them. In some cases, they get promoted to work in the press gallery, which is fairly prestigious and mentally stimulating.

Many went to Langara College, doing a two-year program in journalism. Others, like myself, went through a two-year BCIT broadcast journalism program. There was no demand in those days for an undergraduate degree. I was accepted after a couple of years in university and doing well on a current-events quiz.

In our journalism education, we learned how to cover city hall, the courts, and the police. I was never taught about peer-reviewed academic journals. It would be extremely unusual to find a journalism instructor in BC in the 1970s or 1980s whose specialty was science reporting.

So, a certain deference kicks in when dealing with someone who has a scientific background and who can rattle off information that sounds credible.

And so it was with Henry in the early days of the pandemic. Reporters went along for the ride, learning a great deal about epidemiology at her regular briefings.

Who could argue with that? BC’s death rate was lower than other North American and European jurisdictions in the first wave of COVID-19. The reporters were being tutored by a masterful, kind-hearted, and sensitive epidemiologist.

It was only after Spector drew attention to one of the primary factors for BC’s early success—a late-arriving European viral lineage our province—that this narrative fell apart.

But by then, the legend of Henry and the NDP government’s smooth response had set in. It didn’t matter that Taiwan, fighting the same Asian viral lineage that arrived early in BC, went 255 days without a single case of COVID-19 in 2020. It didn’t matter that Vietnam had no official deaths from COVID-19 months after the first fatalities had been recorded in BC

Comparisons with other Pacific-facing countries weren’t considered important. And the NDP cruised to a large majority in October 2020, largely on the public’s belief, buttressed by the journalists, that Premier John Horgan, Dix, and Henry were capable overseers of the pandemic.

Most of these journalists weren’t paying a great deal of attention to the scientific journals. That’s because they were already getting their heads filled with endless amounts of information from Henry, who appeared to be managing the pandemic well.

Plus, these journalists don’t come from a world where people pay a great deal of attention to what might be written in the abstract of a peer-reviewed publication.

Certain peer-reviewed journals break through into the media from time to time, like an article in the Canadian Medical Association Journal, especially if it’s highlighted in a news release. The universities also like to send out news releases highlighting papers written by their academics.

But for the most part, these journalists are being bombarded with so much information about so many topics that these news releases go below the radar.

You had political reporters, not science journalists, leading the pandemic coverage at most BC media outlets.

If you’re reading legislation, Hansard debates, and attending marathon news conferences—plus having to file several times a day in some cases—it’s not likely that you’ll be poking around for the latest research on aerosols or the links between COVID- 19 and neurological disorders.

I have been extremely fortunate to work with an editor who makes a habit of reading scientific journals. Back in July 2020, Martin Dunphy told me that there were rumblings about COVID-19 being airborne.

His July 17, 2020 article—”Ten COVID-19 facts that should scare you into wearing a mask”—should stand as a landmark in Canadian pandemic journalism.

Dunphy covered it all, citing papers on COVID-19 as a vascular disease, mentioning long recovery times, the prevalence of strokes and heart attacks in patients not at-risk for these cardiovascular events, and other serious complications, including organ failure.

Not only that, Dunphy wrote in the same article about what researchers had written about the effect of the virus on pregnant women and loss of immunity, and the rise of brain complications in people who had mild forms of COVID-19.

In the coup de grace, he closed with the latest findings on airborne transmission of COVID-19.

“An excellent updated review of the known science in this regard is contained in this July 8 article in the science journal Nature,” Dunphy wrote.

That 2020 article, more than anything else, opened my eyes to a world of science that was not being presented in the briefings by Henry and Dix. It led me to try to learn more about aerosols, which are microscopic virus-carrying particles exhaled from breathing, talking, and coughing.

Dunphy set the table for everything you’ve read this year on Straight.com about the government’s response to COVID-19.

The vast majority of BC media workers are not reading the journals. They’re mostly relying on a closed loop: the provincial health officer, the BC Center for Disease Control, and the health authorities. Exceptions include Brishti Basu, Adriana Barton, Penny Daflos, Bob Mackin, Bill Amos, and Salim Jiwa.

This week, the premier of the province, Horgan, actually advised those who feel vulnerable from the lifting of provincial mask mandates to carry hand sanitizer with them.

It was a remarkably stupid comment in light of all we’ve learned from scientists over the past two years. It rivals anything Bill Vander Zalm said during his tenure as premier from 1986 to 1991. But was Horgan ridiculed in the pages of newspapers or on talk shows or on Global BC News or CBC for advertising his ignorance in this way?

If there’s anything we can take away from this, it’s this: journalism educators must up their game when it comes to igniting their students’ interest in reporting on important scientific topics, such as the pandemic.

They need to teach their students about abstracts, sample sizes, and other key aspects of scientific reporting. I think it would be wise for journalism instructors to invite Martin Dunphy, Norman Spector, or Adriana Barton to speak to their classes once a year, even if it’s through Zoom.

They can explain in no uncertain terms how the Canadian media missed the mark in its coverage of the pandemic.

I also encourage BC’s human rights commissioner, Kasari Govender, to seek them out if she ever orders a public inquiry under section 47.15 of the Human Rights Code into the government’s treatment of the immunocompromised and elderly.

As the climate crisis intensifies and airborne COVID-19 rips across BC largely unimpeded, the lessons from this pandemic will become more important than ever.