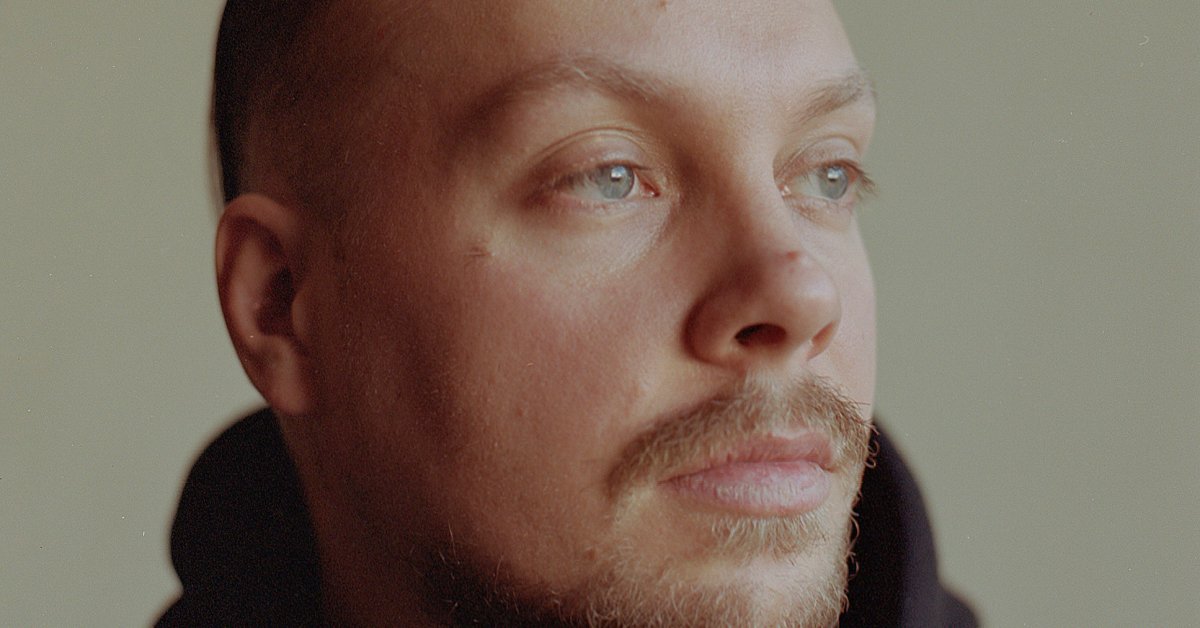 TIME first met Povilas Limontas outside the Ukrainian embassy in Vilnius, Lithuania, a week after Russia invaded Ukraine. The bartender, then 24, had left his home in Kaunas and taken the train that morning to enroll as a volunteer. If an orphan who had had two years of military experience in the Lithuanian army and had a strong sense of moral duty, he would have felt that it would be “selfish” not to go.

Even with registration papers in hand, it took him a while to figure out exactly how to get to Ukraine; he eventually traveled with a fellow Lithuanian who was carrying humanitarian aid to the country, and returned with refugees. He tried twice unsuccessfully to cross the border. One attempt turned out to be a blessing in disguise: Had he not been rejected, Limontas would have been at the international training center outside Lviv when Russia bombed it on March 13, killing 35. After he was finally admitted in the middle of the country -March he finally went to Kiev, together with some fellow volunteers from the Czech Republic and Sweden. There they were assigned as a unit to support the Territorial Defense Forces. Over the next month, they would experience about two weeks of fighting and witnessing the atrocities in Bucha after it was liberated.

His assignment over, Limontas returned to his home in Kaunas, Lithuania, on April 7. He doubts whether he will return to Ukraine. Limontas spoke with TIME’s Lisa Abend on April 17.

Povilas Limontas in the Kiev region on March 28.

We spent about four days at the central military base where we got our weapons – an AK47. There was training for people who were green, but we weren’t, so we told them to give us some targets and 10 or 20 shots to warm up with so we could get familiar with the rifle. And that was it; we were good to go. One thing I liked was that no one asked, “Why are you here?” Everyone understood that I was there to fight against evil.

We saw our first action about two weeks after arriving in Ukraine. We were bodyguards for an important person who visited the front and the two of us with the most experience went to the front in Irpin [a city northwest of Kyiv]† That was intense. An alarm had gone off in Kiev when the missiles arrived. There were long periods without sirens, and when they came, you still had time to go to a shelter, hide, smoke a cigarette. But in Irpin there was no silence, there were not 20 seconds between the siren and the explosion. They were just bombs coming all the time from right and left – and dangerously close, about 400 yards from where we were.

Read more: Meet the foreign volunteers who risk their lives to defend Ukraine and Europe

I’ve done a few more of those bodyguard missions. During the third, we had our first gunfight. This was at Irpin, in the woods, and the enemy was about 200 yards away; they tried to ambush the Ukrainians. We came as reinforcements and fired a little but after a while we had to run because one thing I learned in Lithuania is that if you’re in a firefight with Russians you only have 10 minutes before they get to artillery. The fight lasted five or ten minutes, but in my head it felt like five seconds.

Later we spent nine days in a second front line, defending a riverside village outside Kiev. We were told that the village needed support and that we were there to relieve some of the units already present. As soon as we got there – in the first 10 seconds of leaving our vehicles – we were shelled. We fell on our face. The explosions were 200 meters, 100 meters from us, and they just kept coming. It was right when we arrived, so there’s a good chance we were the target.

My best friend was a Czech, and at first the two of us joked that it would be nice if we were still alive the third day, because we got so much shelling that first night. Then, after a while, we just hoped for another day. We didn’t actually sleep the first night because every two hours we had to lead other guys into positions in the trenches, and every time we got 50 yards from our shelter there would be a whistle, we went down, and boom. I think I died almost four or five times the first night. I have a little bit of shrapnel in the back of my helmet. It’s a little bit, but that’s all it takes.

My closest contact with death came on the fourth or fifth day. We did shifts and filled the gaps for territorial defense fighters. At about 8 am I finished my shift and walked back to the shelter alone, which was not very smart of me. I heard a whistle, but it wasn’t the normal kind of whistle you’ll probably live in. This was a whistle that was very close, like a kettle boiling at maximum heat. My legs just collapsed and I hit the ground and covered my neck. It exploded maybe 10 meters away; there was a house there and it was completely destroyed. There was only one brick wall left and that’s what saved me. If the artillery had hit the left instead of the right, I would have been gone.

Destruction and destruction in a village on the outskirts of Irpin on April 1.

Before I left Lithuania, I said that if a missile was wasted on me instead of on children, I would take that deal. It wasn’t one or two missiles. Hundreds were wasted on me in those 9 days. And I was alive, so it turned out to be a good deal.

On the seventh day, the Ukrainians told us that they were retaking the town of Stoyanka, close to Bucha, and that they needed our support. They gave me a grenade launcher because I was trained to use it during my time in the Lithuanian army. I don’t really know how they managed to get one, but it was like getting a Christmas present.

On our way to Stoyanka, we knew there was a good chance we wouldn’t be coming back home. So before we left, my Czech friend handed me a piece of paper with a phone number and said, “This is my girlfriend’s phone number. If I fall, call her.” I was momentarily sedated because I thought those moments only existed in movies, I responded by telling him if I fell, he should send the last video of me to my friends, then we just nodded and went to work.

Read more: Ukrainians speak out on rape as a war crime to make sure the world holds Russia accountable

We expected huge resistance there, but it was nothing. So we helped clear the streets, along with the special police who cleared houses and basements. The operation may have lasted 10 hours, but in the end the Ukrainians had taken the city. And a few days later they posted that they had recaptured the entire Kiev region.

The Ukrainians have so much spirit. Just looking at it gives you strength. They are not afraid, they share everything, they joke, but they are also very sharp and willing to fight anywhere and anytime. It is impossible to win against such a country.

When I think of the Ukrainian volunteers who joined the fight after the invasion began, the two words that come to mind are ‘dumb brave’. Ukrainians are stupidly brave. Give them a gun and they’ll fight. That can be good and bad, but it’s better to be motivated to fight without skill than to have skill and be afraid to fight.

As for me, I was not afraid. I didn’t feel anything when I was there. I was not guided by emotions. At one point we went to Bucha as a shelter for some journalists who followed Ukrainian soldiers as they collected the bodies. Literally everything that wasn’t nailed down was stolen – they stole the ATMs and cash registers of supermarkets. Broken glass, shrapnel from the artillery, animals had been shot everywhere. We went to a kindergarten complex that the Russians had used as a command post, and we went into the basement where they shot and executed people. The walls were red with blood. My boots stuck to the floor because the blood hadn’t dried yet.

Read more: Visiting the crime scene Russian troops left behind at a summer camp in Bucha

I had no emotion. I basically left all my feelings at home. But now that I’m back home, I feel like they’re catching up with me, these new feelings that I don’t know how to deal with. I’ve struggled to understand what happened. Because it doesn’t matter how strong you are. Your mind is not used to seeing violence like this.

Now that I’m back in Lithuania, my mission is to get into every radio, talk show and newspaper I can. People get used to this kind of thing and I have to remind them that the war is not over and people still need support – in food, ammunition and medicine. Five euros is still a donation and five euros can feed people like me for 5 days.

I don’t think my time in Ukraine changed my view of the world or life. But I know I didn’t come back the way I left. What strikes me is after we recaptured Stoyanka, when we went back to the village. I had 40 kilos of stuff with me, and it was very hot and we had drunk all our water. We hadn’t slept for 30 hours. We went back to the village and slept and the next day when we woke up the front line was very far away. The artillery could not reach us. We stood outside smoking cigarettes, and there were no whistles, they were just gone. It was the first time in seven or eight days that it was safe to stand outside. It felt like we had made a difference and that my journey was not in vain. That was a very, very nice feeling.

Povilas Limontas sitting on a tank in Bucha on April 4.

We have completed our mission and defended the village. But I don’t consider it a win. There had been 200 or 250 houses in that town and nothing left. If you replaced the windows and roof, you might be able to live in some of them. All others were destroyed; I mean, there were only two bricks left. So we won, but at a huge cost.

About 20 hours after the front line moved, the elderly living in the village returned. There was an old woman standing in front of her house that looked as if it had been cut in half – an entire side had been completely blown away. She just let out a huge sigh. And then she went to her garden and began to dig. I think everyone has their own coping mechanism.

As told to Lisa Aben