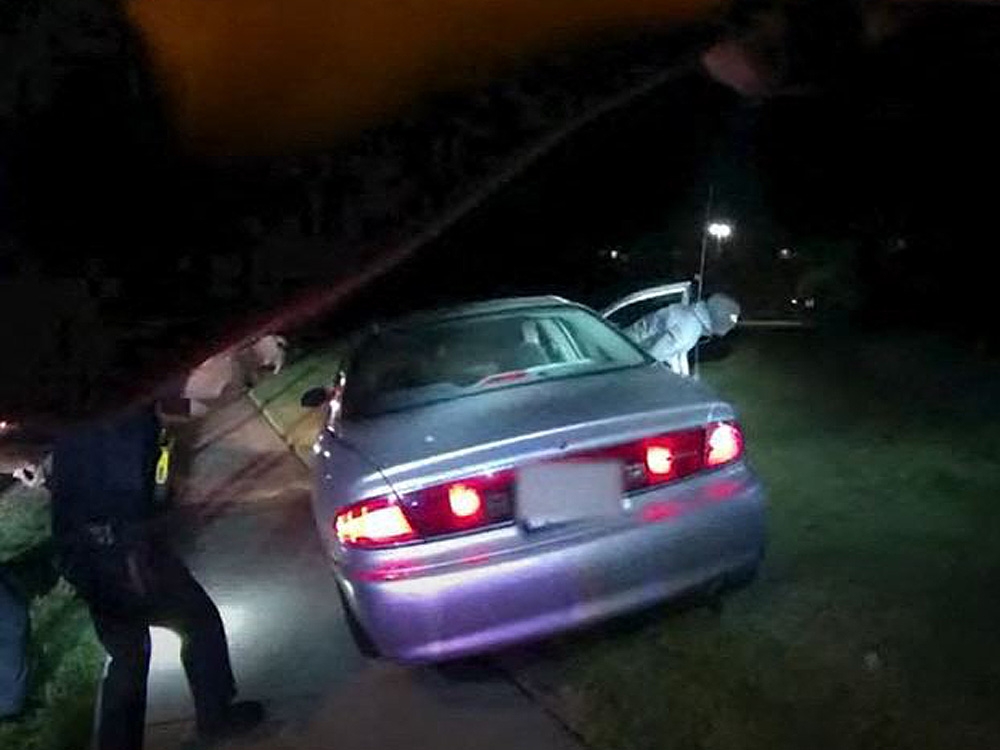 AKRON, Ohio — A black man was unarmed when Akron police chased him on foot and killed him in a hail of gunfire, but officers believed he had previously shot at them from a vehicle and feared he was preparing to fire again authorities said at a press conference on Sunday.

Akron Police have released a video of the murder of Jayland Walker, 25, who was killed in a chase that started with an attempted traffic stop. The mayor called the shooting “heartbreaking” while advocating for peace and patience from the community.

It’s not clear how many shots were fired by the eight officers involved in the shooting, but Walker suffered more than 60 injuries. A lawyer for Walker’s family said officers continued to fire even after he lay on the ground.

Officers attempted to stop Walker’s car early Monday for unspecified traffic and equipment violations, but less than a minute into the chase, the sound of a gunshot was heard from the car, and a transportation department camera captured what appeared to be a muzzle flash. coming from the vehicle, said Akron Police Chief Steve Mylett. That changed the nature of the case from “a routine traffic stop to now a public safety problem,” he said.

Police CCTV footage of the nighttime confrontation shows the minutes that followed. Several yelling officers with guns drawn approach the slowing car on foot as it rolls over a curb and onto a sidewalk.

A person in a ski mask exits the passenger door and runs to a parking lot. Police chase him for about 10 seconds before officers fire from multiple directions, in a series of shots lasting 6 or 7 seconds.

At least one officer had first tried to use a tranquilizer gun, but was unsuccessful, police said.

Mylett said Walker’s actions are hard to discern on the video in real time, but one photo appears to have him “go down to his waist” and another appears to show him turning to an officer. He said a third photo “captures a forward movement of his arm.”

The officers were then separated at the scene, and each indicated they believed Walker had gone to a firing position, Mylett said.

The footage released by the police ends with gunfire from the officers and does not show what happened in the moments after.

Mylett said an officer who fires at someone “must be ready to explain why they did what they did, they should be able to articulate the specific threats they faced…and they should be held accountable.” But he said he is withholding a judgment on their actions until they make their statements, and he said the union chairman has told him that everyone is “fully cooperating” with the investigation.

Police said more than 60 wounds were found on Walker’s body, but further investigation is needed to determine exactly how many bullets the officers fired and how many times Walker was hit. Officers assisted, and it can be heard that he still had a heartbeat, but he was pronounced dead, Mylett said.

A handgun, a loaded magazine and an apparent wedding ring were found on the seat of the car. A casing matching the weapon was later found in the area where officers believed a gunshot had come from the vehicle.

Ohio Attorney General Dave Yost promised a “complete, fair and expert investigation” and warned that “body-worn camera images are just one representation of the whole picture.”

The officers involved in the shooting are on paid administrative leave, which is customary in such cases.

Protesters marched through town and gathered outside the Akron courthouse after the video was released. NAACP President Derrick Johnson said in a statement that Walker’s death was not self-defense, but “was murder. Point blank.”

Walker’s family calls for responsibility, but also for peace, their lawyers said. One of the attorneys, Bobby DiCello, called the burst of police gunfire excessive and unreasonable, and said police handcuffed Walker before attempting to administer first aid.

“How it got to this point with a car chase is beyond me,” said DiCello.

He said Walker’s family don’t know why he fled the police. Walker mourned the recent death of his fiancée, but his family was not concerned beyond that, and he was not a criminal, DiCello said.

“I hope we remember when Jayland ran across that parking lot, he was unarmed,” DiCello said.

He said he doesn’t know if the gold ring found in the car with the gun belonged to Walker.