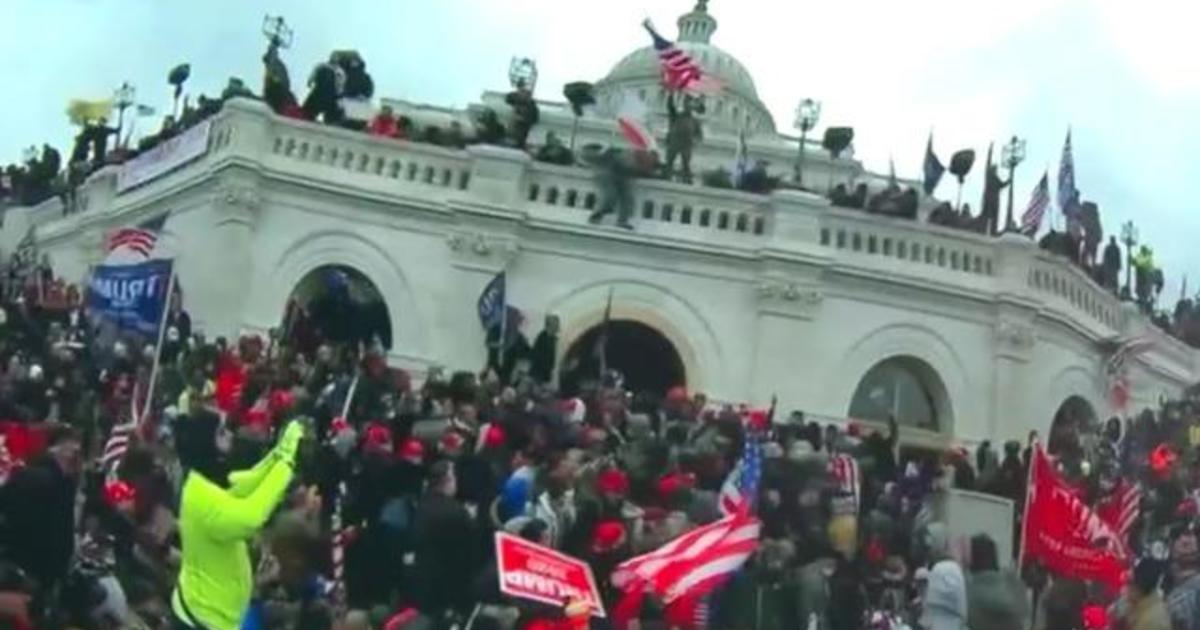 The House Select Committee investigating the January 6, 2021 attack on the US Capitol has revealed new insight into what happened that day. first public hearing on Thursday evening. It was the first in a series of scheduled public hearings.

Here are six things that Thursday night’s hearings have publicly confirmed for the first time.

1. Trump has never called upon a law enforcement agency to protect the Capitol. Instead, Pence did, Cheney says.

According to Vice President Liz Cheney, Trump, who was president at the time of the riots, has not made any calls for a federal entity to direct law enforcement agencies to protect the Capitol. Instead, then-Vice President Mike Pence did, effectively assuming the role of President.

“President Trump not only refused to tell the crowd to leave the Capitol, he made no appeal to any element of the United States government to instruct that the Capitol be defended,” Cheney said. He did not call his Secretary of Defense on January 6. He did not speak to his Attorney General. He did not speak to the Department of Homeland Security. President Trump did not order the National Guard to be deployed that day. effort to work with the Department of Justice to coordinate and deploy law enforcement resources. Vice President Pence did each of those things.”

It’s likely the committee will expand on this in upcoming hearings, as exactly what Trump did in those critical hours on Jan. 6 remains unclear.

2. Ivanka Trump said she accepted Barr’s assessment of the election

Then Attorney General William Barr testified that he told Trump he disagreed with his belief that the 2020 presidential election had been stolen.

“I made it clear that I didn’t agree with the idea of ​​saying the election was stolen and putting out stuff like this that I told the president was nonsense,” Barr said in a recorded testimony. “And I didn’t want to be a part of it.”

When Barr determined that President Biden had indeed won the election, Ivanka Trump, Trump’s daughter and adviser, told the committee that she believed him.

“I respect Attorney General Barr. So I accepted what he said,” she said.

The president’s daughter was the first member of the former first family whose testimony was broadcast during the hearings.

3. Multiple Republican Lawmakers Asked for a Pardon from the White House After Jan. 6

Cheney also claimed that in the days following the Capitol riots, several Republican members of Congress petitioned for presidential pardons, including Rep. Scott Perry. Perry has refused to comply with the commission’s subpoenas.

“Several other Republican congressmen have also asked for presidential pardons for their roles in an effort to undo the 2020 election,” Cheney said.

She didn’t mention the other Republicans.

The president’s son-in-law and a top adviser, Jared Kushner, was asked by Cheney during his taped statement about “multiple threats” from White House counsel Pat Cipollone and his team to step down amid what Cheney called the ” legal activity” mentioned Trump’s efforts to hold onto the presidency.

“Do you know of several times when Pat Cipollone threatened to resign?” Cheney asked Kushner in a clip played during Thursday’s public hearing.

“Like I said, my interest at the time was getting as much pardon as possible,” Kushner said. “And I know he and the team always said, we’re going to resign, we’re not going to be there if this happens, if that happens. So I took it just to whine, to be honest.”

5. Proud Boys Started Marching to the Capitol Before Trump’s Speech

“I was confused to some extent as to why we walked away from the president’s speech, because I felt we were there to report,” Quested said.

Cheney said members of Trump’s cabinet discussed the “possibility of invoking the 25th Amendment,” adding that the American public will hear more about it in upcoming public hearings. The 25th Amendment provides a path for the cabinet to replace the president. It was never called upon on or in the days after January 6.

Attack on the US Capitol

Kathryn Watson is a political reporter for CBS News Digital, based in Washington, DC