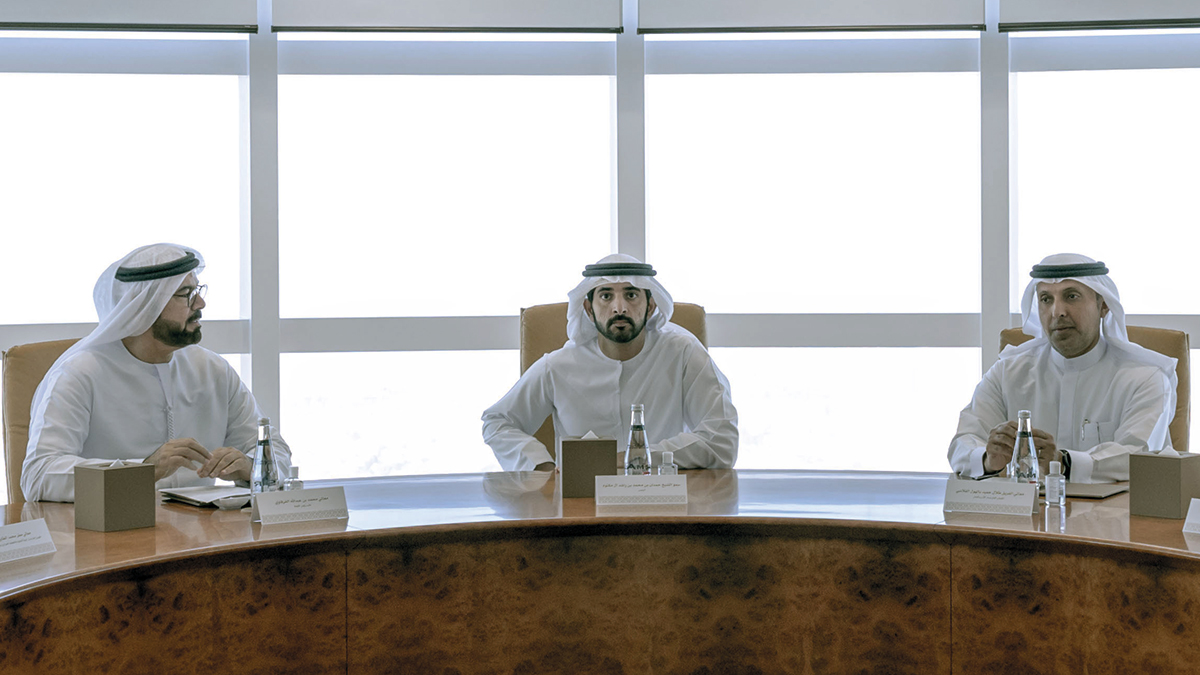 His Highness Sheikh Hamdan bin Mohammed bin Rashid Al Maktoum, Crown Prince of Dubai and Chairman of the Executive Council, Chairman of the Supreme Development and Civil Affairs Committee, presided over a meeting of members of the Supreme Committee, which was set up to implement the directives from His Highness Sheikh Mohammed bin Rashid Al Maktoum, Vice President and Chairman of the Council of the UAE, Ministers and Ruler of Dubai, where His Highness was briefed by members of the Supreme Committee on the latest developments in the work of the Committee within its seven tracks, in a way that ensures the consolidation of social, family and demographic stability, enhances citizens’ quality of life, improves their well-being and offers development opportunities to young people.

His Highness said at the meeting: “We have assigned the working teams of the Supreme Development and Civil Affairs Committee to work on 50 projects and initiatives related to retirees and community cohesion, social services, housing and quality of life, and the innovative endowment system. , which translates His Highness Sheikh Mohammed bin Rashid Al Maktoum’s vision aimed at accelerating the pace of development in Dubai is in line with a comprehensive methodology. for us it is a top priority.”

And His Highness continued: “We have also led the investment of resources and capabilities to provide the best standard of living for citizens, based on our belief that investing in people is the most beneficial and beneficial, and that citizens are and are the most precious wealth the focus of development and its creator.”

His Highness indicated that the priority of the Supreme Development and Civil Affairs Committee is to provide citizens with all the means to improve family stability, which is in line with Dubai’s integrated social security system.

His Highness called on government and private agencies to give great importance to the social sector, and to participate in initiatives flowing in this direction, to contribute to the comprehensive development process and to improve social welfare.

The Supreme Development and Civil Affairs Committee aims to provide citizens of all categories and age groups with all the resources to support them, through a specific action strategy based on a series of axes related to everything related to citizens, ensuring that the goals set by His Highness Sheikh Mohammed bin Rashid Al Maktoum for this file are achieved as follows: The committee follows up on the social services file with the relevant authorities, provides advanced and integrated services to citizens, in addition to launching and adopting a wide range of initiatives.

“Our aim is to improve citizens’ lives, which is a top priority. Our social, housing and development services translate Mohammed bin Rashid’s vision aimed at accelerating the pace of development in Dubai according to a comprehensive methodology.”

“We have instructed the committee to invest resources and capabilities to provide citizens with the best standard of living, based on our belief that investing in people is most beneficial and beneficial, and that citizens are the most precious wealth and are the focus and creator of development.”