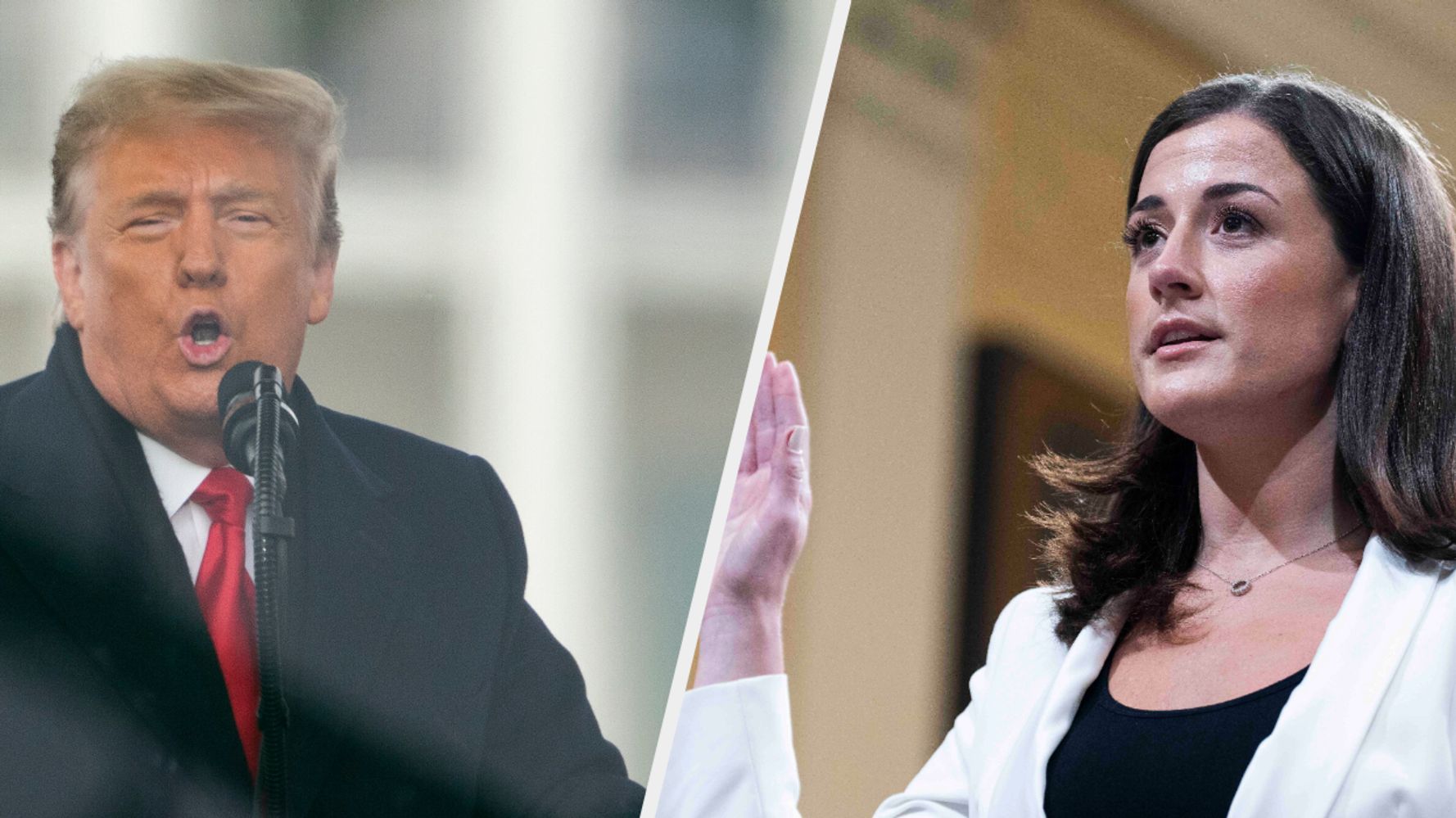 Hutchinson’s revelation that Trump knew his supporters were armed with guns when he led them to the building was just one in a series of bombshell moments.

According to Hutchinson, an “outraged” Trump attempted to take the wheel of the presidential limousine from a Secret Service officer in hopes of driving to the Capitol to join the insurgency.

Donald Trump, when told he couldn’t go to the Capitol on January 6, “I’m the damn president. Take me to the Capitol now,” Cassidy Hutchinson testifies

Trump then reached for the wheel. A USSS agent said, “Sir, you must take your hand off the wheel.”

Hutchinson testified that she had heard from another Trump aide about the ex-president’s vote after he ordered his supporters to march to the Capitol.

“The president said something along the lines of, I’m the f-ing president, take me to the Capitol now. to which [Secret Service agent Bobby Engel] replied, ‘Sir, we have to get back to the West Wing,’ said Hutchison.

She continued: “The president reached out to the front of the vehicle to grab the steering wheel. Mr. Engel grabbed his arm and said, ‘Sir, you need to take your hand off the wheel, we’re going back to the West Wing. We’re not going to the Capitol.’”

“Mr. Trump then used his free hand to lunge at Bobby Engel and then Mr [Anthony] Ornato had told me the story, he had gestured to his collarbones.”

‘Ketchup was dripping off the wall’

Hutchinson told the committee she heard a noise from the White House dining room after Trump heard of the interview, and peeked into the room shortly after.

“I first noticed ketchup was dripping down the wall and there was a shattered china plate,” Hutchinson said. She added that the clerk conveyed “that the president was extremely angry at the attorney general’s AP interview and had his lunch thrown against the wall, forcing them to clean up.”

Hutchinson added that on multiple other occasions Trump had angrily tossed food and plates and sometimes lifted the entire tablecloth to spread his mess.

“There were several times during my tenure with the chief of staff when I was aware that he was throwing plates or turning the tablecloth over to make all the contents of the table fall to the floor and probably break everywhere,” she said.

‘He thinks Mike deserves it’

Hutchinson told the panel that she remembered White House counsel Pat Cipollone telling her boss Meadows, with great concern, that the crowd was “literally [vice president Mike Pence] to be hanged”.

Meadows is said to have said of Trump’s response to the “hang Mike Pence” chants:

“He thinks [Pence] deserves it. He doesn’t think they’re doing anything wrong.”

“This is insane,” replied Cipollone.

The president was aware that members of the crowd at the Stop the Steal rally had AR-15s, pistols, bear spray, spears and other weapons and were wearing body armor as he led the crowd to the United States Capitol.

Hutchinson testified that Trump urged the Secret Service to bring down the magnetometers — or metal detectors — set up at the site of his speech so that more people could attend, as armed individuals were unwilling to pass through them. .

Capitol police audio played during the hearing also shows that officers were concerned about heavily armed individuals wearing military uniforms outside of Trump’s speech before ordering them to march toward the Capitol.

— Trump on Jan. 6, according to WH aide Cassidy Hutchinson

Trump, who had been warned about the guns, was aware of the danger they posed but seemed relaxed about it, Hutchinson testified.

“I heard the president say something along the lines of, ‘I don’t care if they have guns,'” she said. “They’re not here to hurt me. Take the f-ing mags [metal detectors] away. Let my people in. They can march to the Capitol from here.’”

On January 2, four days before the mob attack, Hutchinson escorted Trump’s personal attorney Rudy Giuliani to his car after a meeting at the White House. Hutchinson said Giuliani had told her they were “going to the Capitol” as part of a plan to keep Trump in power, and that “the president will be there” and “it’s going to be great.”

When she asked Meadows about that comment, she said he seemed to know all about it. “A lot is happening,” Meadows replied, Hutchinson said. “It can get really, really bad on January 6.”