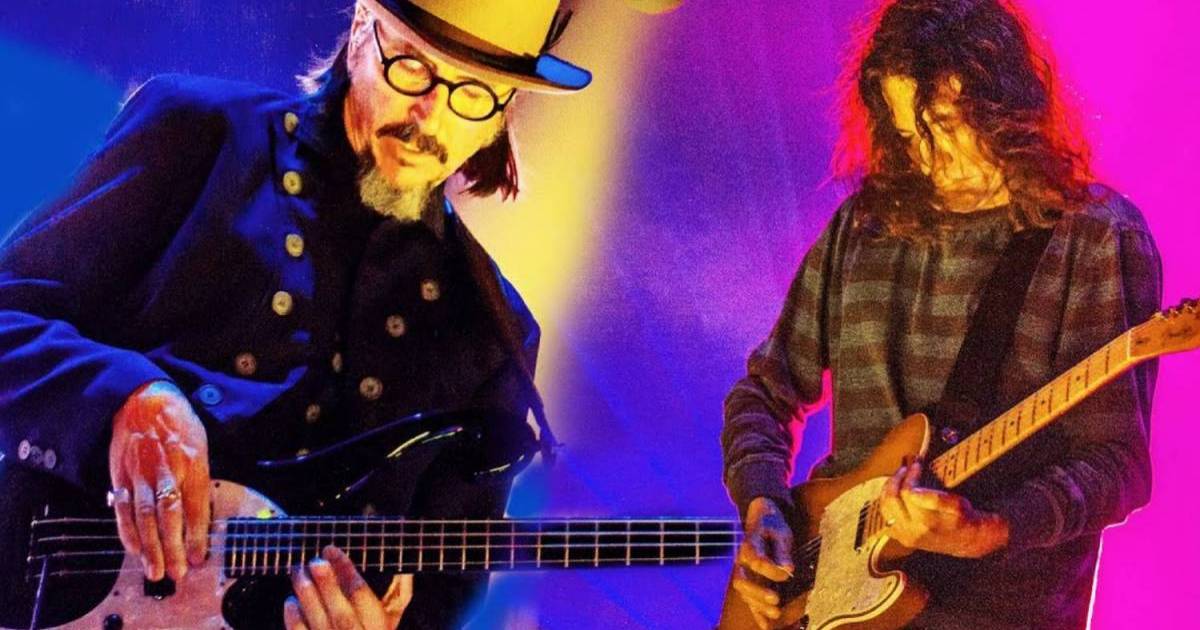 FRIDAY† the Reklaws play the Boots and Babes Ball at the Commodore Ballroomwith guests Jade Eagleson and Nate Haller.

FRIDAY: British new-wave band Modern English plays 1982 album After the snow in its entirety at the Rickshaw Theater†

FRIDAY AND SATURDAY: the Vancouver Symphony participates in a screening of Return of the Jedi at the Orpheum Theater†

FRIDAY AND SATURDAY: performances in the Vancity Culture Lab from How the West Was One, an original queer comedy set in a Wild West saloon in 1860.

FRIDAY AND SATURDAY† the Broadway Chorus adopts the classic myth of Orpheus and Eurydice in Eightiestown: The New Musical at the Theater by the water†

FRIDAY TILL SUNDAY: in collaboration with the Winnipeg Art Gallery, the Museum of Vancouver presents the traveling exhibition Boarder X until October.

FRIDAY TILL SUNDAY† Ghosts of the Machinea new exhibition curated by Elliott Ramsey that looks at the relationships between humans, technology and ecology, runs through August 14 in the Polygon Gallery†

FRIDAY TILL SUNDAY† Art Umbrellas year-end dance performance at the Vancouver Playhouse celebrates the achievements of all its young dancers over the past ten months.

FRIDAY TILL SUNDAY: performances in the Russian hall until June 19 Morag, you are a long time Deidan experimental musical that follows a journey of queer discovery through remixing of traditional Scottish music.

FRIDAY TILL SUNDAY† Broadway across Canada presents performances in the Queen Elizabeth Theater until June 19 Hamiltonthe Tony-winning musical with book, music and lyrics by Lin-Manuel Miranda†

FRIDAY TILL SUNDAY: featured on the UBC’s Museum of Anthropology until January 1 is Xicanx: Dreamers + Changemakers / Dreamers + Creadores del Cambioshowing the rich traditions of 33 Xicanx artists.

FRIDAY TILL SUNDAY: featured on the Polygon Gallery until July 3 is Gathering Darknessan exhibition of photos of the Russian war against Ukraine by Alexander Glyadvelov†

FRIDAY TILL SUNDAY: New T. rex: the Ultimate Predator exhibit reveals the story of the world’s most iconic dinosaur through life-size models, fossils, and engaging interactives. The exhibition will run until January 22, 2023 Science World†

FRIDAY TILL SUNDAY† The Imitation Game: Visual Culture in the Age of Artificial Intelligencea new exhibition in the Vancouver Art Gallery through October 23, examines the extraordinary use (and abuse) of AI in the production of modern and contemporary visual culture around the world.

FRIDAY TILL SUNDAY† Everything Under the Sun: In Memory of Andrew Gruft, one of the featured exhibitions of the Capture Photography Festival, runs until September 11 in the Vancouver Art Gallery†

FRIDAY TO SUNDAY: Canoe cultures :: Ho’-ku-melh at the Vancouver Maritime Museum showcases the work of 20 indigenous artists and sculptors alongside historical images and information that tells the story of the resilience and strength of indigenous peoples through the war canoe and all it represents. The exhibition, curated by native artist and cultural historian Roxanne Charles, will run until July 3.

SATURDAY: the BC Lions take on the Edmonton Elks in their home opener in the Canadian Football League on BC Place Stadium†

SATURDAY: the Erato Ensemble presents Vancouver Stories, featuring world premieres of short operas and chamber music by composers and writers from BC, at the attachment†

SATURDAY AND SUNDAY: performances at Presentation House Theater from Drives me crazya play about a family and their relationships with each other as experienced through their vehicles.

SATURDAY AND SUNDAY: SpongeBob SquarePants and his quirky undersea neighbors discover a nearby volcano is about to erupt The Spongebob Musical at the York Theatre†

To see hundreds more events, visit our Things to Do in Vancouver page, and follow for the latest updates and announcements Vancouver Happenings on Twitter.