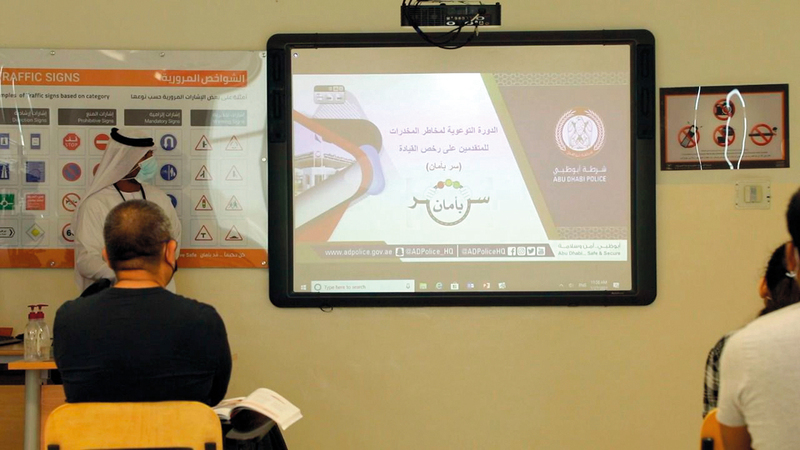 32,000 applicants for a vehicle license at national “driving” training institutes have benefited from the “Walk Safe” initiative to raise awareness of drug harm, according to the curriculum approved by the Abu Police Police’s Directorate of Anti-Drugs in the Criminal Security Sector Dhabi, since its inception.

The director of the Abu Dhabi Police’s Anti-Narcotics Directorate, Brigadier General Taher Ghareeb Al Dhaheri, said the directorate made a field visit to police agencies and institutions to review the progress of the Drive Safe initiative after it was disseminated at the state level, noting that the initiative had positive results and that the curriculum was taught in five languages ​​(Arabic, English, Pashto, Urdu and Malayalam).

He thanked the General Administration for Licensing Federal Vehicles and Drivers for helping to support the Drive Safe initiative at the state level, developing the police system in the fight against drugs, and urged community members Cope with the Plague, for their safety and security, praised the collaboration with partners in educating and protecting the youth group from entering the department of abuse and addiction, and reducing car accidents due to substance abuse.

For his part, the director of the Anti-Narcotics Department in Al Ain, Lieutenant Colonel Dr. Salem Obaid Al-Amri, integrating work in accordance with a federal vision, for the success of this single-minded initiative, and for works to spread awareness widely, noting that everyone agreed on the vision, the goal and the benefits achieved by the initiative in educating those who want it. Get a driver’s license against the dangers of drugs.