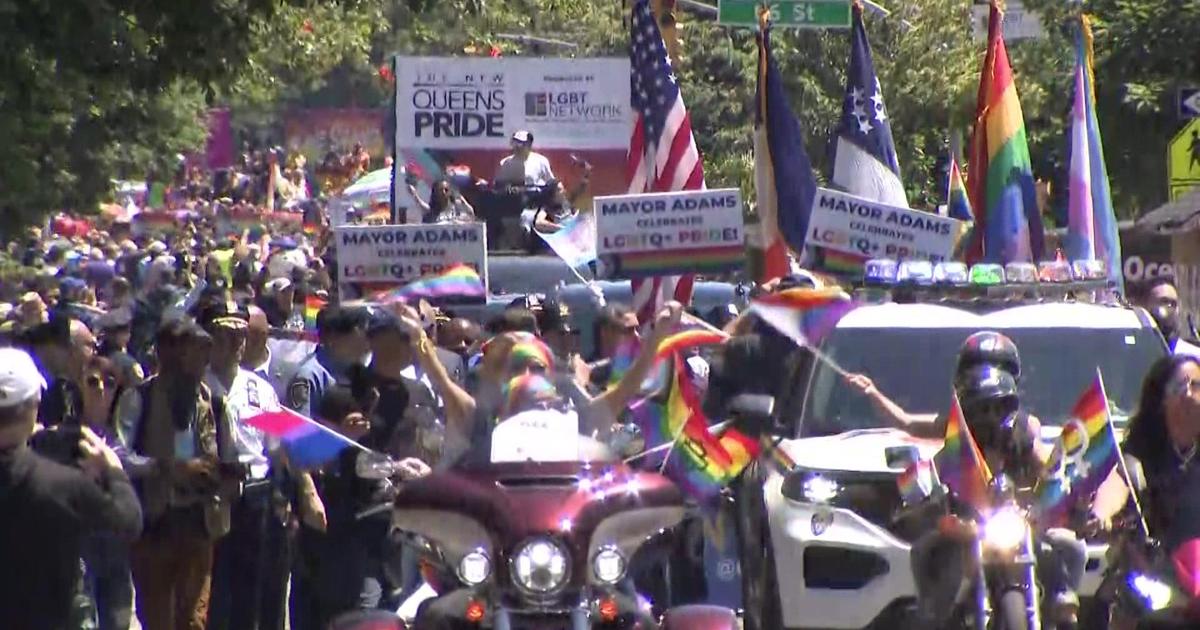 “It’s a great day. We’re all getting back together after two years, you know, since the pandemic,” said David Kilmnick, president of the LGBT network.

According to organizers, the largest Pride event in Queens has started at 89th Street and 37th Avenue.

There was music, dancing and marching along with performances by Mayor Eric Adams and other officials.

“We need to stand together to make sure the LGBT and transgender community knows that we are all united,” said Queens District Attorney Melinda Katz.

The parade, which began 30 years ago, honors Julio Rivera, a gay man who was assaulted and murdered in Jackson Heights in 1990. The street near where it happened has since been renamed after him. The parade route took participants to that location for a moment of silence in his honor.

“If we break that silence, we’ll say never again,” said one speaker.

“We need to be just as strong, to ensure that not one more LGBT person becomes a victim of hate crime, no more LGBT person afraid of coming out, wherever they live, learn, work, play and pray.” Kilmnick said.

“As an educator, to be able to stand in front of my students and say, ‘You are all welcome. Everyone is welcome.’ It’s so important to represent that and also to march with them,” said Jermaine Rowe, a theater professor at LaGuardia Community College.

“Respect us because we’re just people,” said one participant.

“We love you and we will always stand by you,” said Adrienne Adams, president of the New York City Council.