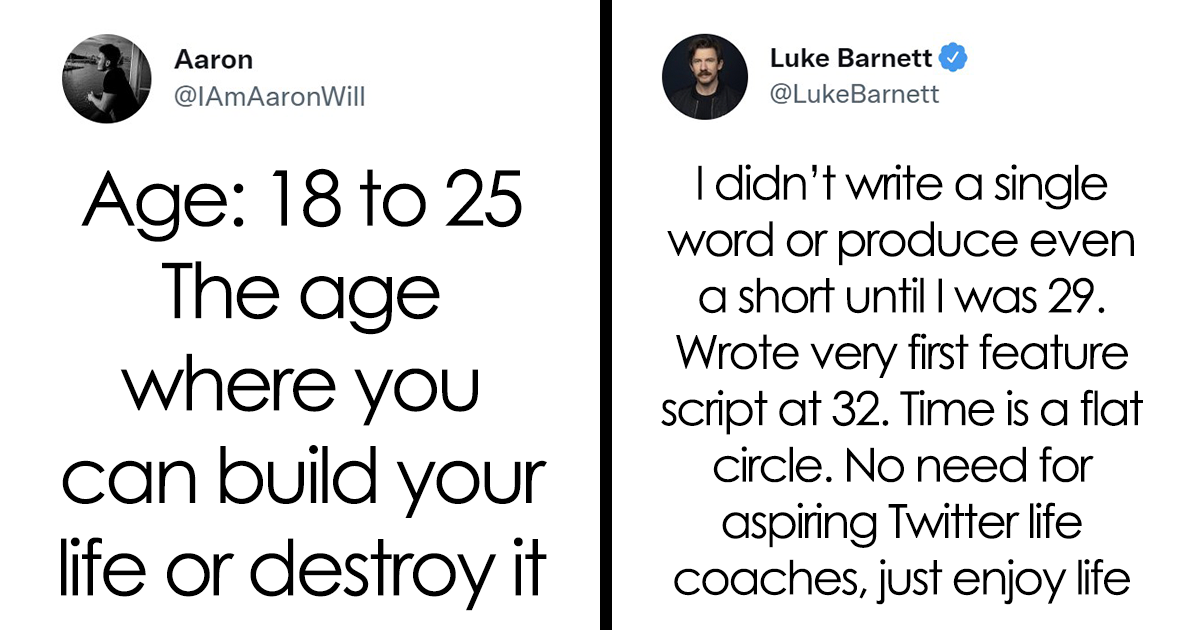 Most would probably agree that while our lives are short, sometimes they get to the point where they feel unbearably long.

Throughout our existence, we are bombarded with made-up expectations that should determine our entire future.

We’re all expected to achieve certain things at certain ages, whether it’s your mom nagging you about having kids, even though it’s the time when people thought you had to have a kid to be “complete.” long gone and people are more than allowed to not want children.

Or maybe your old folks are demanding that you drop your artistic interest and find a more profitable profession – whatever it is, the moral of the story is that societal expectations are worthless, and it’s more than okay to ignore them.

Society likes to pressure people, but it is important to remember that everyone moves at their own speed in life

Life is all about learning, growing and having fun. We are not some kind of machine programmed to achieve the highest possible standards, nor is it a competition – we are living beings, and each of us does things at our own pace, whether society agrees or not.

A Twitter user who specializes in “sharing insights about wealth, wisdom and motivation to ensure you get ahead in life” shared a post suggesting that people should have their lives before 25.

While a few internet users agreed with the statement, many decided to speak out on the specific topic of social expectations.

American actor Luke Barnett took the time to respond to the thread, sharing that he didn’t produce anything until age 29 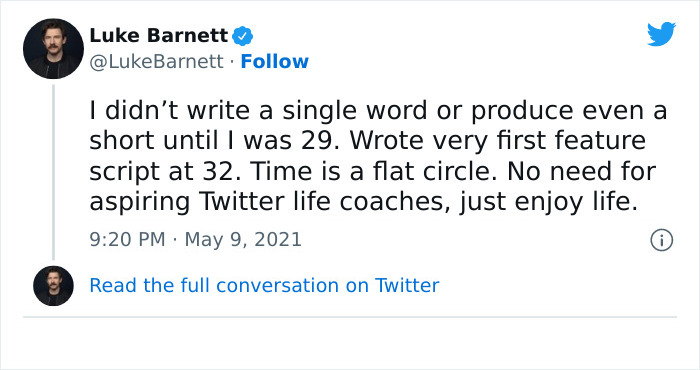 Luke Barnett has previously worked with Will Ferrell’s Funny or Die comedy video website and film/television production company, where his pieces garnered millions of views and were nominated for Streamy awards.

The man also produced and starred in a recent satirical comedy Faith Based, which currently has a 94% rating on Rotten Tomatoes.

Replying to the thread, Barnett said he didn’t write a single word or make a short video until he was 29; he encouraged people to go at their own pace and advised people to ‘just enjoy life’. 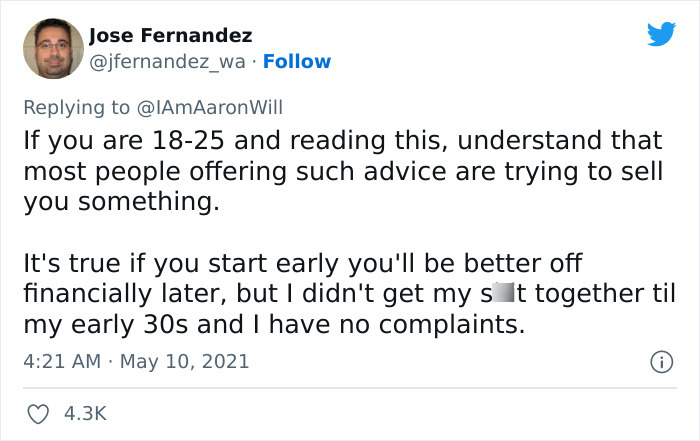 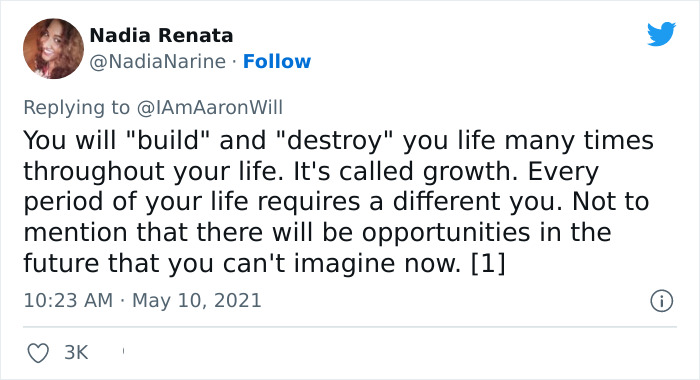 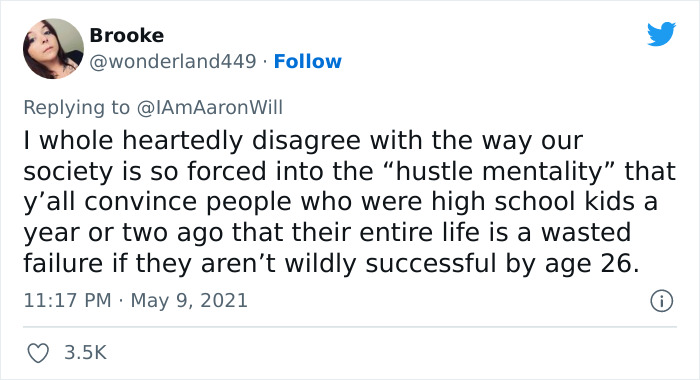 Some said that during your entire existence you will build and destroy your life many times, which is true because no one is born knowledgeable.

@NadiaNarine said that “every period of your life requires a different you”, and that it’s a shame that our society doesn’t recognize this and pressures people to think that if you don’t achieve certain things before 25 you are a failure. 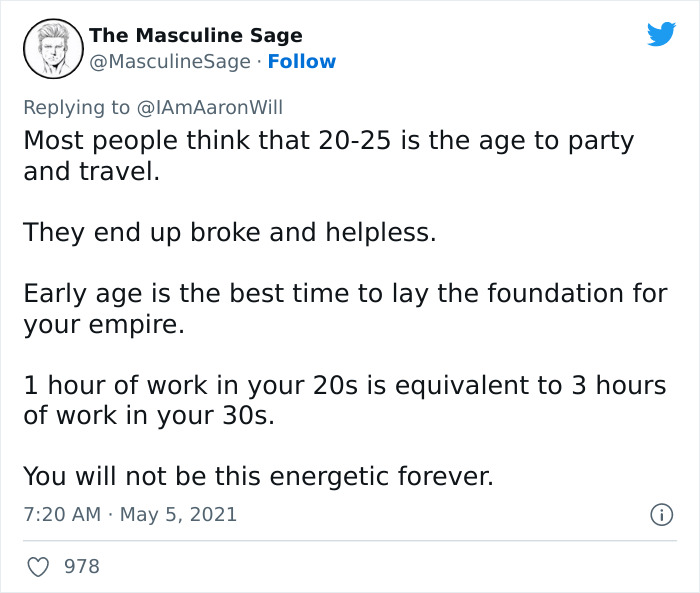 Of course, there were a few netizens who had similar views on life:

For example, this Twitter user suggested that those who think 20 to 25 is the age to party and travel are going broke and helpless. @MasculineSage said that “young age is the best time to lay the groundwork for your empire” as we won’t be this energized forever.

While it’s somewhat commendable to some that the man is willing to focus his life on achievement, sometimes it’s important to slow down and enjoy your mornings rather than rush to work in a frenzy. 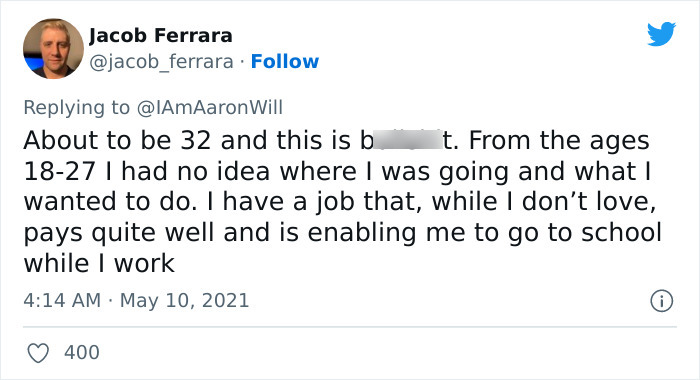 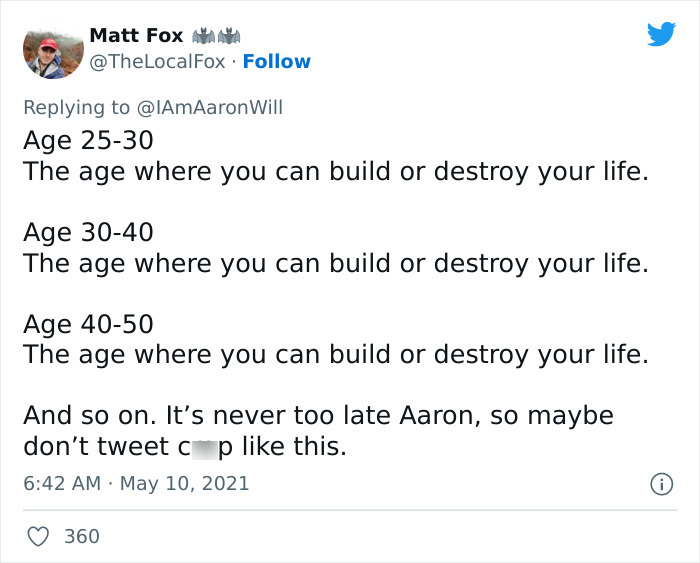 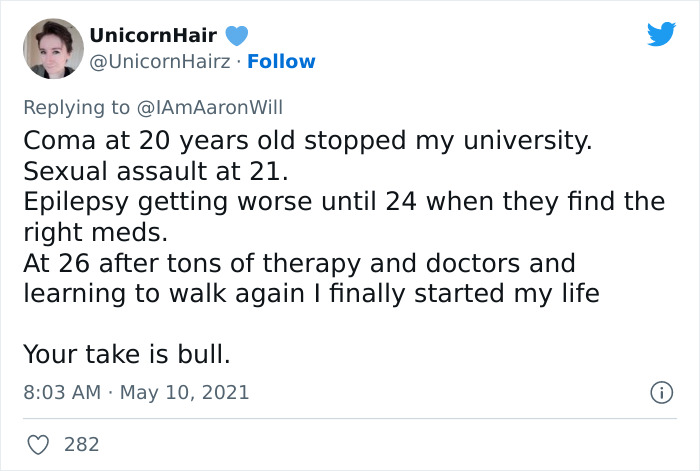 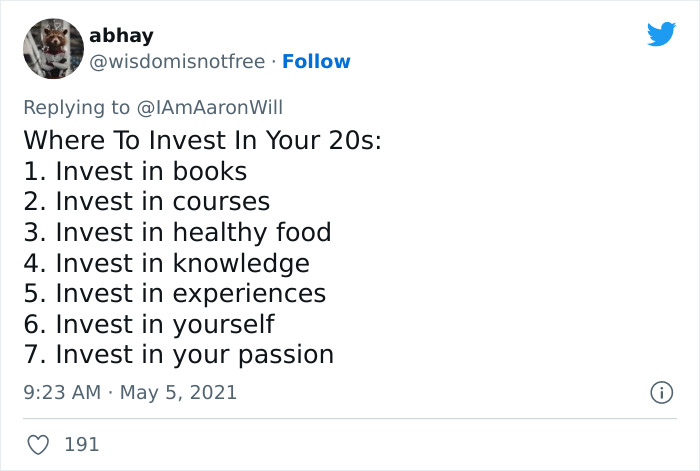 Image Credits: wisdom is not free 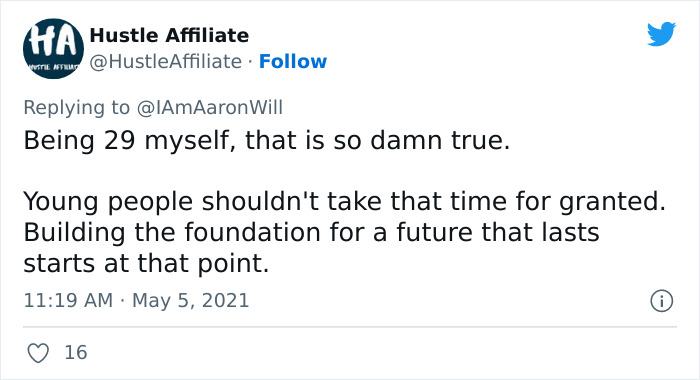