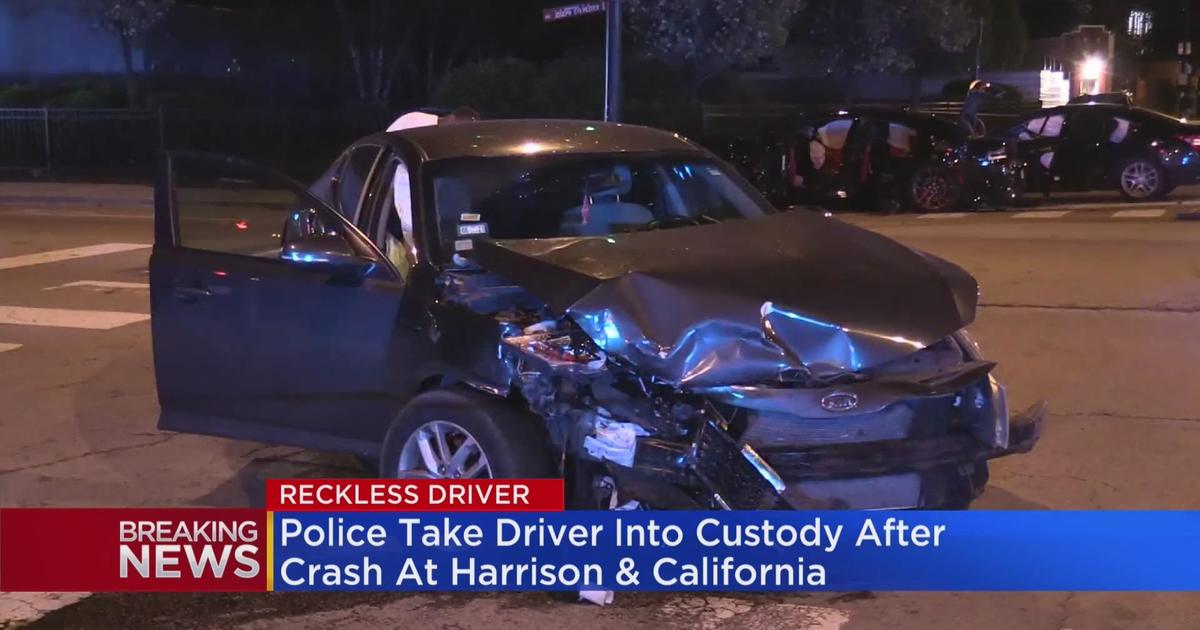 CHICAGO (CBS)– Chicago police have arrested a 23-year-old after he crashed into two cars Monday night in the East Garfield Park neighborhood.

Police helicopter followed a Dodge Charger north on California Avenue just after 11:20 p.m. The driver of the Dodge Charger crashed into a Nissan sedan and a Kia Optima.

After the crash, police said the driver got out of the car and ran onto the Eisenhower Expressway.

During the chase, an unmarked police car was hit by another car.

Police found two handguns and narcotics from the suspect’s car.