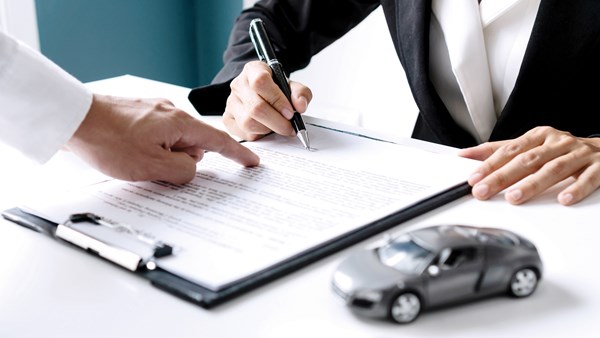 lower bounds
Farid Lutfi, secretary-general of the Emirates Insurance Association, told Al-Ittihad that car insurance prices, both “comprehensive” and “against third parties”, have fallen selectively since the beginning of this year as the vast majority of companies Issuers of this type of insurance are in the business of offering documents at minimum prices, while large reputable companies with strong financial solvency stick to offering documents at higher prices based on solid technical pricing bases.
He pointed out that about 40 companies rush to offer documents at prices hitting the minimum to increase liquidity volume and maximize market shares, compared to just eight companies that stick to exporting documents at higher prices due to their strong financial solvency. Lutfi noted that the rate of cut applied by most companies in the first half of this year was between 12% and 30% compared to the same period last year.
Lutfi added that the Emirates Insurance Association is looking forward to discussing the pricing process for motor insurance in the local market with the Central Bank.

Quality of service
For his part, Nasr Abdel Rahman, a member of the Emirates Insurance Association’s Automobile Committee, said that car insurance prices declined in quality from early January to late June as small businesses saw the decline, which amounted to 20%. compared to the same period last year. While most major companies maintained good sales levels.
He pointed out that some people and destinations are selling car insurance through the internet and social media at discounted prices by relinquishing most of their commissions to some of the licensed brokers they work with, pushing prices down to non-technical levels. .
He added that seeking the customer for the cheapest price could detract from the services provided, urging customers to focus on the name of the company issuing the document and covers, as well as the services provided before committing. focus on price.

urgent liquidity
Saeed Al Muhairi, CEO of United Gulf Insurance Brokerage Company, said the “comprehensive” and “against third party” auto insurance rates, be it “repair by agency” or “repair by other agency,” said Saeed Al Muhairi, CEO of United Gulf Insurance Brokerage Company. have fallen by more than 20% during the first half of this year compared to the corresponding period last year.
He explained that the significant drop in prices was the result of increased competition among insurance companies issuing auto insurance policies as a result of the companies’ desire to accumulate liquidity and offset dwindling demand in a number of other countries. insurance offices.
He pointed out that some people and destinations are selling car insurance through the internet and social media at low prices, pushing prices down to a non-technical level. He pointed out that the overall decline rate since the start of the “Covid 19” pandemic has so far reached about 40%, increasing the need for companies to adopt sound technical foundations for pricing documents to maximize corporate profits.
Motor insurance premiums currently account for about 20% of total premiums written, underscoring the industry’s importance and its critical role in feeding the insurance industry with liquidity. Competitiveness, in a way that supports the industry and ensures its profits.

collective effort
Mahmoud Hassoun, CEO of First Insurance, confirmed that comprehensive and third-party insurance prices fell by 20% from the start of the year to June as a result of competition between insurance companies for market share.
He added that despite the low prices, all companies are adhering to established minimum limits and discounts allowed, pointing out that the stability of demand in many insurance industries has increased the interest of companies in applying these discounts to secure urgent liquidity. set.