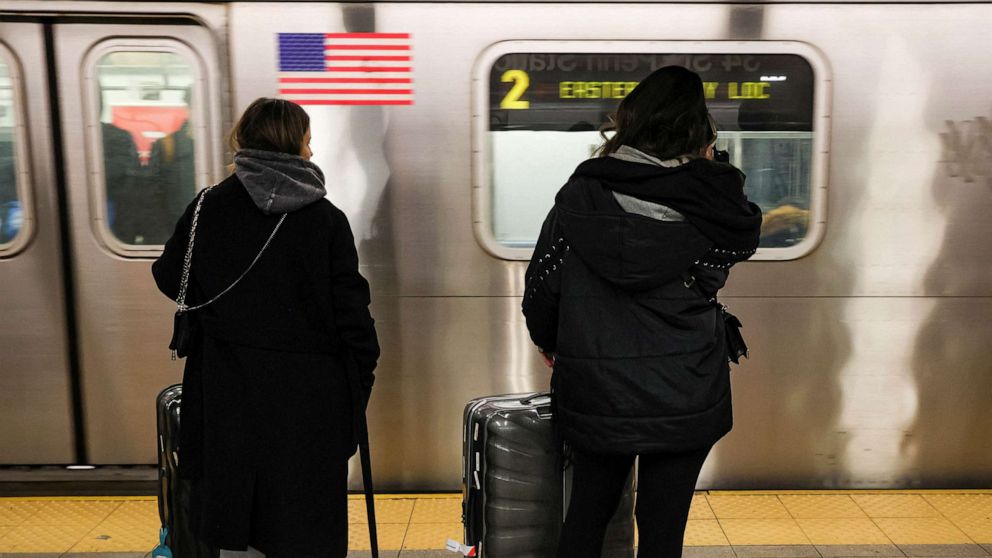 A man and a woman were killed Tuesday morning by a New York City subway train in an incident that the mayor says does not appear to be a crime.

The fatalities on the L tracks on 6th Avenue do not appear to have resulted from “pushing or shoving,” said Mayor Eric Adams, who responded to the scene.

“It looks like it wasn’t a crime,” the mayor said, adding that a “thorough investigation” “will determine exactly what happened.”

Subway travelers should expect “significant delays,” according to the MTA.

The victims are a 44-year-old man from Long Island and a 63-year-old woman from Brooklyn, according to police.

This comes just hours after a man, possibly carrying a hammer, broke into the shipping room of a Manhattan subway stop and struck an MTA employee on the head, according to ABC New York station WABC. The suspect hid under a stationary subway train and was later apprehended, WABC reported.