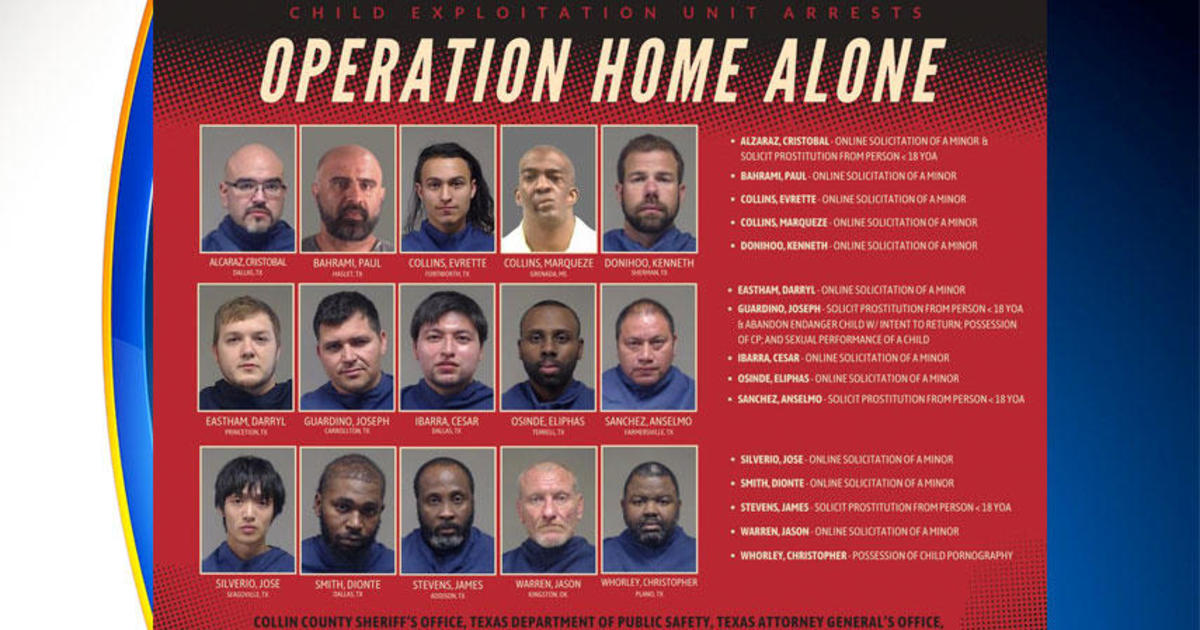 The undercover operation targeted suspects who would use the Internet to hunt adolescent children.

“I would like to thank the researchers who participated in this operation for their hard work and dedication to bringing this group of sexual predators to justice. These predators are very advanced in their use of technology and exploit online forums to target and communicate with children.” said Collin County Sheriff Jim Skinner. “Parents should talk to their children about their devices and how they use them — and report any suspicious activity to the nearest law enforcement agency. Here in Collin County, we will continue to do what it takes to protect our children.”

During the operation, investigators seized a large number of electronic devices used by these individuals to commit their crimes. These devices will be subject to forensic examination, which could lead to additional criminal charges.