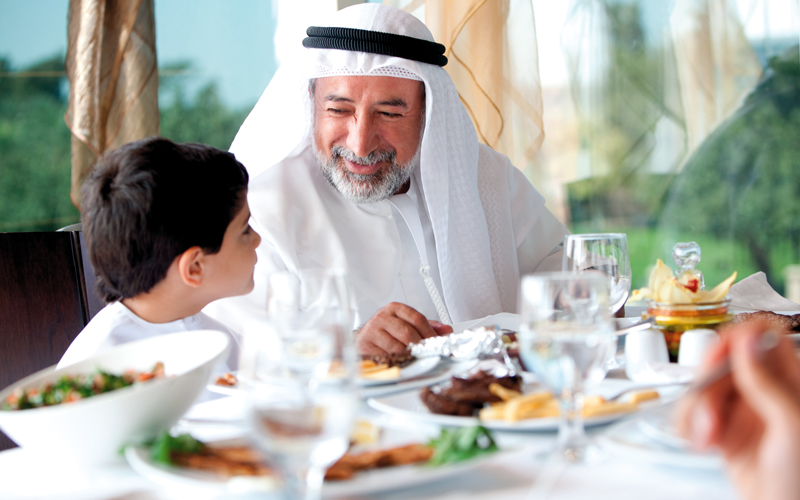 The director of the Center for Continuing Education and Professional Development at the University of Sharjah, Dr. Radi Al-Zubaidi, revealed that the UAE, represented by the local authorities in Sharjah, Dubai and Abu Dhabi, has provided many services to support the elderly, noting that 14,000 elderly people in the UAE enjoy high social status as they are an important part form the authentic social, cultural and religious environment, and they benefit from the services rendered to them by all institutions, both federal and local.

Today, at the Eleventh Forum for the Elderly, Al-Zubaidi discussed the global interest in the problems of aging, which has attracted the world’s attention since 1978, as one of the serious problems facing a growing segment of the world’s population. ; Protection of older consumers, housing, environment, family, social care, income security, employment, education and training.

The Director of the Ministry of Social Services in Sharjah, Ahmed Al-Mail, praised the efforts of the Emirate of Sharjah to provide a positive and sustainable environment for seniors, as well as to integrate them into social life through their participation in the most of the events organized by the emirate, which allowed it to be an active member of the global network of age-friendly cities, of which Sharjah is a member, in order to comply with the global standards of the network applied by institutions, departments and government, local and private departments.

Al-Mail said the forum represents a celebration of appreciation and gratitude at the hands of the daughters of societies, which has led us to the progress and prosperity we are today, and an embodiment of His Highness Sheikh Dr. . Sultan bin Muhammad Al Qasimi, member of the Supreme Council and ruler of Sharjah, who is reflected in his statement: “Man is the real wealth and the optimal investment for societies.” In accordance with His Highness’ guidelines to ensure the development of social services through the latest scientific practices and theories in social service at the level of all members of society.

The forum witnessed the inaugural ceremony of 5 winners of the “Green Heart” award, launched by the age-sensitive Sharjah office in the Ministry of Social Services in Sharjah, in its first session, and is the first of its kind dedicated to seniors , at the local and regional level.

For his part, the head of the Home Care Department of the Community Development Authority, Omair Obaid Al Rumaithi, has reviewed the creative initiatives implemented by the authority for seniors, such as payment cards, the “Waleed” service for senior citizens living alone, and the hotline . The authority also offered the SOS service available on smartphones as an emergency system. In the coming days, the “Temporary Rest” initiative will be launched, the details of which will be announced in due course.

In turn, Major Muhammad Suleiman Al Shehhi of Family Care Authority in Abu Dhabi said that serving the elderly is a duty for everyone because they are our foundation and our identity, so we seek the authority to provide all services to the quality of the family with a holistic perspective for it through its knowledge and detail and the work of studies and research, including studying the changing social needs of families, working on family support. Al-Shehhi emphasized that awareness of the reality of the elderly and his needs to guide and participate in all the activities of society is half the battle, next to putting him in the right place and in his true environment.

Kholoud Al Ali, director of the Center for Elderly Services at the Ministry of Social Services in Sharjah, said the department has launched some new creative projects, such as the “virtual babysitter” program, which only keeps in touch with the elderly resident so that an employee of the center communicates with him during and after official working hours. To monitor his affairs, monitor his current drug use, ask him about his needs and provide them immediately, through a virtual screen after obtaining his consent, and the program ‘living laboratory’, a smart room implemented with seniors in the care center or at home to allow them to adapt to the circumstances, in addition to a service “Meshwar”, which facilitates the transportation of seniors to the place they want by transporting them after registration of their request.