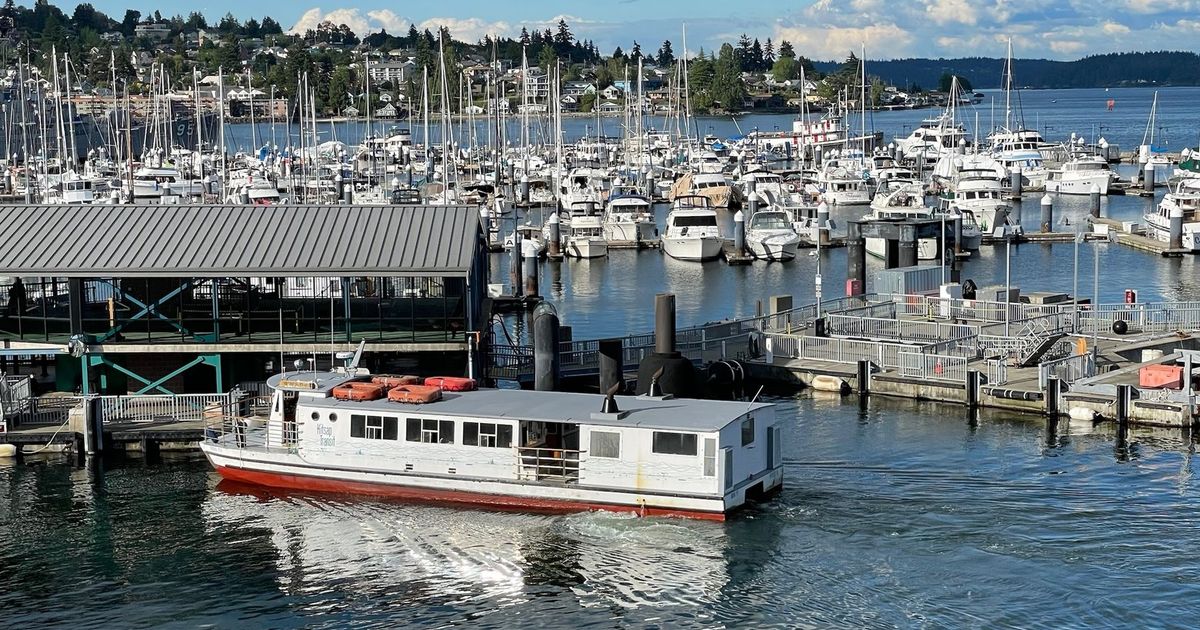 Some know the waterfront community of Port Orchard in Kitsap County as the setting for the fictional Cedar Cove in novels by Washington author Debbie Macomber. Others know it as a roost for Seattle commuters and workers from the Puget Sound Naval Shipyard, a mile north across Sinclair Inlet in Bremerton.

Locals like Samantha Smith, 44, a South Kitsap High School alumna, see the city for its potential to try new ideas while stuck in the small-town vibe.

“Community Plus Creativity” is the theme for two businesses Smith runs on Bay Street, the historic main road half a block from where Kitsap Transit’s pedestrian ferries make the 10-minute crossing to and from Bremerton.

She opened four years ago Josephine’s Mercantile, a cross between a high-end vintage store and an old-fashioned store in the former location of Rio’s Skate Castle roller coaster. Last April, during the pandemic, she opened Generation PNW, a store selling newly made Northwest goods and gifts in a building that once housed a Ford Motor Co. assembly plant and car dealership. were located. Twice a month she hosts Local, a pop-up market for potters, glassblowers and other artists.

“I just love my hometown,” Smith said. “I thought about living in Gig Harbor or Poulsbo, but my heart just said no,” chose Port Orchard over those two tourist spots.

Curious about more? Hop aboard a ferry for a day trip on a sunny Saturday. (Other days are fine, but Saturdays are where you’ll find the farmers’ market.)

Here’s the plan, including 11 recommendations for your Port Orchard day trip.

With views of the Olympic Mountains and Mount Rainier, a ferry ride across Puget Sound to Bremerton is a bargain. It is a 20-minute drive from Bremerton to Port Orchard in South Kitsap County. But instead of bringing the car, I recommend walking the Washington State Ferries (an hour from the Seattle waterfront to Bremerton) or taking the Kitsap Transit passenger express ferry (30 minutes from the waterfront). Then, in Bremerton, follow signs for the Port Orchard Foot Ferry for a 10-minute $2 Sinclair Inlet ride.

If you’re lucky, Kitsap Transit may have the refurbished Carlisle II, built in 1917 as part of the Puget Sound Mosquito Fleet. Otherwise, you might be aboard a new electric ferry, or the older Admiral Pete, built with nostalgic details like brass railings and wooden cup holders.

Follow the sound of violin music to Saturday Port Orchard Farmers Market on the waterfront just east of the ferry dock and marina.

Wander among the stalls covered in white awnings to find microgreens grown by Wildwood Hollow Farm; bacon and chops from Foggy Hog Farm, which raises “pigs with a purpose”; and cotton candy spun with organic sugar by Sunshine Acres Family Farm.

Members of the Washington Old Time Fiddlers Association serenaded. Among the artisans is Kari Lassila of Thrifty Needle, who works behind her grandmother’s black Singer sewing machine to create an array of upcycled crafts.

“I actually keep things out of landfills,” she joked recently on a Saturday, pointing to her display of purses made from old cargo pants, tote bags made from pillowcases, and colorful dog poop bags knitted from sock yarn.

Walk one block south from the waterfront and find Carter and Company on the west side of Bay Street.

Owners Matt Carter and John Strasinger describe their storefront as the “happiest place in town,” and it just might be the crowd queuing for orange and chocolate chip ice cream, chocolate-dipped bacon slices and handmade truffles.

A plant-filled back patio invites you to linger over lunch or dessert. Carter’s passion is chocolate, but in warmer weather the emphasis is on keeping the cases filled with miniature cheesecakes, fruit tarts, panini sandwiches and savory brioche filled with ham and brie; mushrooms and smoked provolone; and sometimes even meatloaf.

Port Orchard was plated as the City of Sidney by Frederick Stevens in 1886 and became known for its lumber, pottery factories, and the small businesses that provided services. The center of town was and is Bay Street, depicted in a mural on the side wall of the Sydney Art Gallery and Museum†

Long known as fertile ground for antique hunters, the shopping district has evolved with a mix of new and old businesses.

Next door is the free Living Veterans History MuseumOpened 14 years ago by Coast Guard veteran and former lighthouse keeper Dale Nitz, 77, to house his overstuffed collection of military artifacts.

A varying rotation of memorabilia can be seen on the sidewalk, including a newly acquired framed set of medals from a soldier who collected 11 Purple Hearts.

More modern shops and galleries can be found on the west side of Bay Street.

there is Wilkerson Port Orchard Gallerywhere owners Glen and Shelly Wilkerson display their own photographs and paintings, as well as the work of other local artists.

Inside the Port Orchard . Public Marketa space for vendors selling handmade and local products, Leanna Krotzer of Leanna’s Art and Coffee sells antique teapots and cups — and bakes homemade cinnamon rolls in a kitchen behind her cash register.

The first Dude’s Donuts cafe will be coming soon. The vegan and gluten-free donut company, owned by Pegasus Coffee of Bainbridge Island, wholesales 30 cafes around the Puget Sound, “but we haven’t had our own window display,” says owner Matt Grady.

“There’s been a lot of talk about trying to make Port Orchard more of a destination,” he said. “We’re excited to be a part of that.”

Dining by the water

Close to the ferry dock and farmers market is Peninsula BevCo, with a spacious outdoor patio, a long list of Northwest brews on tap, and a dozen varieties of filling tacos that transport diners to Thailand, Vietnam, and Hawaii.

Worth the 2 mile walk mostly along a new paved bike and walking path along the water is the ? Whiskey Gulch CoffeePub, a local favorite. (You can also take the Kitsap Transit bus; look for the 9.)

Try to get a seat overlooking the water at Whiskey Gulch. Order a coffee cocktail or your choice of several dozen whiskeys, then choose from a menu that features a surprising variety of vegetarian items such as smoked sweet potato tacos and “not-so-pork sliders,” made with jackfruit tossed in a peach barbecue sauce.

With your stomach full, all you need to do is take a few ferries back to the Seattle waterfront.

Port Orchard Farmers Market is open Saturday through October from 9 a.m. to 2 p.m.

Check Washington State Ferries timetables at wsdot.wa.gov ($4.60-$9.25 round trip; $28.10-$41.80 with car). See kitsaptransit.com for Kitsap Transit schedules, including the Bremerton to Port Orchard pedestrian ferry ($2; ferries run every half hour) and the Bremerton-Seattle high-speed ferry ($2 to Bremerton, $10 to Seattle; service Mondays until Saturday) . Both systems accept the ORCA card.