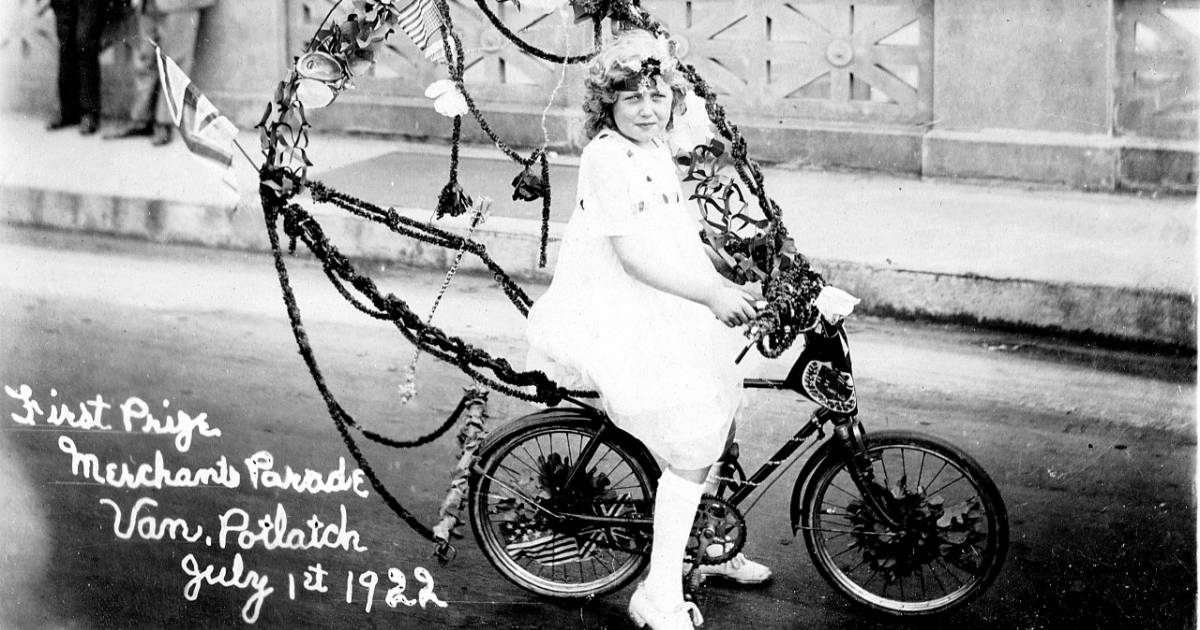 A sentimental Englishman shares an age-old photo of his mother in Vancouver to brighten up Canada Day Georgia Straight readers.

Frank Carpenter, a resident of West Sussex, sent the above photo in an email dated June 24. The accompanying text described the subject of the photo as his mother, Mabel Clark-Jones, at age seven.

The location of the photo, perhaps on a bridge, is not given. It seems that the little girl, Mabel, took first prize in some sort of merchant parade on Dominion Day in 1922 (the holiday changed to Canada Day in 1985).

“Mabel, whose family lived on Victoria Drive at the time, was a student at Laura Secord School,” Carpenter said in the email. She excelled in ballet and performed at the Orpheum and took courses in business administration before leaving in 1937 for a tour of her family in England just before the Second World War.

“While there (in Surrey, England), Mabel met and married my father: Cyril Carpenter, in 1939, but because of the war, and later having a child… I… she never returned to Vancouver, but she always longed to do a lot.”

Carpenter went on to say that Mabel’s father, his grandfather, was Frank William Clark-Jones, a well-known cyclist at the time who later ran a bike shop somewhere on Broadway.

“I’ve been fortunate to have grown up getting to know and love Vancouver,” Carpenter continued in the email, “and I’ve had the privilege of visiting the city and meeting my relatives, including the previously said cyclist, my deceased grandfather. , a number of times.”

He said he initially thought the photo was taken by someone with the… Sun or Province newspapers of the day, but now believes it was the product of an “entrepreneurial photographer at the event”.

Carpenter concluded on a celebratory but wistful note: “As you know better than I do, Vancouver is a beautiful city, in a beautiful location, and in reality I’ve always felt like my second home. It’s a city I feel about. very sentimental, and so in a way I hope you’ll want to publish this ‘beautiful photo of a little girl from long ago’.”