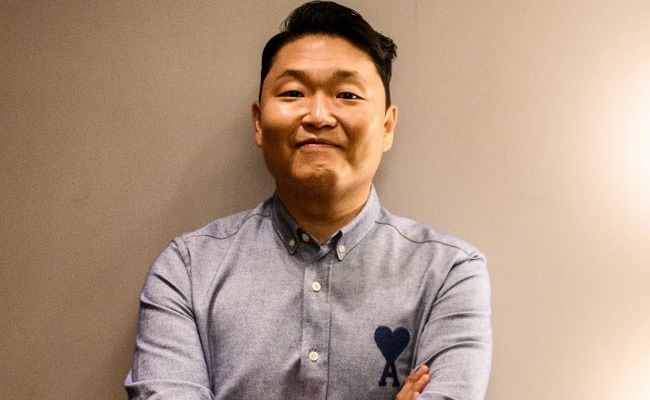 Psy, whose real name is Park Jae-sang, was a South Korea superstar well before “Gangnam Style”.

Ten years after “Gangnam Style” became a global phenomenon, South Korean rapper Psy is living his best life – proud of his “biggest trophy” and free from the pressure to repeat that unprecedented success.

Uploaded to YouTube on July 15, 2012, the song’s wacky music video became a runaway mega-hit, with its signature horseback riding spawning thousands of imitations, spoofs, and spin-offs.

It was the first YouTube video to reach a billion views, and in doing so, Psy achieved what K-pop acts before him couldn’t: worldwide recognition.

At the height of the song’s popularity, he was everywhere – sharing the stage with Madonna, leading a flash mob in front of the Eiffel Tower, and performing for US President Barack Obama.

But the success of “Gangnam Style” was a double-edged sword – with fame came the pressure to deliver another huge hit. Psy once described it as one of the most difficult periods of his life.

Things got “heavier and harder because…every time I had to have such a strong number,” Psy said in an interview last week at his company’s headquarters in Gangnam – the posh district of Seoul that he makes fun of. got in the way.

“Gangnam Style” not only changed Psy’s career, but also the music industry, demonstrating how an artist who doesn’t perform in a dominant language like English can reach an international audience over the Internet.

It also led to a change in the way music charts were compiled, causing Billboard to consider YouTube views and streams.

K-pop acts “are really big on YouTube, they get a lot of views,” Psy said.

Psy’s pioneering role has been recognized by some of the biggest names in K-pop.

“He’s always been someone I was grateful for,” Suga, a member of the hugely popular group BTS, said in a video last month.

“With Gangnam Style, he paved the way for K-pop in the United States… We were able to follow in his footsteps with ease.”

Psy, whose real name is Park Jae-sang, was a South Korea superstar well before “Gangnam Style”.

He cites Queen as his earliest inspiration – while in high school he was watching a video of the British band’s famous 1986 Wembley concert.

“I thought, I want to be a frontman like him (Freddie Mercury),” Psy told AFP.

“At that time I wasn’t very good at music, not a great singer… I was just a funny dancer.”

While studying at university in the United States in the late 1990s, he was exposed to what many have described as one of the golden ages of hip-hop, including the music of rappers Tupac Shakur and The Notorious BIG.

“I heard hip-hop on the radio literally every day,” said Psy. “I thought, oh, if I can’t sing that well, I should rap. Then I can be a frontman.”

He made his debut in 2001 and quickly made a name for himself with humorous and explosive stage performances and won several awards.

Unusually controversial for a Korean pop star, several of his past songs and music videos received adult ratings because of what state censorship saw as bad language.

Since the explosive success of “Gangnam Style”, Psy has released three albums.

The latest, “Psy 9th”, was released in April by P NATION – the record label and artist agency he founded in 2019.

Psy insists he is far from done, dividing his time between his own music and concerts and working with P NATION acts. And “Gangnam Style” remains a huge source of pride.

“It’s the biggest and best trophy of my life,” Psy told AFP. “When I do (a) show, that’s my strongest weapon.”

This was demonstrated during a performance at Korea University in Seoul last week, when a heaving crowd chanted along to every word during an energetic set of songs from his first album more than two decades ago, as well as his latest.

It has not escaped Psy’s attention that young audiences know all the words to songs released before many of them were even born.

“Nowadays (I tell myself), ‘Wow, dude, you’re very popular. They love you!’

“How lucky I am as an artist. I am happier than ever these days.”