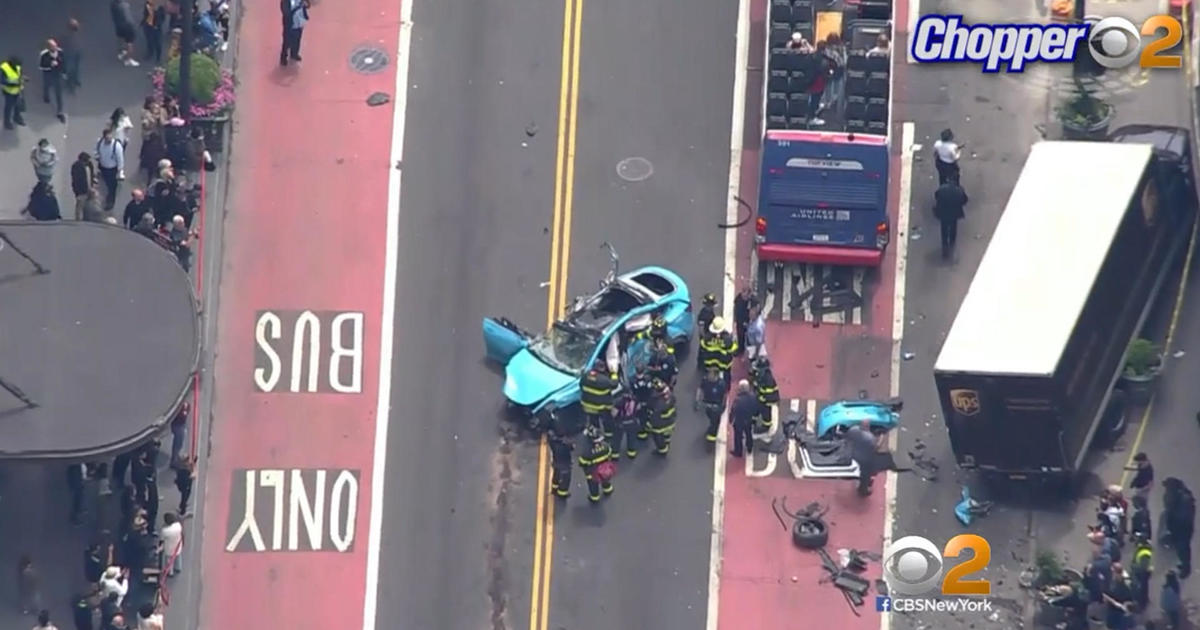 NEW YORK – A person has been hospitalized after a serious accident on 34th Street in Manhattan.

The FDNY says it happened around 11:15 a.m. Tuesday on 34th Street near Seventh Avenue.

The car involved crashed into a UPS truck and a double-decker tour bus.

One person has been taken to Bellevue Hospital.

The accident closed 34th Street from Sixth to Eighth Avenue.

A witness told CBS2 that the car involved – a Revel – was traveling at high speed and tried to get between the tour bus and the truck, but failed and collided with both.

“We are aware of the crash and are investigating the circumstances. We can confirm that there was no passenger in the car,” said a spokesperson for Revel.